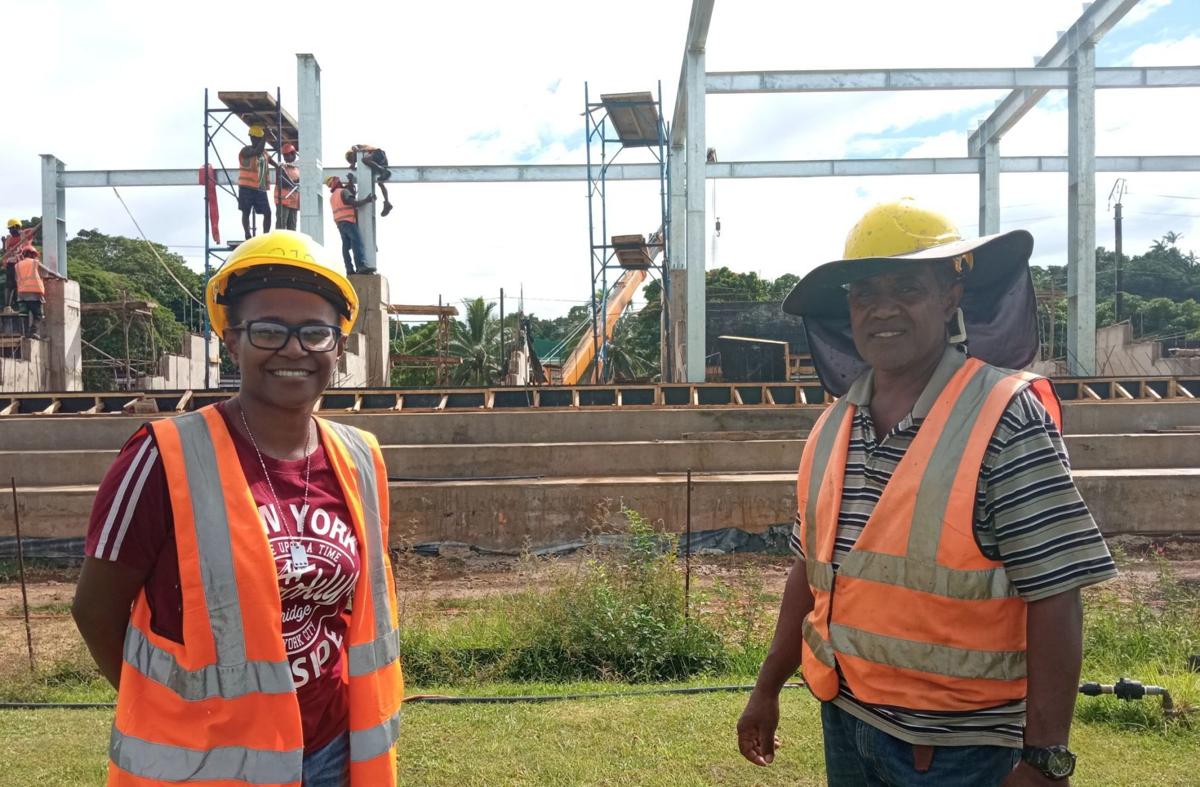 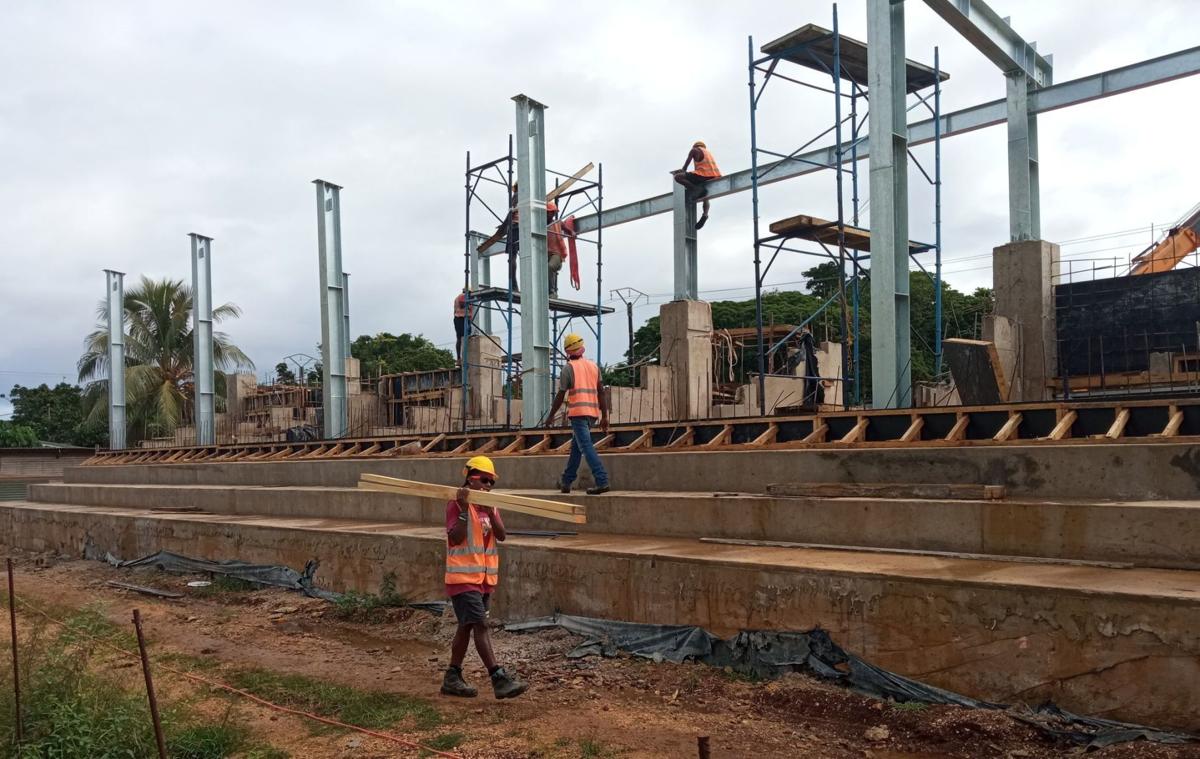 Promoting student and women participation in Construction is a vital tool for Ninane Construction. 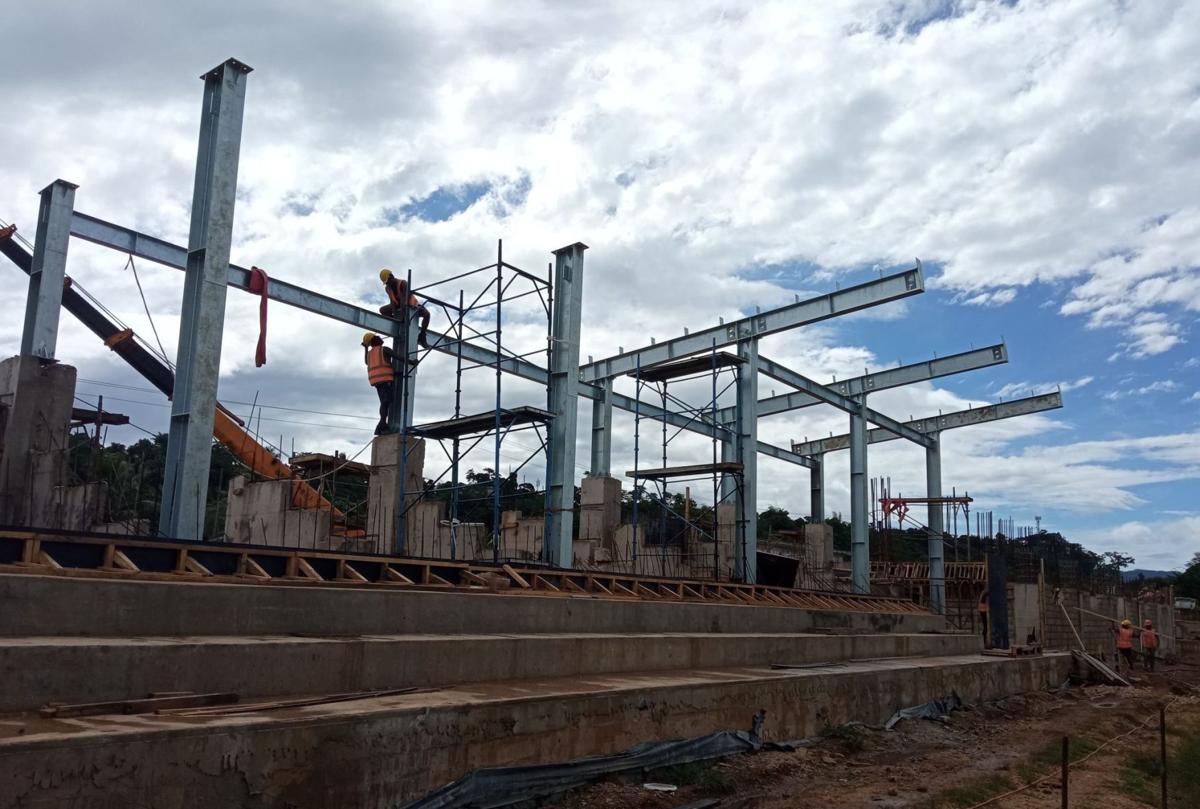 Promoting student and women participation in Construction is a vital tool for Ninane Construction.

In July 2020, the Ninane Construction, a local construction company, in a joint venture with the Atom Limited had won the bid to officially launch the project working site alter in August.

Ninane Construction Foreman, Mr David Naivaka stated that currently work progress is going very well adding that the working team is addressing the main grandstand and its two wings with all footing and foundation of all grandstands implemented effectively.

“Grandstand walls are up. We are working on beams and steps for spectators with spectator seats over 30% of works completed.”

With over 50 workers employed within the contract, the Ninane Construction administrator, Lian Timothy confirmed that the working team consists of Vanuatu Institute of Technology (VIT) students, women and more importantly local workers.

She stated that the agreement deadline is January 22nd 2022. With the current work momentum, Mr Naivaka said the project should be complete by the end of this year.

Mr Naivaka commented that it is a first ever FIFA project in which a local construction has won the construction bid. He further appealed to all local construction companies in Vanuatu to continue aim high and prove that we all have the means and resource to address such bigger projects.

The foreman is proud to be part of the team and is looking forward as well into the completion of the VFF Freswota project funded by FIFA.

The Freswota Stadium will indeed cater for numerous competition games in country.

It will definitely address a longtime challenge for VFF and its Member Associations, especially the shortage of soccer fields, to host soccer games and soccer development programs as well.