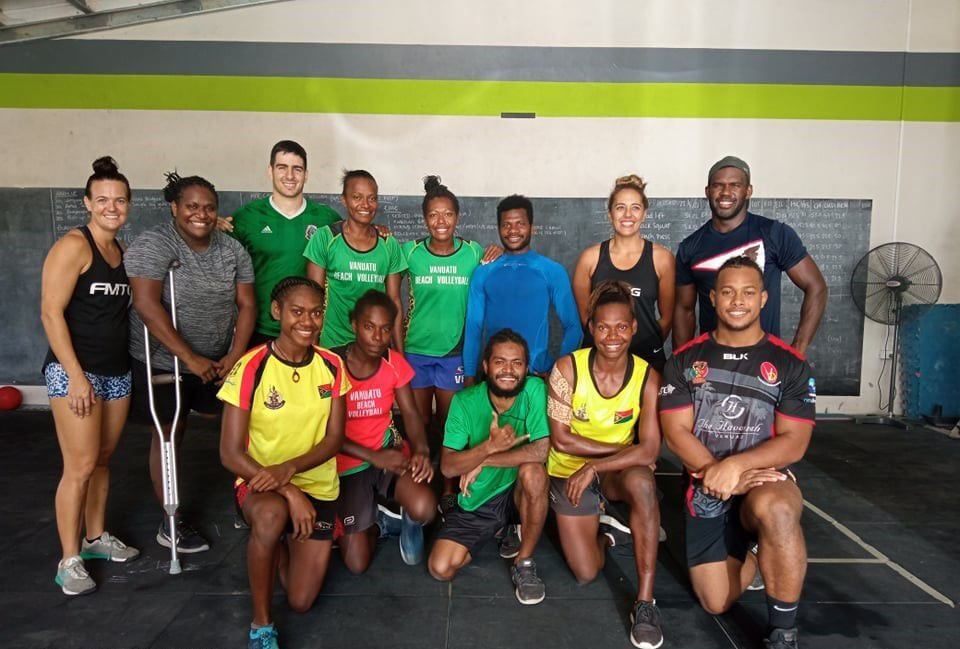 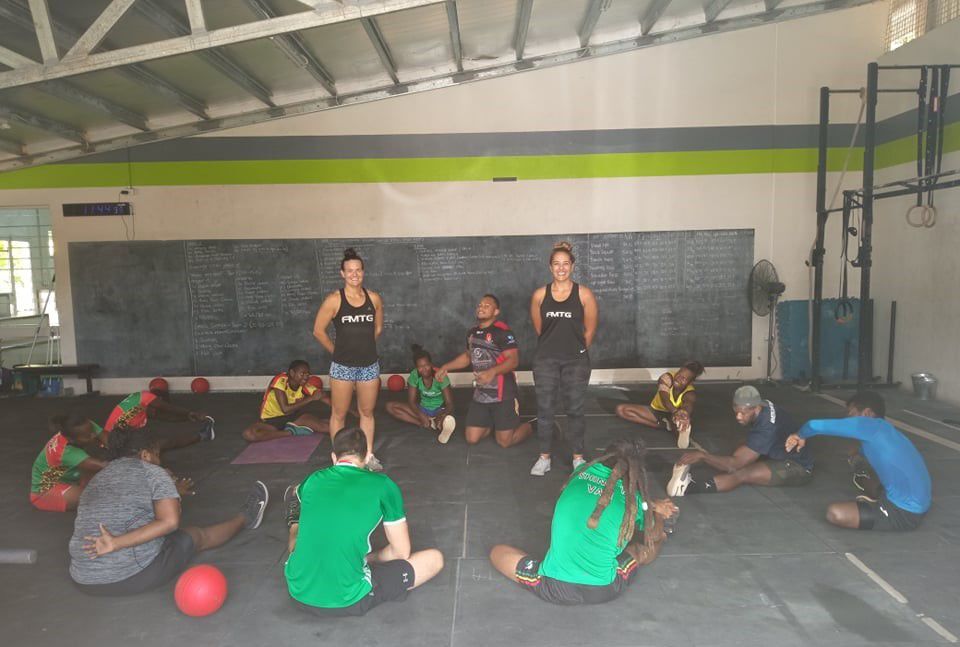 Preparations towards the upcoming Tokyo Olympic and Paralympics in August this year is going great for the Vanuatu team whom have been going through trainings since November 2020 at the CROSSFIT FMGT fitness center near the Tennis club complex.

VASANOC has approved for few sport disciplines in country to participate in a High-Performance Program, especially the most capable sport disciplines who have the best chance of qualifying to ensure all is fit to compete in the International competition to be staged in Tokyo, Japan.

Sally Ernest, FMTG trainer, who has been working with the athletes since November 2020 said that the athletes are ramping up now and hopefully teams will be leaving to go for qualifiers for the Olympic games now.

With trainings held twice a week, on Tuesdays and Fridays for cardio and strength sessions, Mrs Ernest stated that couple of the athletes already have their places and so FMGT is really working hard with everyone to get them the fittest they can be for the Olympic games.

“We’re really looking at trying to build their strength so they can be competitive at the world circuit in the discipline that they need to compete in.

“Trainings have been going really good with all athletes showing their dedication and commitment. Obviously, with borders shut, it’s been hard for some of them to compare themselves to other athletes around the world. Some of them don’t have competitions at the moment so there is no one in Vanuatu to compete against.

“Particularly our para-athletes, Ellie and Ken have done some trainings and testing last week with both gaining massive Personal Best which was really impressive. All our athletes are doing well, with all turning up in all sessions so were helping them become the best they can be,” said Ms Ernest.

The VASANOC Sport Development Officer stated that improvements are there, especially after the Xmas break, and all are definitely getting stronger, fitter and faster adding that outside from their sport trainings, this team environment is doing really well.

“They feeding of each other, with all sport disciplines bringing a different vibe and all combining it together to get what we call the HPP,” said Mr Lolo.

He confirmed that there was a long list of applications from the Sports Federations in country however VASANOC over discussions, broke down the list to which disciplines have the best chance to qualify.

VASANOC acknowledged the ANOC for their support through the grants and VASANOC is wishing all the athletes the very best in their preparations as well. With the COVID19 difficulties at the moment, VASANOC wants all athlete to concentrate on their trainings and making sure they getting the right and best coaching available to them at all times.

Ms Ernest acknowledged all participants attending the program as all have been wonderful examples of what anyone can do if you set your mind to whatever goals, it is that you have.

She encouraged all children in Vanuatu to set that goal, believing in yourself and the world is yours.

“You can make it,” said Mrs Ernest.