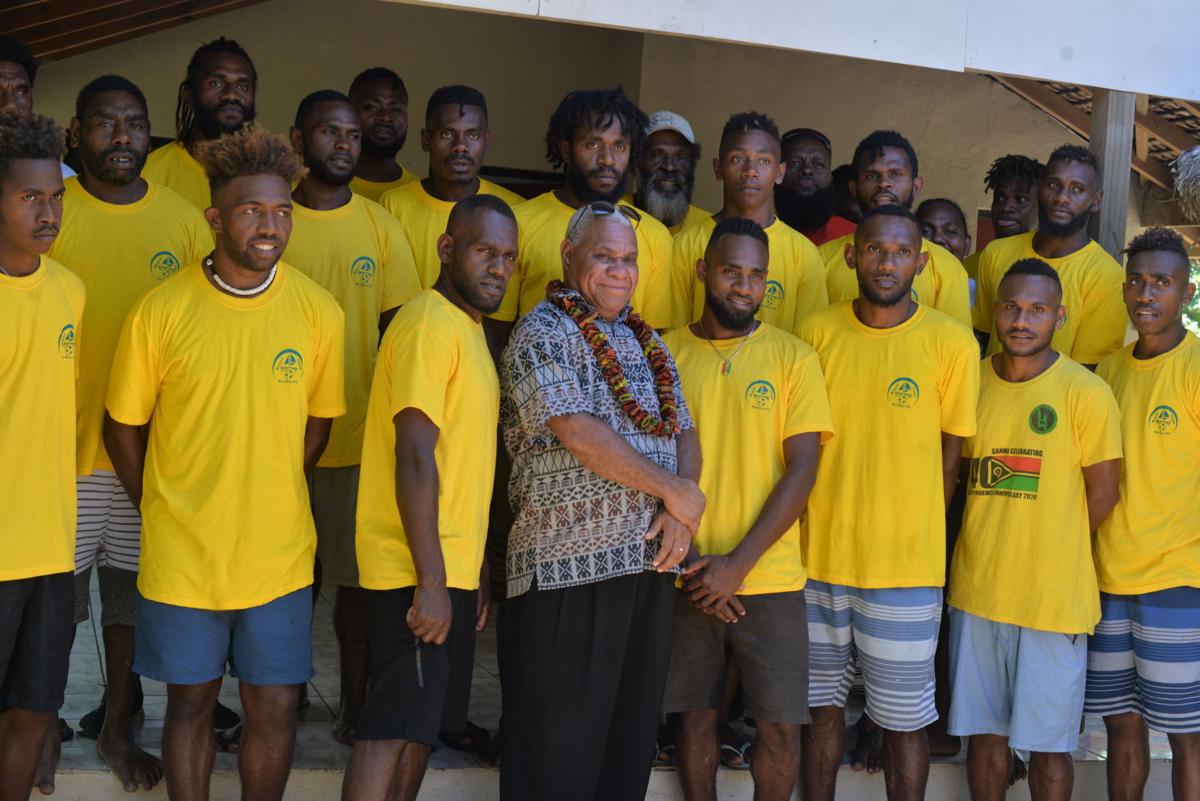 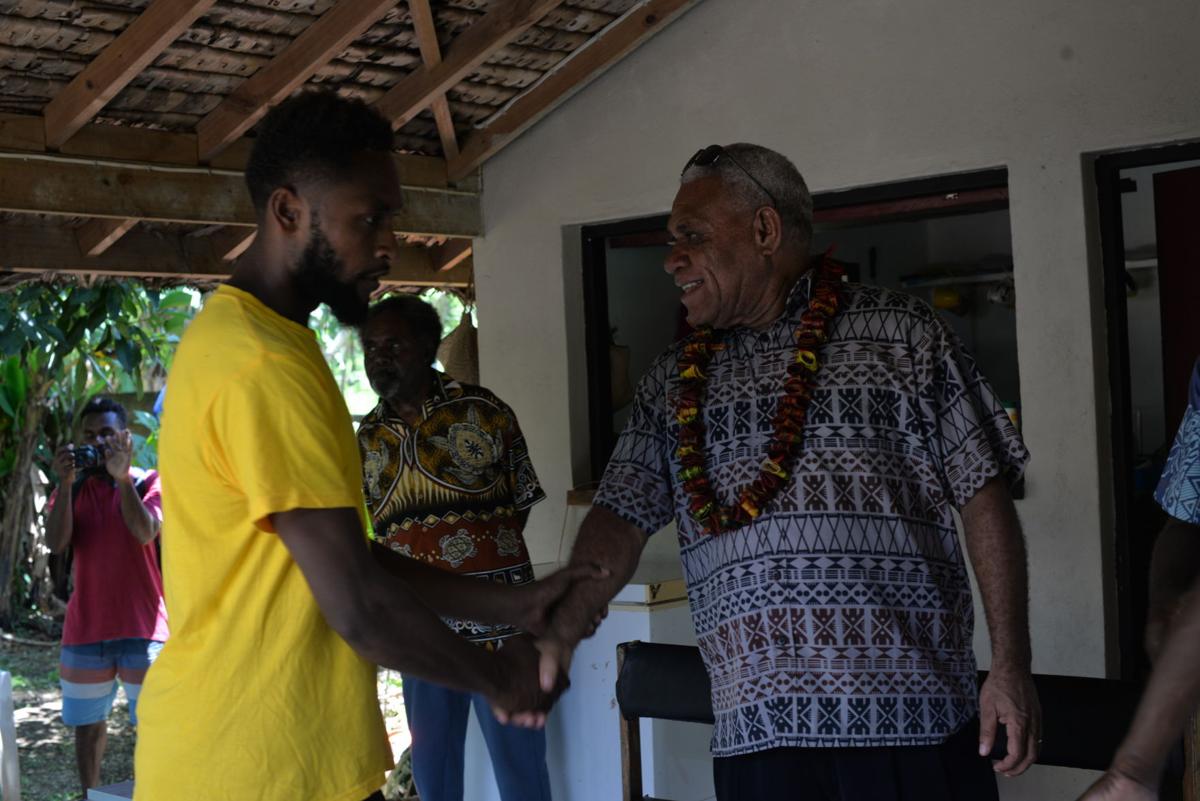 The Pentecost champions from North Pentecost from Aute Island  have been qualified to the national league for the second time this year and these young team are motivated for today's match.

Prime Minister Mr Loughman acknowledges the team executives for the invitation which allows him to meet and greet  the players.

" Thank you for the invitation it is a good opportunity for me to come and congratulate you players and also encourage you for the semi-final tomorrow(today)," Loughman said.

Ruerue FC was established in 1958 have made tours around the country, toured Ambae six times, Malekula 3 times, Santo 3 times and this is the sixth time the team is in Vila.

The highlight of the team's performance was last year when they won Vt1M in a football tournament in Central Pentecost.