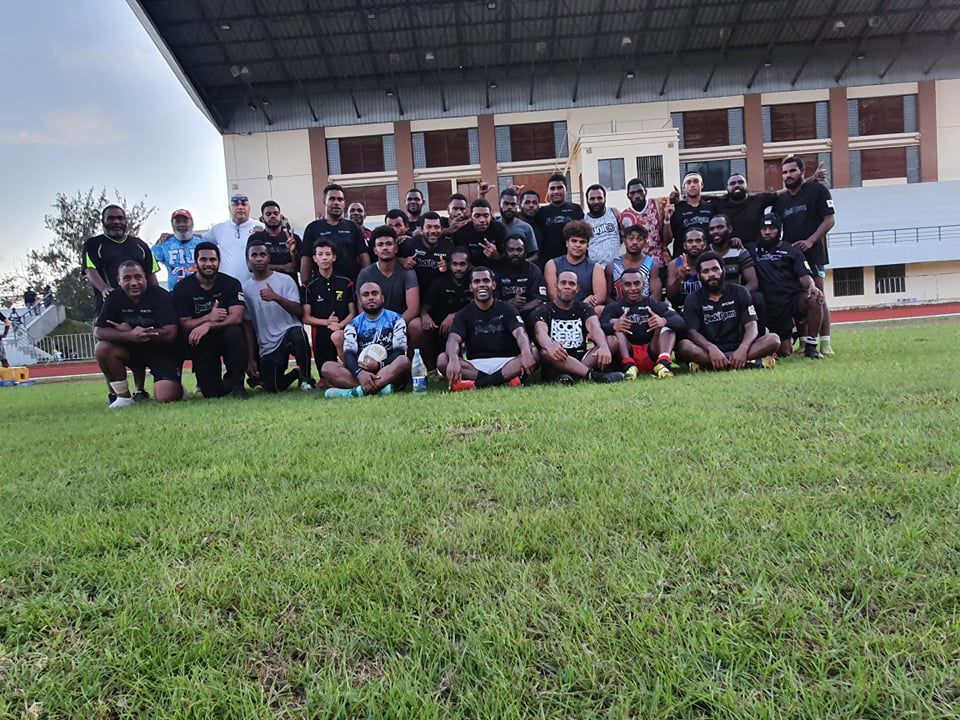 The Ovins rugby side proved themselves too strong from the opening whistle having a strong and powerful forward pack and fast wingers on the sides which saw Kaltap scoring their opening try and conversion successful from the boots of team skipper Keleto Doloka.

Ovins continues to penetrate through the USP defence who only had to blame themselves for basic errors which allowed Ovins to capitalise and scored their second try through centre Benjamin and conversion was unsuccessful.

USP bounced back just minute to half time scoring a try and was successful with a conversion. Ovins lead 12-7 at the breather.

The men in blacks lifted intensity in the opening of the second half maintaining their game structures and were ruthless in their defence denying USP chances. Ovins scored their third try through impact player Jerry following his follow up in their missed penalty which USP failed to counter from their own territory and Keleto Doloka was successful with the conversion. Doloka further extended their scoreboard with another kicked penalty.

USP forwards who looked tired kept their composure and scored their second try through big man Ben and was successful with their conversion. USP fought back in the last two minutes of play but was too late to win the game.

Ovins head coach Thomas Bruce said; “ Congrats to the team for winning the game and must work harder for the finals. Also we thank USP for giving their best.”

Bruce also acknowledge the supporters for turning up in numbers yesterday.

“We thank the supporters for the spirit of support and 40 years independence celebration for the big turnout,” he added.

The finals will be held on July 30.