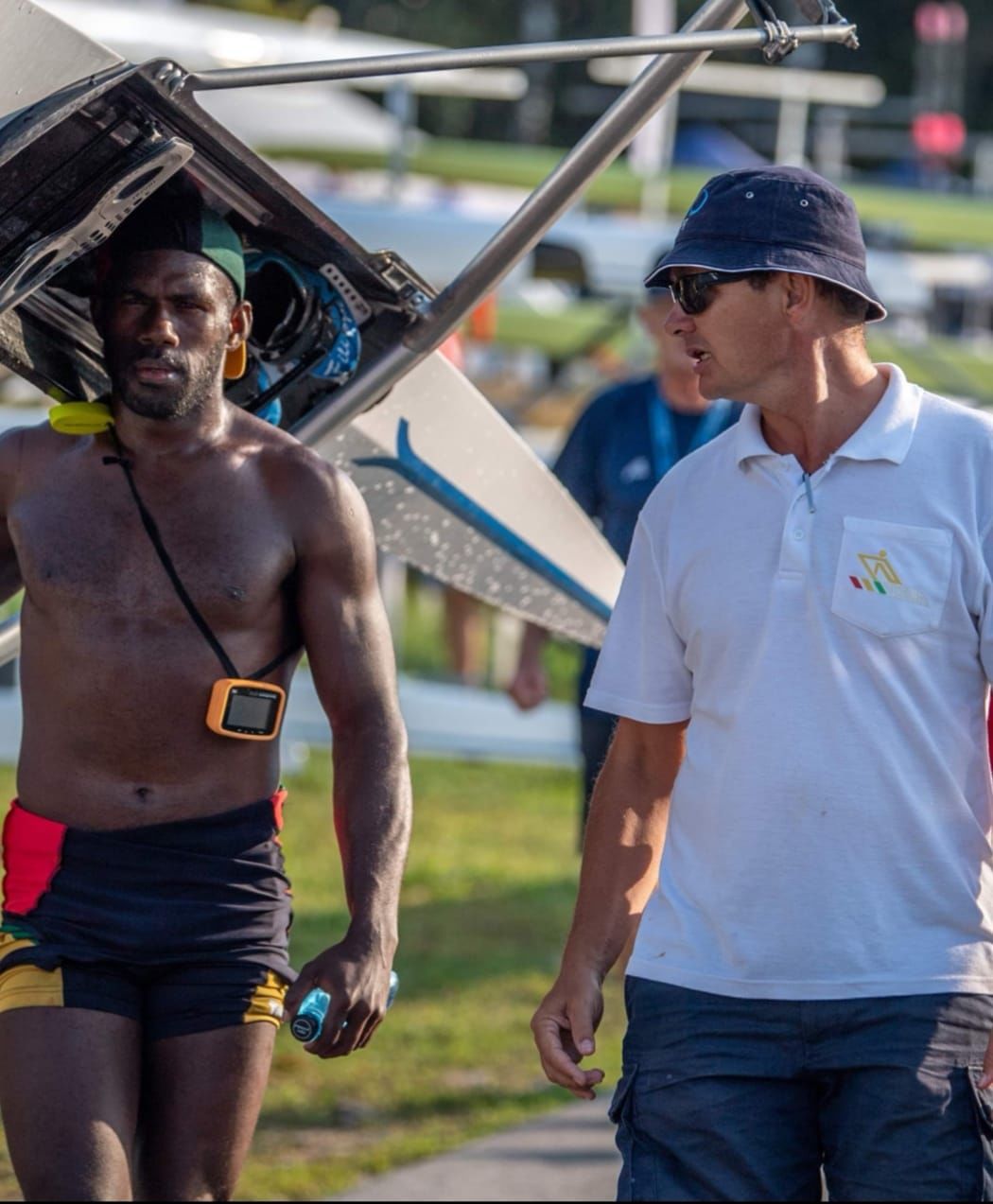 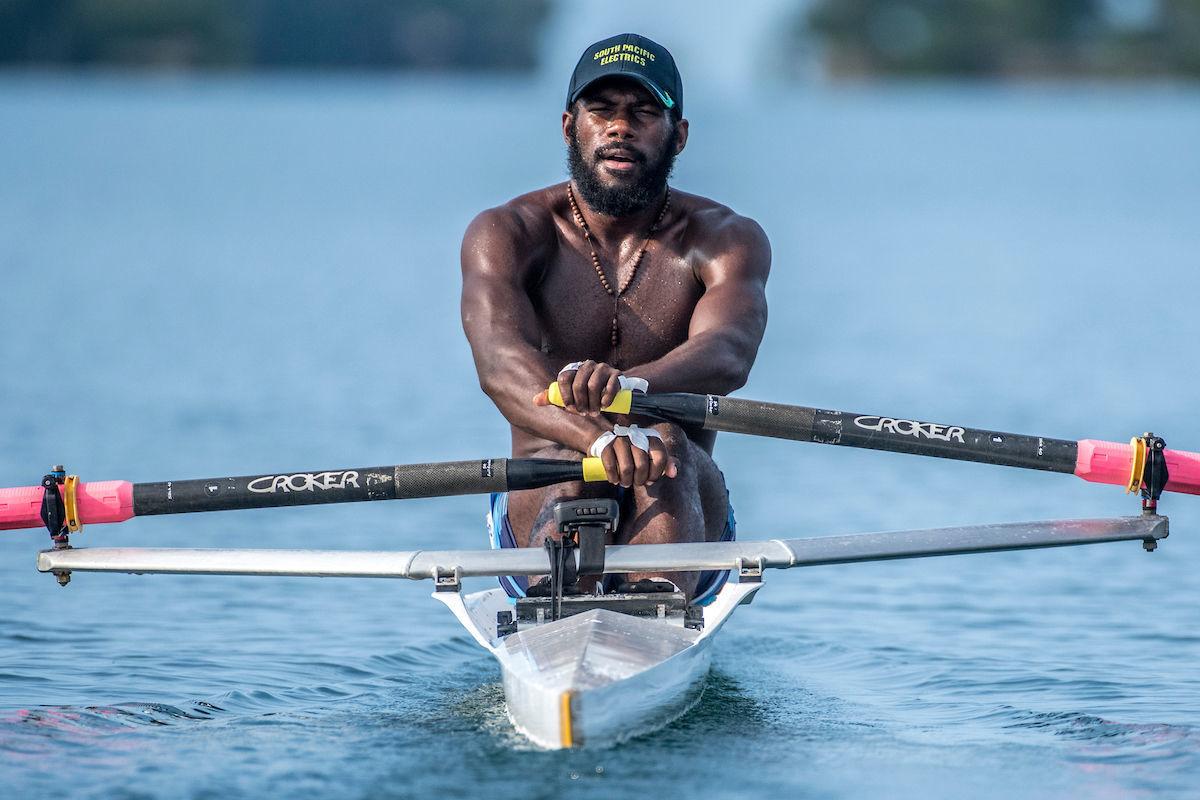 Rio is back on the water preparing for Tokyo 2021. Photo: Steve McArthur

Rio is back on the water preparing for Tokyo 2021. Photo: Steve McArthur

This week, would have been one of the most intense training periods in Rio Rii’s rowing career. Rio is Vanuatu’s most successful rower and one of our most successful athletes in recent times, but that comes with great commitment and hard work.

Last month before departing for international competition is all about conditioning the body and the mind for racing. However, life has been very different since Covid- 19 turned the world on its head and postponed the Tokyo Olympic Games.

It is hard to imagine how this could have happened even six months ago. Rio was at a training camp with the Queensland Academy of Sport high performance program.

His squad was rowing 120kms a week and working out in the gym every day; training up to three times per day, six days a week.

Rio was tired but performing well and improving every day against his Australian rowing friends.

In mid-March Vanuatu Rowing Association head coach Andrew MacKenzie had been in contact with Ben, the head coach of the Queensland academy program, and were discussing Rio’s race preparation at the Australian Championship regatta, the last big race before the Olympic selection regatta in South Korea.

A week later, and after three months in Brisbane, they all decided that Rio should come home. It was clear that the decisive action by the NDMO to keep covid-19 out meant that the borders were going to close. Rio left his Australian friends without much notice and took one of the last flights out of Brisbane.

Still, at that point, the Olympics were scheduled to go ahead, so they kept up the training as best as they could. However, with each passing day, it became clear that things were not going to plan. When the IOC announced the postponement of the Olympics for twelve months, the journey, that began three years ago and was meant to end in late July, was thrown out the window.

On reflection this has been a physically and emotionally draining experience, and something that head coach Mr MacKenzie never experienced or encountered in his 15 years as a coach.

“We took a break during the first state of emergency and did what we could to stay healthy and focus on looking after our families during a difficult time. When it became clear that covid19 had been stopped at the border, and the community was carefully breathing a sigh of relief, we had to find the motivation and inspiration to get back into training.

“I must admit, I needed to draw on Rio’s moral strength and enthusiasm as he drew on his own faith and determination to refocus and set new goals. With the Olympics now fourteen months away, Rio took matters into his own hands and shifted his attention from on water training to the gym.

“Rio joined with the national beach volleyball teams at the CrossFit FMTG gymnasium to improve his general strength and agility, and even taught the volleyballers how to use the rowing machine properly.

Sal and Monty from FMTG have been fantastic, encouraging Rio to take ownership of his development and setting his own training goals.

“Rio has even started to volunteer with junior x-fit classes; learning about strength and conditioning coaching, which is a possible future career after he retires from rowing.

We are now back on the water four mornings a week and looking forward to the new challenges as we re-set for Tokyo 2021. Sal is pushing Rio to lift bigger weights and be stronger than he ever was. The next year is about making the most of the extra time to go faster in the boat,” head coach said.

Rio’s attitude and determination can be summed up in one word; Resilient.

This year, so many Ni Vanuatu have had their lives turned upside down by TC Harold and the Covid19 pandemic. Like Rio, the ordinary Ni Van citizens are used to picking themselves up, setting new goals and finding the strength to go on.

“I have learned a lot from the Ni Van way of dealing with crisis. In many ways, what seems catastrophic and unprecedented is simply a different version of the crises that so many communities in Vanuatu have experienced, adapted to, and recovered from for generations.

“That is the definition of resilience. I hope we are in Tokyo in 14 months’ time, walking into the main stadium under the Vanuatu flag at the opening ceremony. More importantly I hope to be here in Vanuatu for much longer, drawing strength and learning from the resilient spirit of Rio, his rowing friends and the Ni-Vanuatu more generally,” coach MacKenzie wrote.