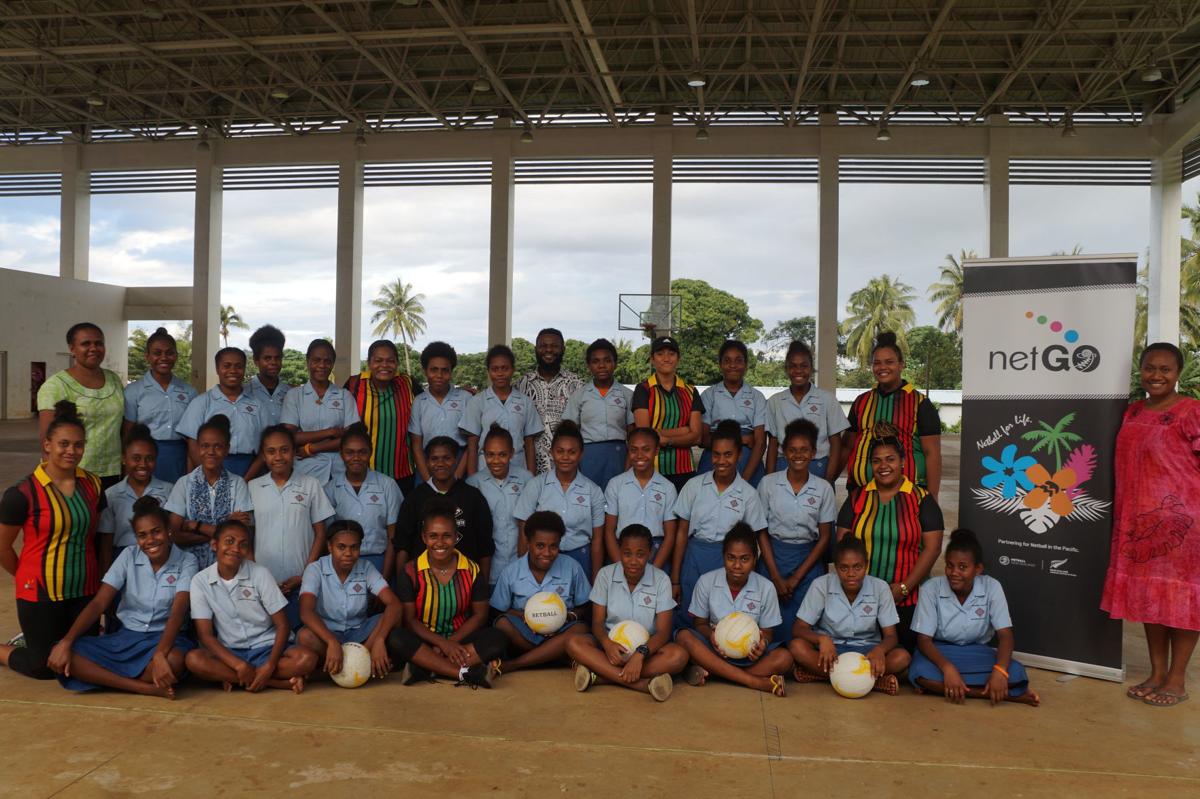 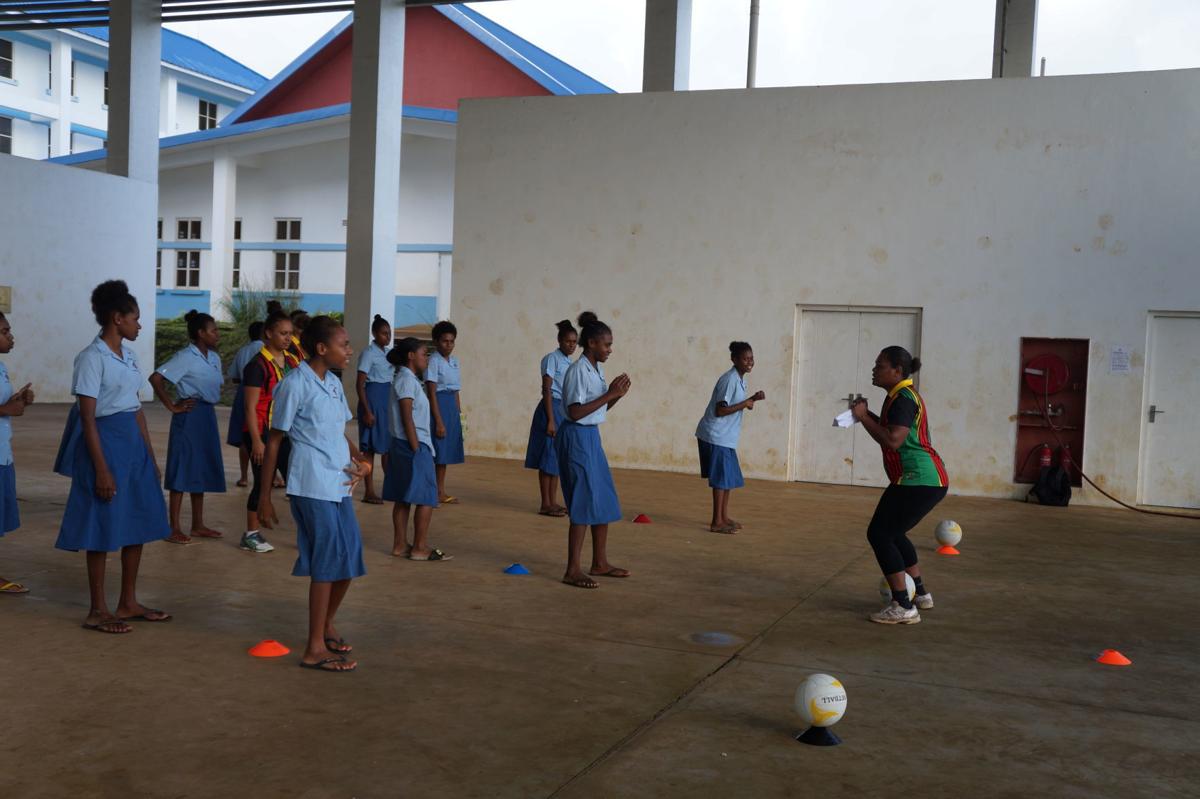 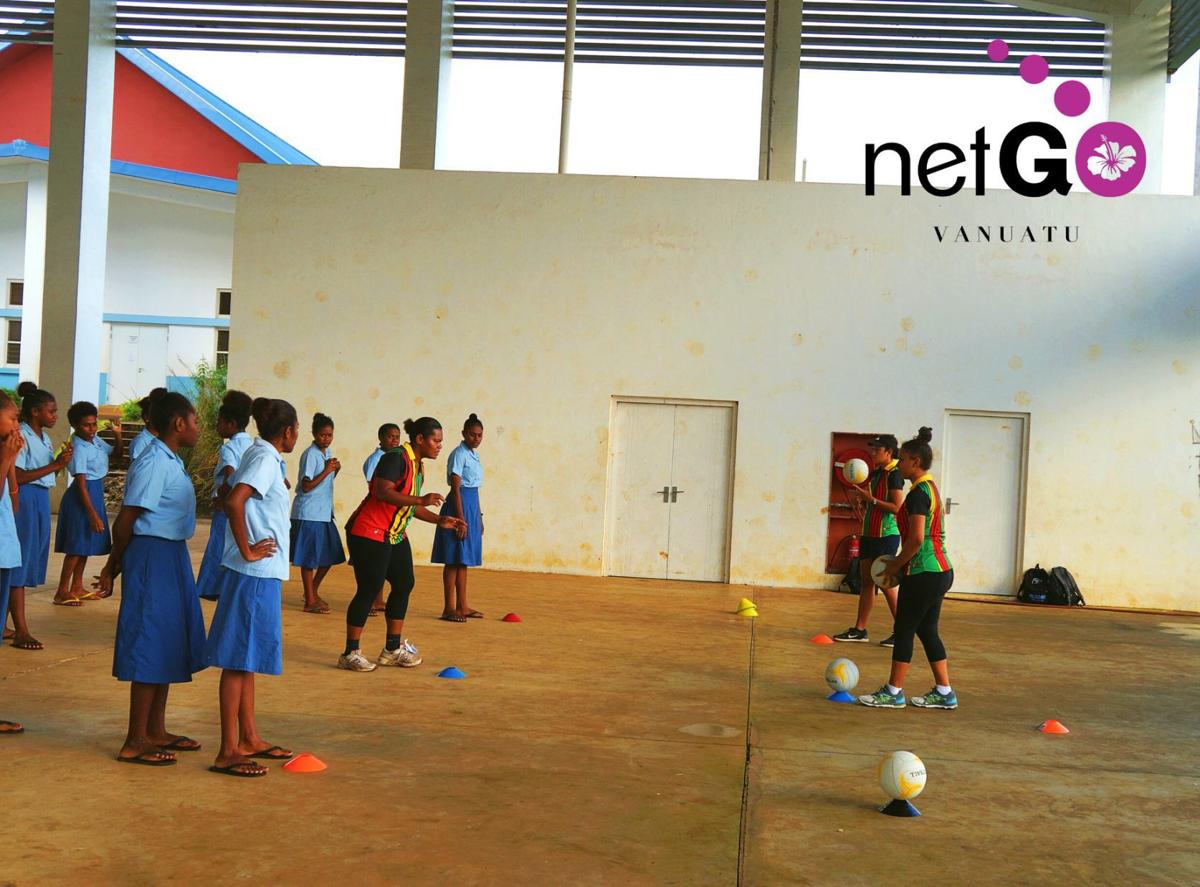 NetGo Vanuatu continues to spread netball message to schools around Port Vila and on Wednesday the group visited Malapoa College for netball clinic.

Programme country coordinator Virginia Taravaki said; “It was a wet, muddy and slightly cold afternoon for our awareness at Malapoa College but we prevail and made it through all in one piece.

“Healthy lifestyle awareness went through to the students on “Eating healthy — protects you from contracting NCDs” and the importance of hand washing as the world is going through COVID-19,” she stated.

Vanuatu Family Health Association, Program Manager Julius Moffat gave out information on Sexual Reproductive, that is not only important for women in general but especially for women active in all sport.

The afternoon ended with some netball activities from netball volunteers and.

“All this would not be possible without the help of everyone behind the scene. Thank you Netball New Zealand for the great support, the volunteers, Vanuatu Family Health Association, Vanuatu Netball and to the school, Malapoa College for allowing NetGO Vanuatu to use the facility to run our awareness, TANKIU TUMAS,” Taravaki concluded.