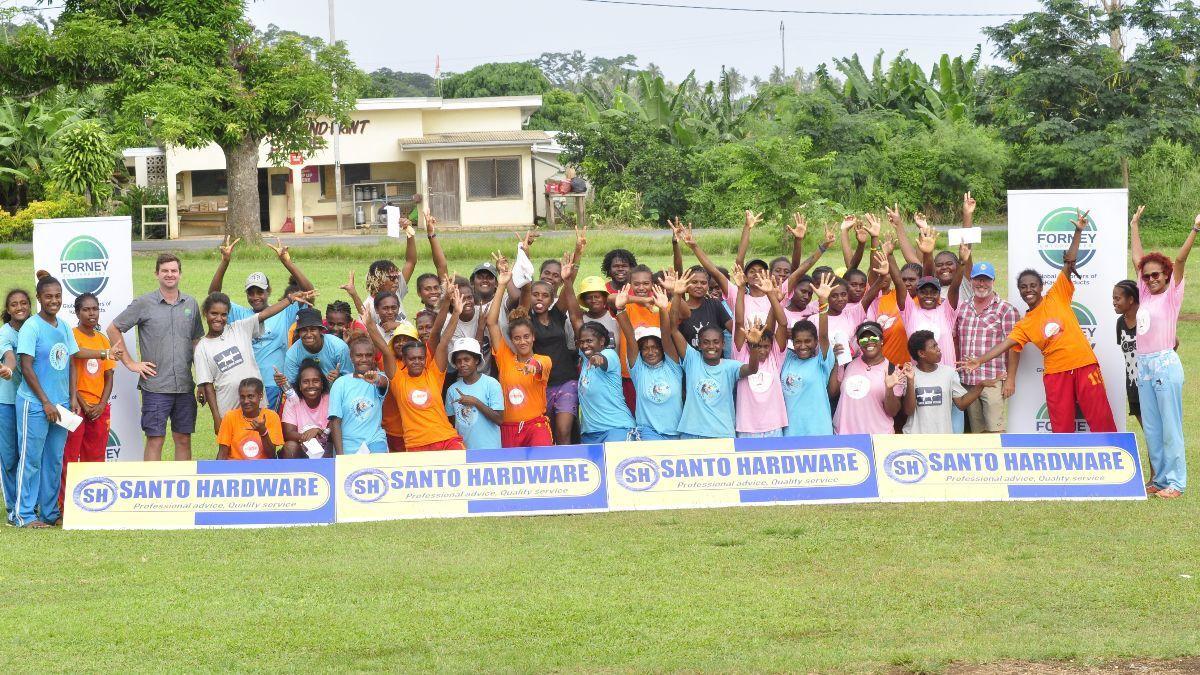 The upset came off performances from Lizzie Avock, the Eagles’ skipper, and national women’s player, Rachel Andrew, who were the stars of the grand final with bat and ball.

Malampa Eagles won the toss and elected to bowl first, a bold move as the Butterflies have not lost a match defending their totals all competition. However, the Eagles, confident with their bowling and fielding attack, were prepared to beat the Butterflies at their own game.

The Butterflies, having batted first all competition were comfortable with the decision to bat first in the grand final but a slow start in the first ten overs put them on the back foot as the runs slowly became harder to score. Mahina Tarimiala, the top run scorer for the Butterflies all tournament, managed 17 runs before being dismissed and Ruth Kaltongga with 27 runs, however, the team could not bring their total over the 100 runs mark, finishing with only 97 runs at the end of their inning.

Asenata Toropi was the best performer with the ball for the Eagles, taking 3 wickets for 15 runs off her four overs followed by Salome Meltesalet who took 2 wickets.

Malampa Eagles with a target of 98 runs to win, were comfortable on the crease as Rachel Andrew came in at number four at the fall of their second wicket ready to attack with the bat. Andrew, with support from Lissing Enock (5 runs), scored a quick 55 runs off 33 balls to seal the deal for the Eagles in 11.4 overs.

The outstanding knock with the bat from Rachel Andrew and the teams fielding and bowling allowed them to defeat the South Santo Butterflies by 8 wickets to claim the Santo Hardware – Forney Enterprise Santo Women’s T20 Super League.

The players of the grand final awards were awarded to Lizze Avock (non-national player) and Rachel Andrew (national player) for their leadership and contribution to the Malampa Eagles’ victory.

At the conclusion of the grand final, individual performance awards were awarded to players who have been outstanding throughout the competition including the players of the tournament awards and most runs and most wickets. All the awards are proudly sponsored by Santo Hardware and Forney Enterprises and were presented to a national player and a non-national player as part of the development of the competition and women’s cricket on Santo and Malekula.

The Vanuatu Cricket Association (VCA) and the Holiday Inn Resort Vanuatu National Women’s Cricket Team would like to acknowledge Santo Hardware and Forney Enterprises for sponsoring the Santo Women’s T20 Super League which has given the VCA a platform to grow women’s cricket and empower women and girls in communities through sport.

The VCA would also like to acknowledge Leomala Medical and Tasinga Telehealth Service for sponsoring the live stream of the competition and the Santo Rotary Club for allowing the national women’s team to partner with them to help raise funds for an isolation ward at the Northern Provincial Hospital and support the victims of domestic violence.