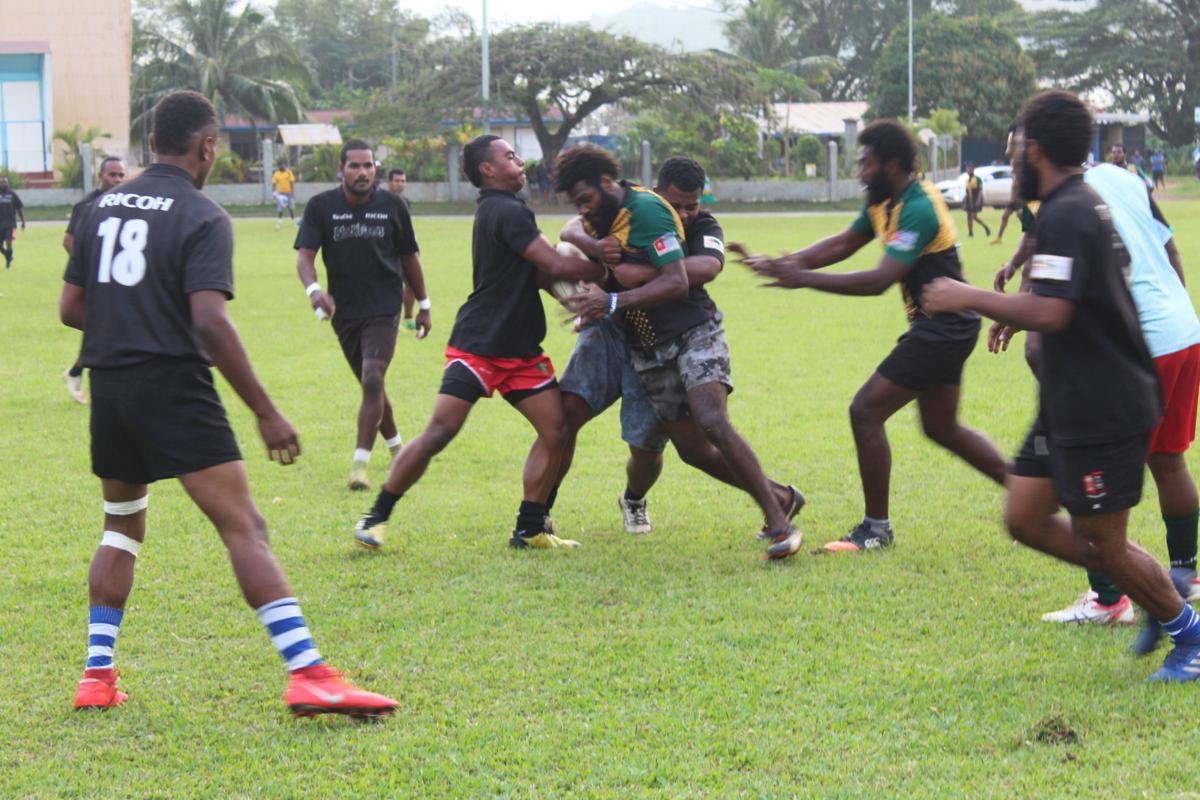 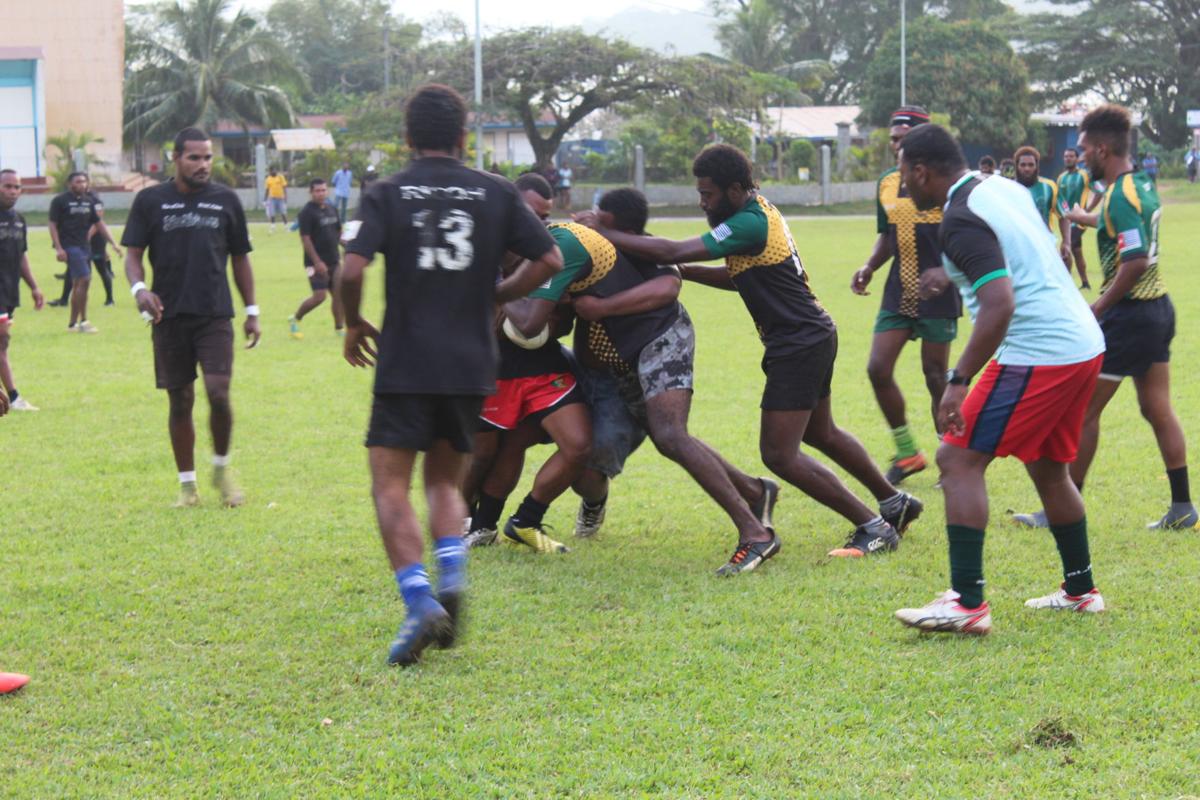 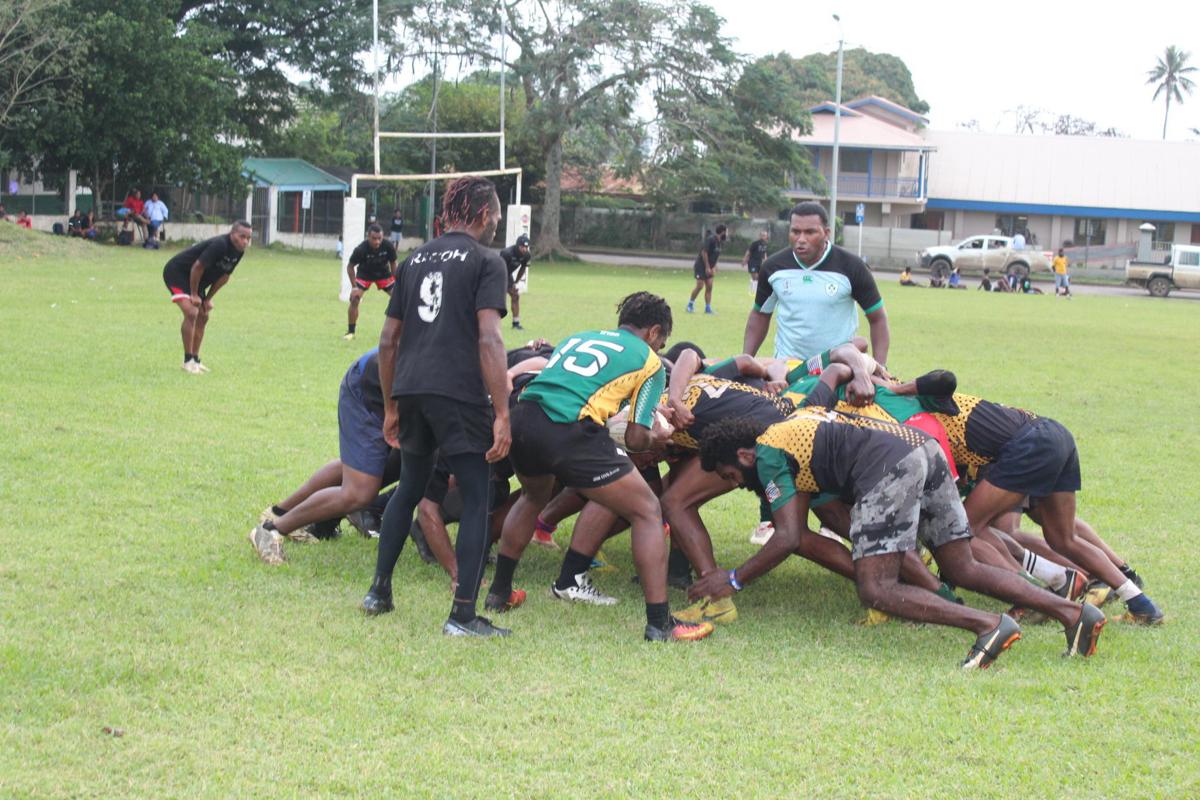 Ifira men’s rugby team managed to secure their first three points of the 40th Independence Anniversary tournament after slotting in their winning penalty at the last play against Ovins at Independence Park yesterday.

Ifira defeated Ovins 10-8 in front of an electrifying crowd that turned up in numbers to support their teams in the first round of the competition yesterday.

The excitement began in the first half where Ovins rugby team showed a class of attacking game in their backline which allowed them to score the opening try of the match and conversion was unsuccessful.

Scrappy play starts to creep in from sides as too many high tackles and foul plays were seen resulting in two players from each teams being sinned binned.

Ifira utilised the opportunity of Ovins being one man down scoring their first try and was also successful with their conversion. Ifira led 7-5 at half time.

Both teams lifted momentum in the second half as they couldn’t score tries but Ovins took the lead in the 62nd minute of play through a penalty from the boots of Keleto Doloka. Ifira lifted intensity in the last play kept their faith and managed to kick their winning penalty which saw the Ifira fans erupted with cheers yesterday.

Next round of the men’s division will see University of the South Pacific taking on Shepherds at 3pm next Thursday at Independence Park.