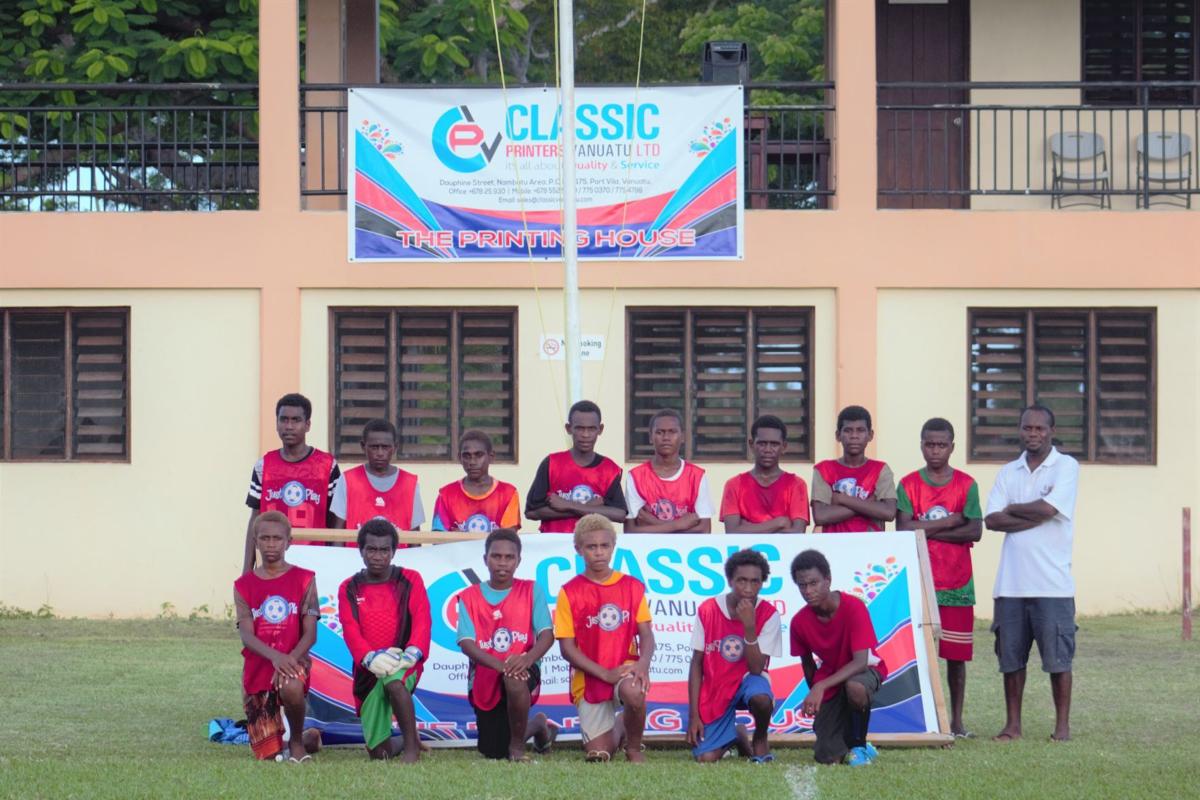 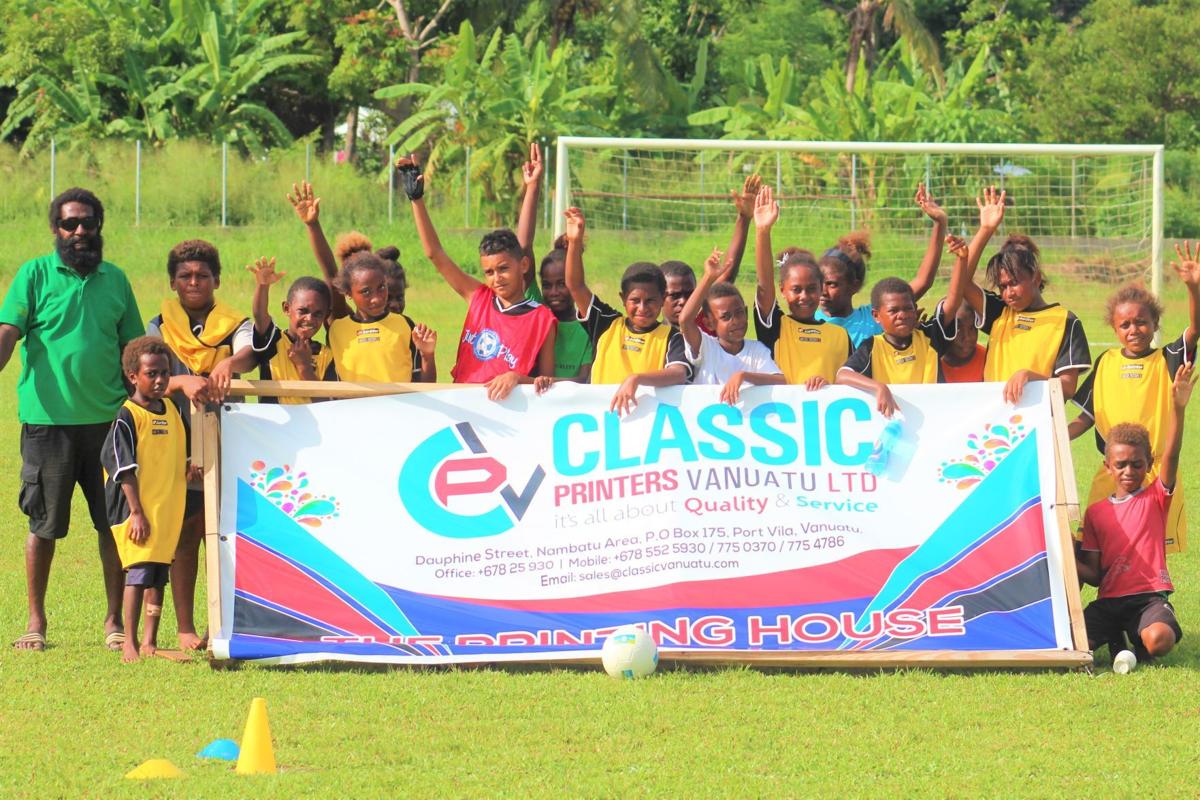 Under 15 and 12 Classic Youth league Tournament began at the Soccer City Stadium on Wednesday.

Before the actual game kick offs, students were welcomed in a minor official opening ceremony where they were welcomed by the first Vice President of LFA responsible for the development of Youths, Charlie Ulas.

The under 12 mix category of four girls and five boys began this season’s tournament with Santo east playing against Luganville east. While the under 15 category comprises of boys team from the same schools, aged under 15.

The first under 15 match results Santo East School beat Luganville East 3-1 whilst in their under 12 grade both teams were locked 0-0.

The Tournament will begin today at 12:30pm with the under 12 St.Therese school playing Luganville East at 1pm and Santo East School playing Santo Christian School.

For the under 15 grade, St.therese School will be playing against Santo east at 2:30pm on the same day and Luganville East up against Rowhani school.

Youth Referees who went through a training program at the Soccer City stadium prior to the tournament will be officiating the games throughout this tournament assisted by senior Oceania and VFF referees on the ground.

The youth League tournament is proudly sponsored by the Classic Printers Vanuatu who provides platinum Sponsorship for the Luganville Football throughout this soccer season.