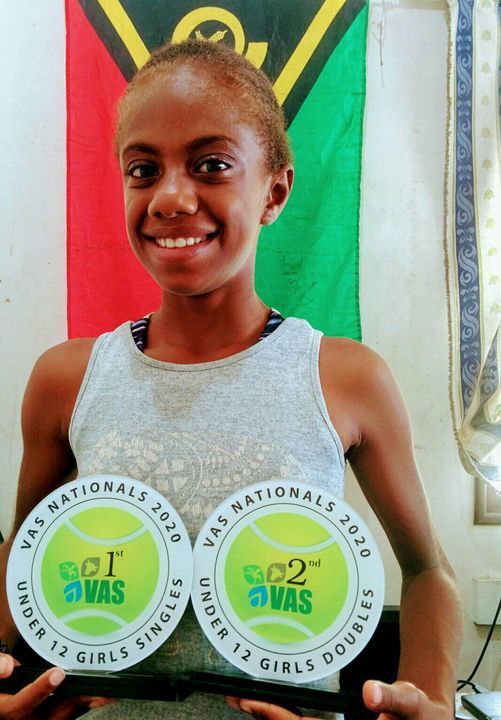 Ashanty Ligo with her spoils 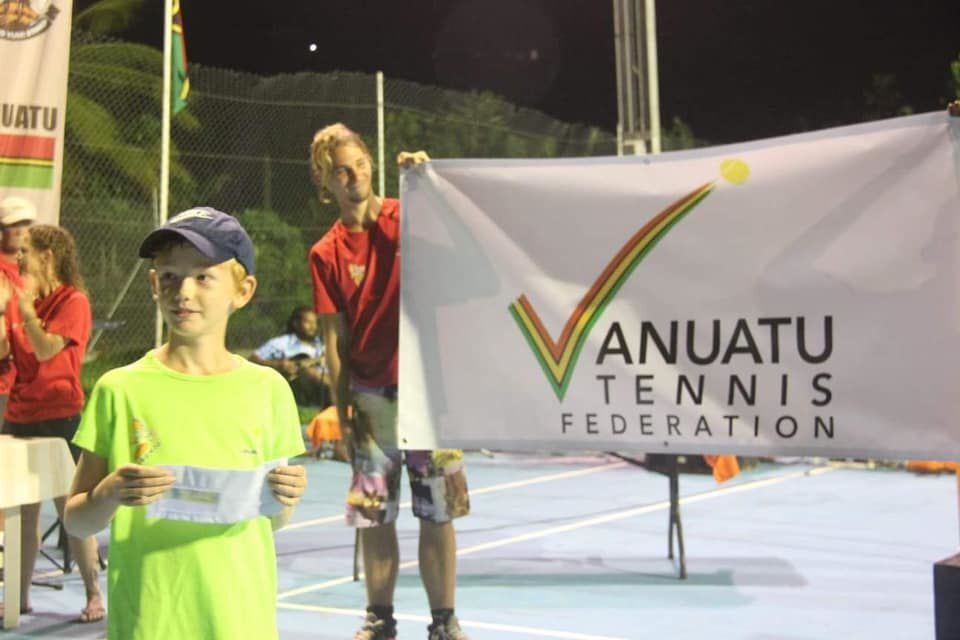 Logo designer William Nolan with the new logo in the background

Ashanty Ligo with her spoils

Logo designer William Nolan with the new logo in the background

Ashanty Ligo won the U12 girl’s singles for the first time in the VAS National Tennis championship.

Ligo also for the first time to win second place in the double alongside her sister Alisha Kanegai Proud grandfather Godwin Ligo says; “ Congratulation to her achievement, thhis news was a surprise when i just saw it on the facebook.

“She made her family proud here in Vanuatu and in Australia she is a shining star and will continue to shine,”he added.

The new logo was designed by 9-year old William Nolan.

VASANOC stated; The Vanuatu Tennis Federation is very proud and excited to have launched our NEW LOGO last night at the closing ceremony of the VAS Nationals 2020.

“The Executive received a lot of entries and would like to thank everyone who took the time to enter their creations.

It was a tough decision but our winner was: 9 yr old William Nolan.”