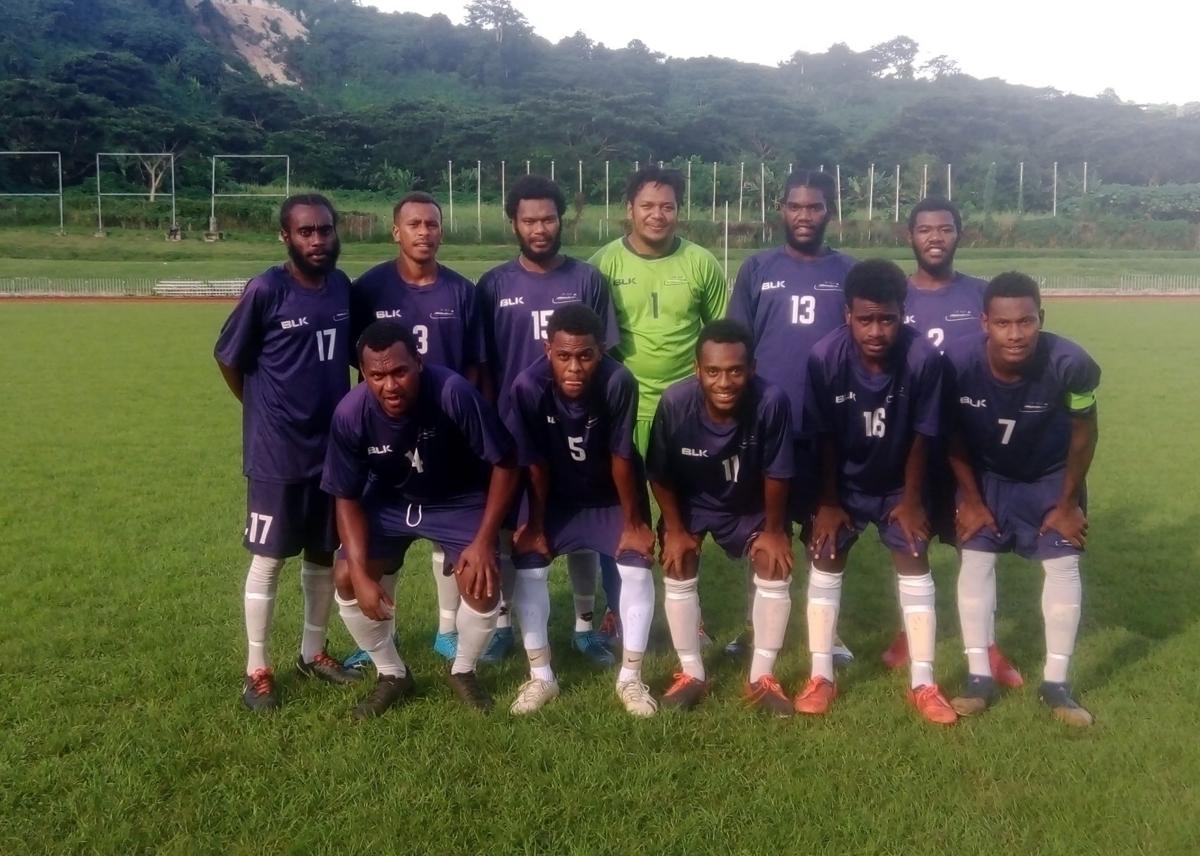 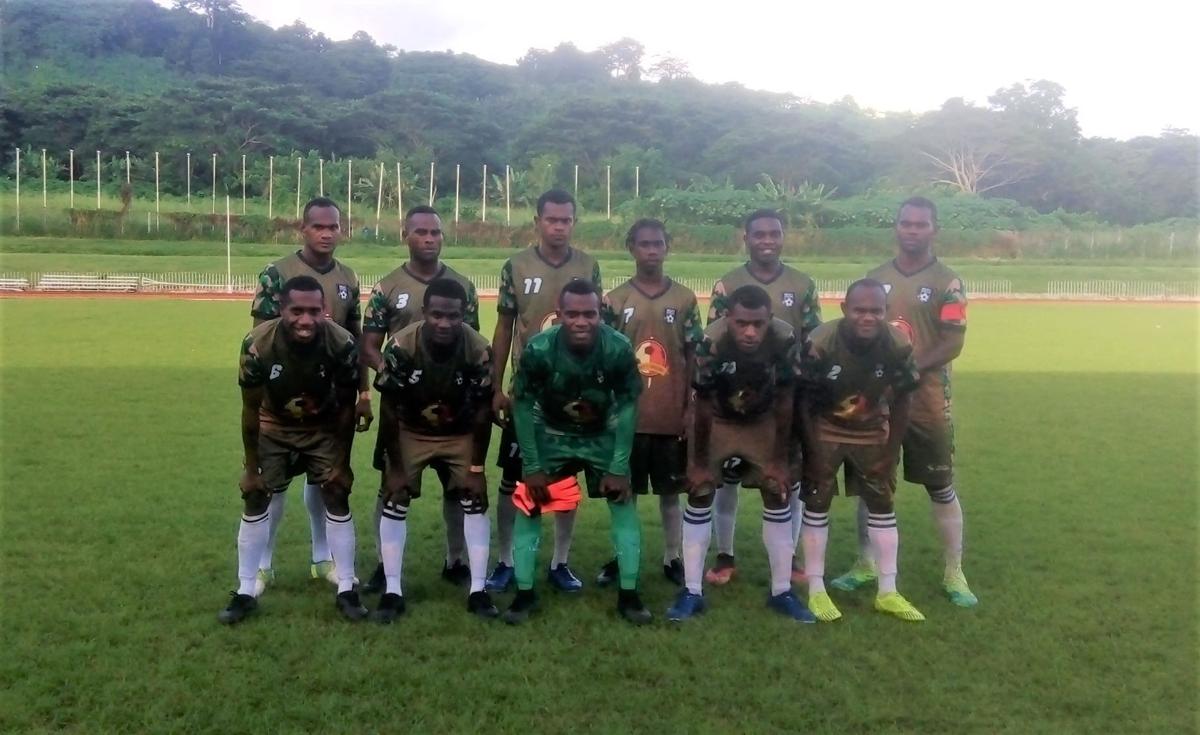 After coming off a 4-0 lost to Ifira Black Bird last week, Association Sportive(AS)d’ Ambassadors came from behind to a 5-1 victory over division 2 side Mighty Green at Korman Stadium on Tuesday.

Mighty Green were in the spotlight recently after they upset premiership side Sia Raga last week by 4-3.

As the game started, Mighty Green created a lot of scoring opportunities through lovely through balls from their midfielders to their forwards.

This paid off for the boys in green when their captain, Brian Savi found the back of the net in the 18th minute.

With one goal up, the team comprised VMF officers and sons of VMF officers continued to create more scoring opportunities through their fast attacking style of play, however the boys in purple managed to hold their defensive line by slowing down the game.

As Ambassadors surprised the crowd when Ronalsin Vira headed in the equalizer in in the 31st minute.

The first half ended with a goal apiece.

After the break, the boys in green continued their attacking football while Steven Tariburu’s boys worked hard in defense to contain them.

When things all looked to be going Mighty Green’s way, Johnny Kalowia managed to get his boot on a cross to give the Ambassadors the lead in 63 minutes.

A minute later, Less Russel Napuati found the back of the net in what should have been a quick equalizer, however referee George Kwiri, ruled that as offside.

The VMF boys still maintained their fighting spirit, however Ambassadors keeper Robbin Mark saved a lot of those shots.

Right on the stroke of full time Lehi Tahi added the fourth goal for the Ambassadors and Kemly Wilkins added the fifth in injury time.

Ambassadors coach Steven Tariburu says he is happy with his boy’s performance. He looks forward to his team’s game. He says he has confidence in his young team as they did well without a lot of their regular starting 11 present during the game.

Tariburu says most are USP and high school students and he believes they will move the team ahead with success.

Mighty Green coach Timothy Waiane says even though they lost, this president’s cup is a chance for his team to feel the strength of the teams in higher divisions then them.

Waiane thanks the Port Vila Football Association for this opportunity. He says this experience will help his boys perform better in the division 2 championship.

Coach Waiane is encouraging all supporters to come to their championship game on Saturday and all President’s Cup games during the week.

Mighty Green take on Naka next Wednesday at 3pm at Korman stadium while AS Ambassadors take on United Malampa at the same venue at 5pm.

Results from other Presidents Cup games