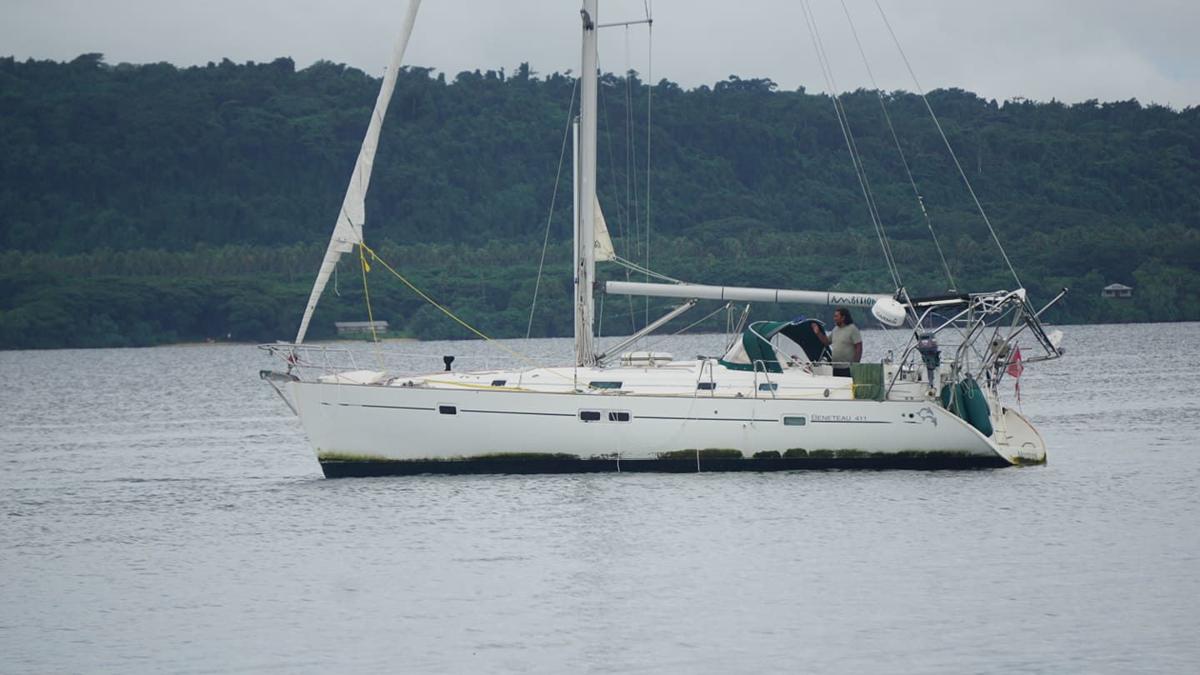 A yacht with a lone skipper on board has been detained in Luganville, Santo, after RVS Turoroa responded to a distress call reported be the French Navy around midday yesterday (Friday).

Daily Post was reliably informed the Benetau 411 was escorted into Luganville harbour at around 2.30pm local time and the COVID-19 SANMA Technical Advisory Group (TAG) approached the yacht, where border officers did their routine check.

No officer boarded the yacht yesterday but they communicated with the skipper from the deck of RVS Turoroa as no inspection can be carried out on the yacht as yet.

According to information related by the TAG team, the skipper was alone.

His documents showed he left the Solomon Islands on 6th of March bound for Kiribati.

However, after sustaining some issues onboard, the skipper realised that with the cyclone headed ESE, he had to seek shelter as he was losing control of the vessel since its bilge pump was out of service and it lost its anchor recently.

Questions remained as to why the skipper did not keep spare parts of these vital equipment onboard, why he was sailing amid a cyclone and why he entered Vanuatu waters when the State of Emergency (SOE) is in effect.

The Office of the Maritime Regulator (OMR) and Customs officers that questioned the skipper agreed that the yacht is technically wrecked thus will not sail. The skipper is instructed not to leave the yacht in any circumstances. The yacht is moored off the OMR Anchorage and border officers as well as police were rostered yesterday evening onwards to sentry the vessel.

The COVID-19 team on Santo will meet today following advice from NDMO Vila on how to deal with the skipper in terms of health checks.

A health officer who joined the team yesterday to speak to the skipper said the physical appearance of the skipper did not raise any alarm as yet.