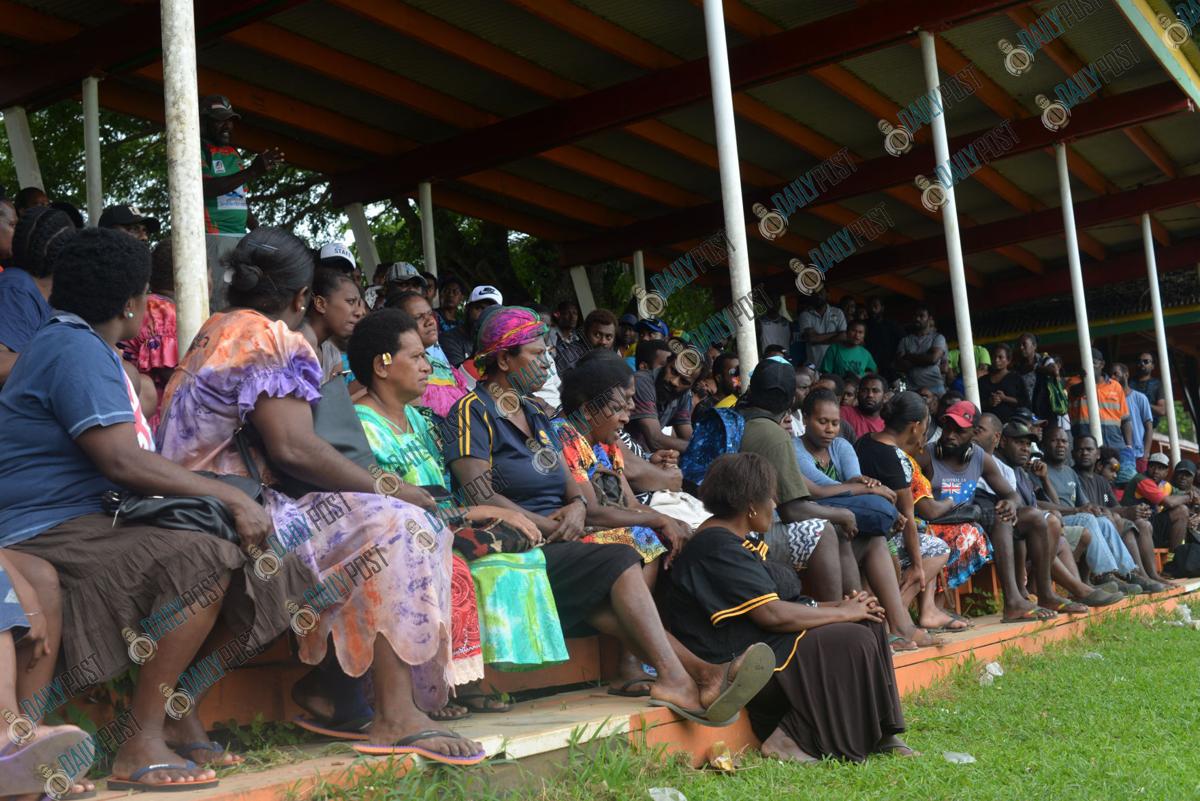 Hotel employers voicing their concerns at the packed grandstand during the meeting yesterday. 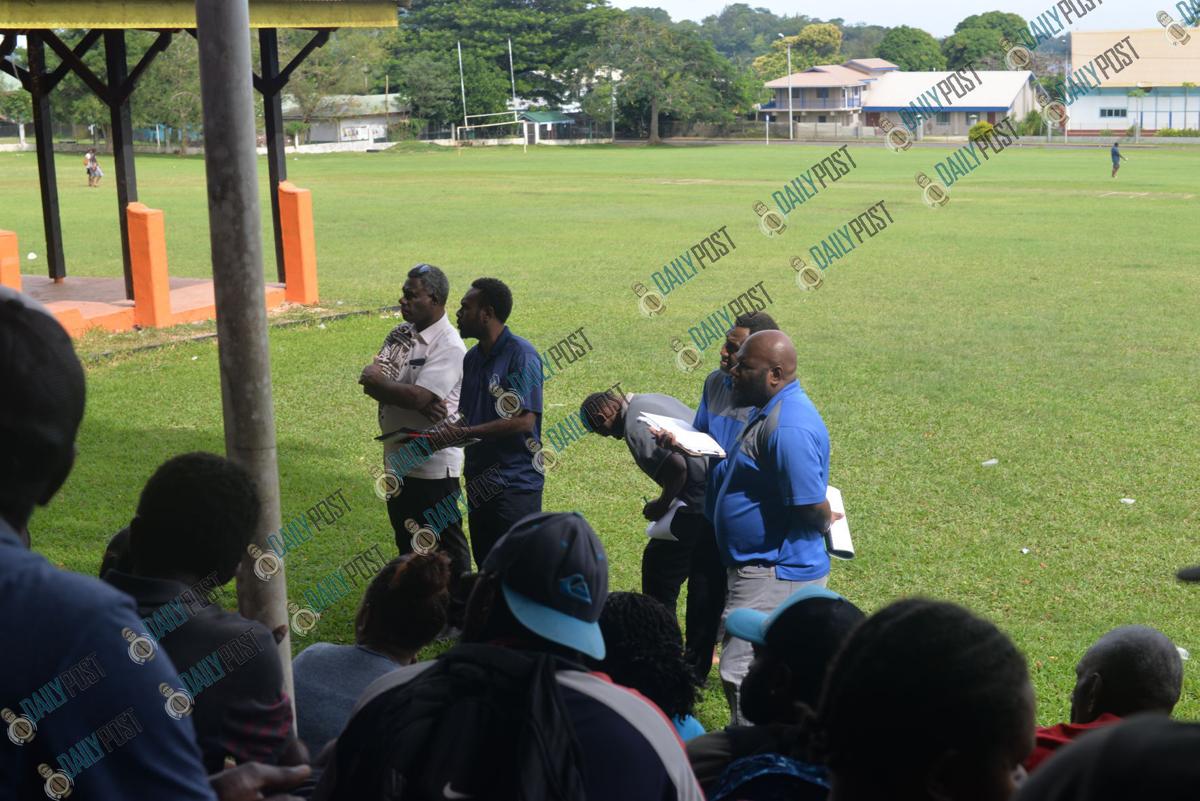 Finance and Labour representatives addressing the concerns raised throughout the meeting. 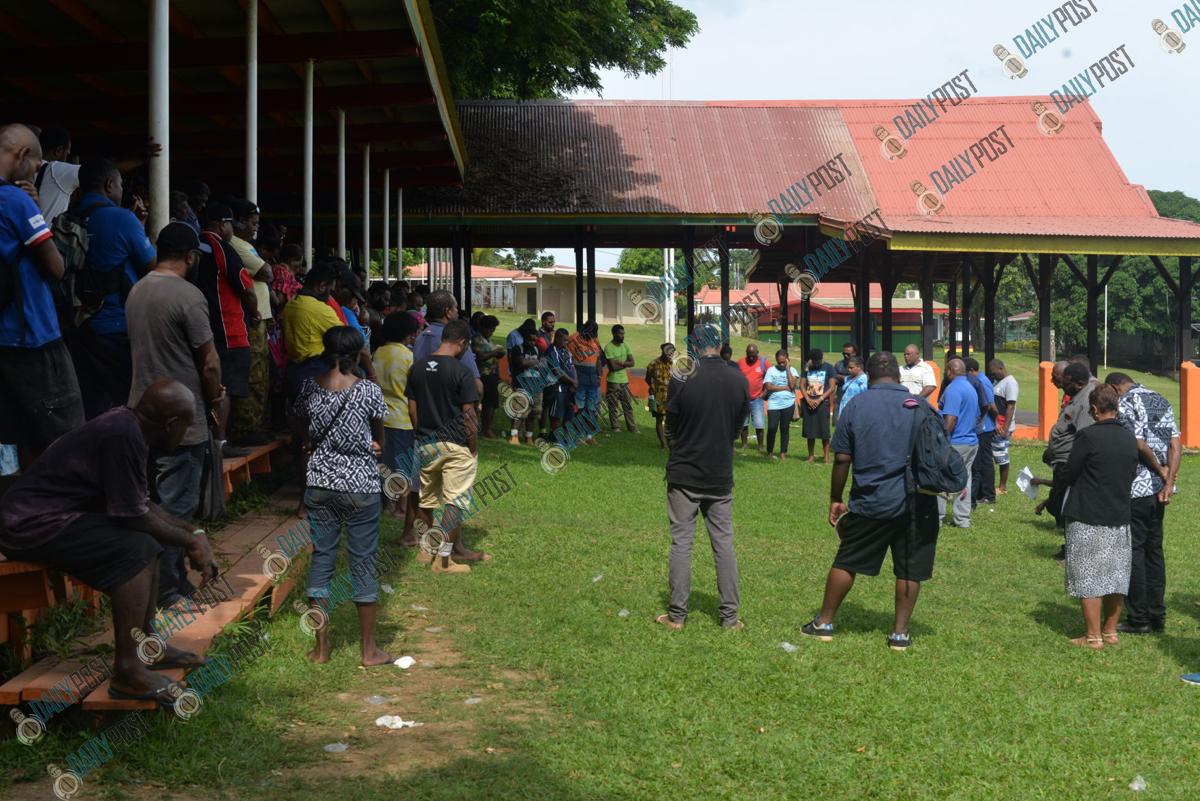 The meeting ended with a prayer.

Hotel employers voicing their concerns at the packed grandstand during the meeting yesterday.

Finance and Labour representatives addressing the concerns raised throughout the meeting.

The meeting ended with a prayer.

The Independence Park grandstand was packed yesterday after the Ministry of Internal Affairs (MOIA) organised a meeting with workers and representatives from the Finance and Labour Department over the Government’s Economic Stimulus Package (ESP).

This came about after some employees from some of the well-known resorts and hotels in Port Vila voiced their concerns over the ESP, particularly the process and how they are affected but are not benefitting from the package.

The meeting saw both parties exchanging information towards how the ESP distributions have taken its course towards employees and their employers.

The Private Secretary to the Deputy Prime Minister, Ishmael Kalsakau, Mr Harry Charlie assured the Labour department is there to address the complaints and concerns within the workplaces.

“The Labour department has come forward to hear the concerns of the employers and affirmed that they will be addressing the issues under the Labour Act,” said Mr Charlie.

Mr Charlie said the Finance representatives were there to explain the ESP rolled out by the government.

Over discussions, the representatives of the Finance department have come to understand that a few companies approved to receive the government’s ESP have yet to receive their payments. The Finance department responded by explaining the processes of the ESP, and the current stage it is at, as some employers have been laid off from work, and are asking why they are not benefitting from this package.

During the meeting, some employees voiced their concerns over the ESP distributions. Some said some had been receiving VT2000-VT4000 from their employees even though their employers have received the ESP payments.

In regards to employers still not receiving any privileges from the ESP, the Finance department explained they must receive an LPO by the qualified employer before the department can deposit the ESP into the company’s account.

The Labour department responded that currently there are only four staff carrying out the responsibility in addressing the workers’ concerns and complaints. They said that with over 24,000 workers within Vanuatu, they are doing their best in addressing all complaints received within their office effectively.

The Labour representatives confirmed they will be addressing the issue of workers laid off from jobs.

The Private Secretary to the DPM, appealed to all employers to stay calm and not react quickly as the Finance and Labour departments are dealing with the issue.

The Labour and Finance representatives acknowledged all participants in the meeting for raising their concerns. With the government reducing tax for a few resources, they said that they will look into the matter in making sure their grievances are addressed.

The workers also acknowledged the local authorities for listening to their concerns.