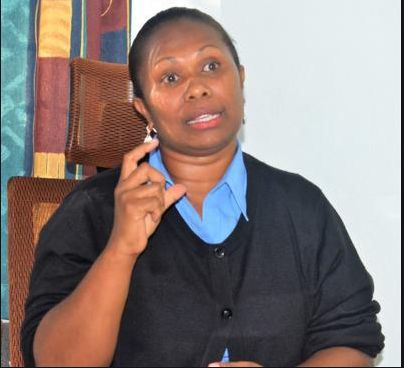 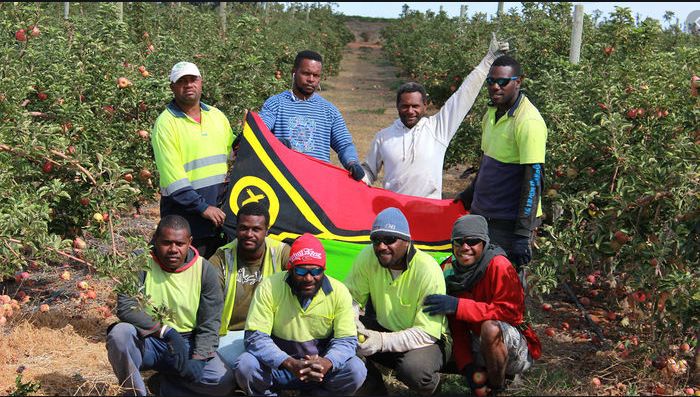 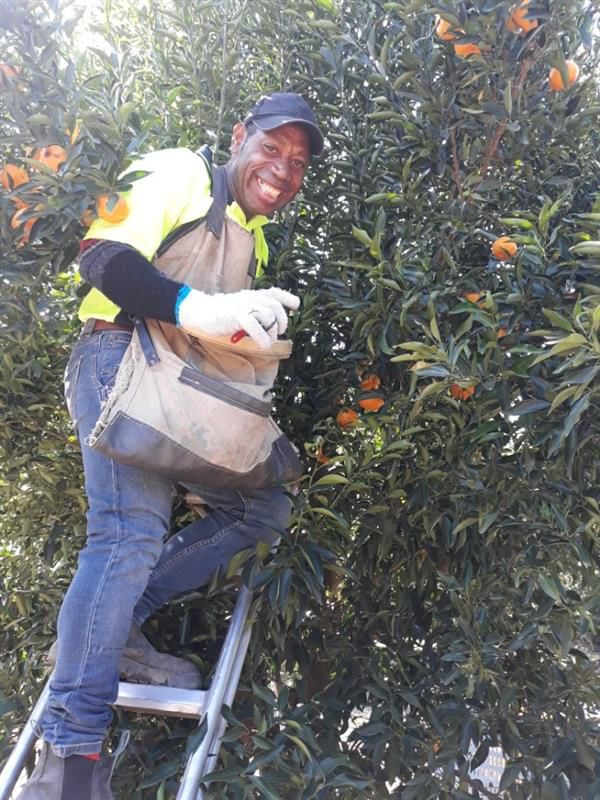 All of us are currently faced with making challenging and complex decisions during these strange COVID-19 times. For me as the Commissioner of Labour, this complexity was magnified when playing a key role in making decisions around repatriation. There is the constant dilemma of how do we keep our precious Vanuatu COVID free, whilst continuing to stimulate our Vanuatu economy. With the support of my Government colleagues such as COVID-19 Advisory Committee members, the NDMO team, Foreign Affairs team, MOH team, our Vanuatu Missions in New Zealand and Australia, and DFAT and MFAT colleagues in Vanuatu; I believe we collectively made excellent decisions during this challenging time.

Our circular labour mobility programs contribute significantly to the economic growth of Vanuatu, whilst also playing a vital role in strengthening the skills of our national workforce and contributing to the important cultural exchange between Vanuatu and our wonderful neighbours Australia and New Zealand. A COVID-19 global pandemic was announced by WHO in March 2020. As a result, all countries around the world including Vanuatu have closed their borders and flights were cancelled at the last minute. Miraculously Vanuatu was and still remains as a COVID free country in the Pacific region. We watched other countries around the world suffer enormously from thousands of citizens dying every 24 hours from this corona virus. We watched the leadership of Australia and New Zealand flatten their respective COVID-19 curves demonstrating strong and decisive leadership. This leadership also prioritized the welfare of countries in the Pacific region including our seasonal workers in both Australia and New Zealand; and as a result, not one seasonal worker from all around the Pacific & Timor Leste, based in Australia or New Zealand became infected with COVID-19. This is an enormous achievement and we thank Australia and New Zealand Governments and all the labour mobility employers in the two receiving countries for keeping our citizens and the citizens of our Pacific brothers and sisters safe during this global pandemic.

Decision making was imminent and there were so many variables to consider and questions raised around seasonal worker visas which were about to expire, and yet borders were closed. In responding to this crisis, the Government of Vanuatu negotiated with our developing partners, New Zealand and Australia, to extend visas, to issue new visas and to repatriate our stranded ni-Vanuatu citizens including some of our seasonal workers. Then comes Cyclone Harold in March 2020, which devastated the northern part of Vanuatu. Many seasonal workers were homesick and wanted to come home because their houses were damaged or destroyed and their families were badly affected. Although they wanted to come home to Vanuatu, many of the workers came to realise that their income was imperative in supporting and sustaining their families during this critical time. Redeployment between farms when initial work ran out became available, which enabled our seasonal workers to continue working in Australia and New Zealand under the labour mobility programs (RSE, SWP and PLS). Understanding what was defined as stranded overseas was one of the many key criteria developed when finalising decisions. So many questions were raised and required answers.

Initially when all workers in both New Zealand and Australia were being redeployed to alternative farms with plenty of work, repatriation was not a necessity and workers were grateful that they had extended opportunities to earn money. But then borders remained closed and New Zealand grew colder. Picking season finished and it soon became evident that pruning season needs only half the numbers of seasonal workers who were in New Zealand under the RSE program. Approximately 1,000 seasonal workers had no income, and many were using their savings to support themselves and pay for their accommodation and other essentials needs so in effect, they became stranded. Once the Department of Labour became aware of this, we quickly convened a meeting with relevant Government stakeholders and the New Zealand High Commission in Vanuatu and a decision was promptly made to repatriate the 1,000 plus stranded RSE seasonal workers from New Zealand, during the week of 19th to 23rd of June 2020. These flights were part of the first repatriation phase. The second phase of repatriation will commence in August 2020 and informed decisions around the details will be made upon further directives and advice from the Vanuatu Government and our developing partners.

During this last week, there were eight New Zealand Defence Force flights to Port Vila repatriating these stranded RSE workers. The success of this large repatriation exercise was the result of a strong collaboration between Vanuatu and New Zealand Governments and all the RSE employers. The health of Vanuatu and its citizens was prioritised throughout the exercise ensuring that COVID measures (temperature checks, boarder control measures and quarantine processes) were in place throughout the repatriation.

In contrast, the climate in Australia is very varied. Winter fruits continue to grow and tropical fruits in northern Queensland grow year round. The Australian Government worked extremely hard to find new job opportunities so that our seasonal workers could continue to work and therefore support themselves and their families back home in Vanuatu. Although state borders were closed as part of Australian COVID lockdown measures, seasonal workers were granted exemptions and were carefully moved from one farm to another, often interstate. More than 1,300 ni-Vanuatu workers are now working in new jobs in Australia, with new visas. This is a huge achievement, again reflective of professional processes in place and a strong partnership between the Vanuatu and Australian Governments.

Despite this challenging time and in the midst of organising the redeployment of our workers, there are some wonderful stories from seasonal workers who have moved from e.g. a berry farm to a citrus farm and they are loving learning new agricultural skills and having the opportunity to remain in Australia earning additional income, through the redeployment process. Some Ni-Vanuatu workers on the Pacific Labour Scheme (PLS), were based at Hayman island, a tourism industry resort, and they ‘lost’ their chef and waitress jobs overnight as tourism resorts closed down as a result of COVID-19 which has greatly impacted the tourism industry across the world. Every ni-Vanuatu worker on Hayman island was redeployed to either a farm and/ or to work as an ‘age care worker’. These PLS workers are all so grateful for these new opportunities in such challenging times. One of the workers reflected on how her work in Age Care is very different to working as a chef, and she felt nervous because she had never worked in Age Care before and stated: “We received lots of support and training during the transition between jobs about how to care for and communicate with the elderly residents. I feel so blessed and fortunate to experience two amazing and different types of jobs during my 3 year PLS contract – all because of COVID-19. We’ve really been supported so well throughout the whole process”.

Although most Australian seasonal workers were able to continue to work or be redeployed, there were some workers who needed to return to Vanuatu. The Australian Government supported the Government of Vanuatu with two repatriation flights from Australia, as per the Vanuatu Government repatriation plan. During the entire repatriation process, I tried to engage with workers from both Australia and New Zealand through my personal digital messages, explaining why and how decisions were being made, and thanking all seasonal workers for being such wonderful ambassadors for Vanuatu. Through our partnerships with Mental Health Vanuatu (Department of Health), and with the Biosecurity team, and our Vanuatu Missions in Australia and New Zealand we were able to also provide important messages to workers about how they might feel during this time period of either repatriation or remaining in Australia/ New Zealand, and how they might like to reflect on and process their emotions. The biosecurity video message was also so important for the returning workers, to support smooth repatriation processes around the entry requirements upon arrival back to Vanuatu.

The first phase of repatriation has now concluded, and once all the seasonal workers from quarantine reunite with their families, it will give us a chance to reflect on the labour mobility programs/ repatriation decisions we made, and on the challenges and lessons learnt during this complex COVID-19 time. Throughout this time, the Vanuatu Government and our developing partners always prioritised the health of Vanuatu as a country and its people; and there is a continued need to maintain this strong partnership and collaboration to keep Vanuatu a COVID free country, and to keep all our citizens safe and healthy.

The health, economic and social priorities of our beautiful Vanuatu will remain the most important priority for the COVID-19 Advisory Committee and other relevant stakeholders when making further decisions. We hope that international borders will be re-opened again soon and at the right time, so that ni-Vanuatu seasonal workers can continue to enjoy the benefits of the labour mobility programs, earn a good income, and enjoy their working and learning experiences, whilst maintaining a COVID free Vanuatu in the big blue Pacific Ocean.