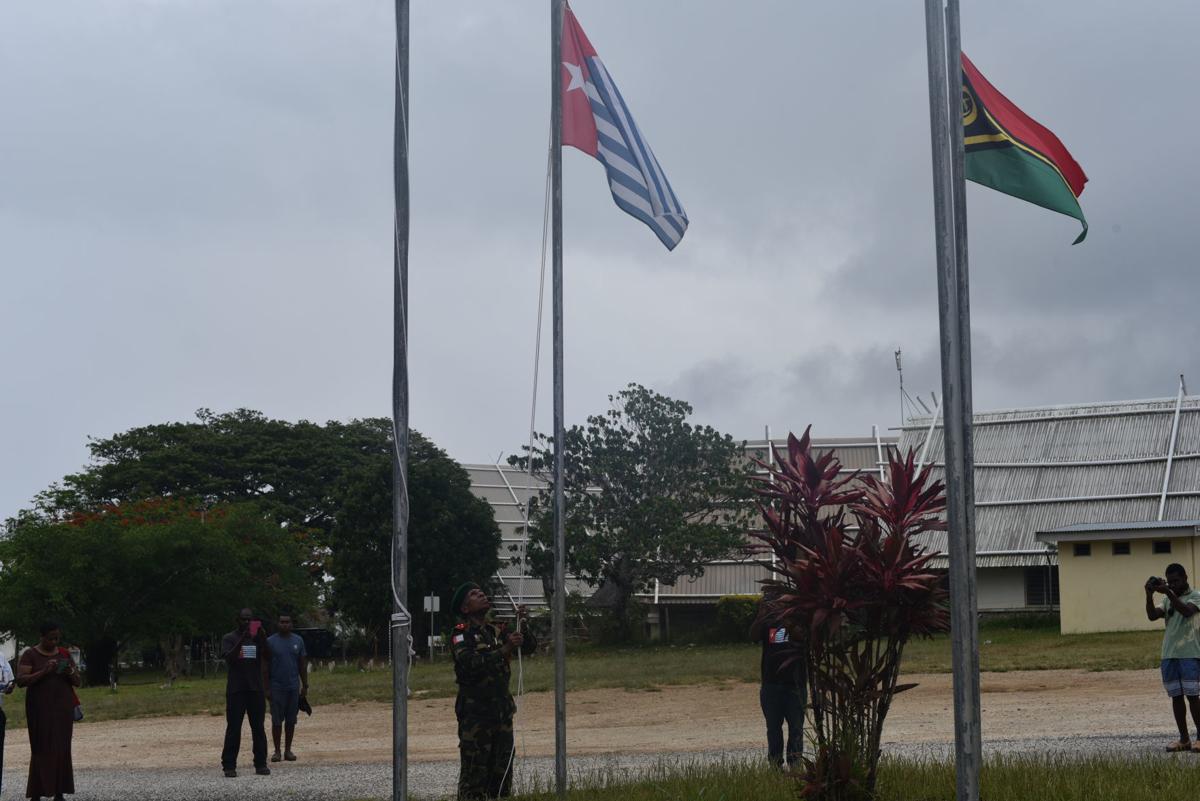 A representative of the West Papua Military wing raising the flag. 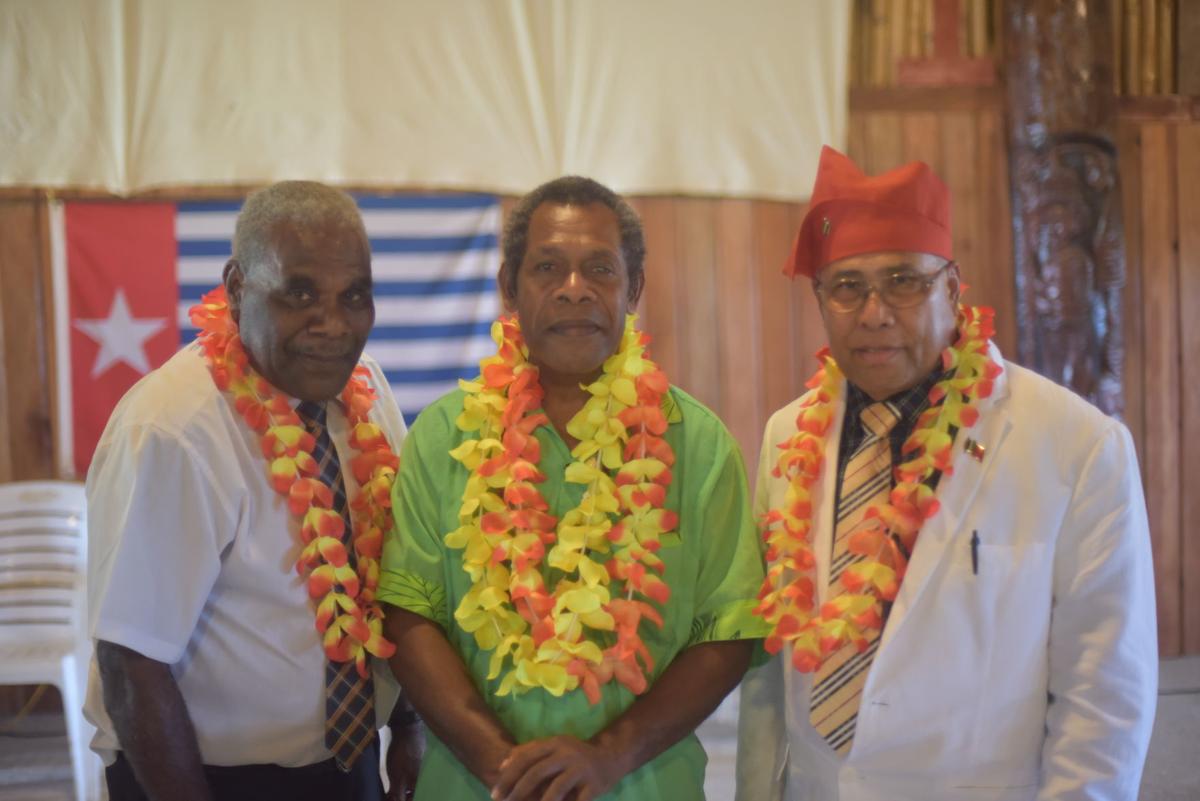 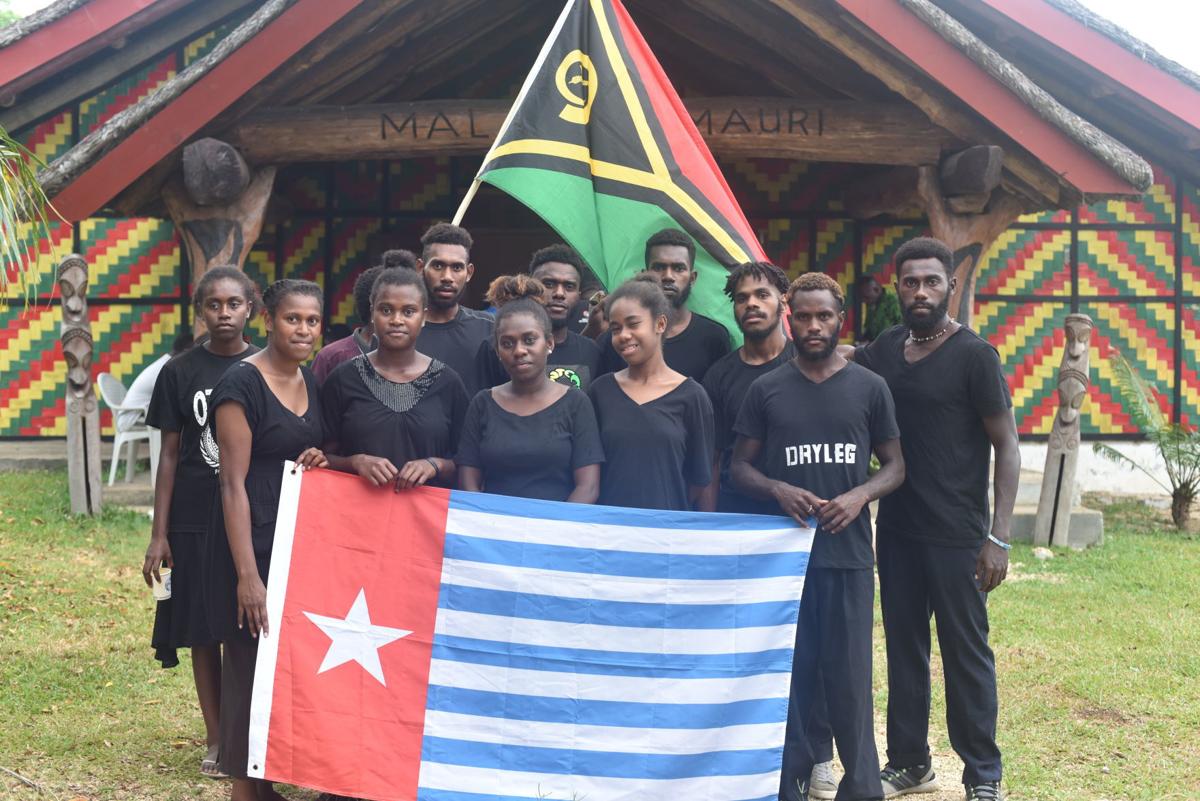 Youths stand up and share responsibilities by advocating for West Papua. 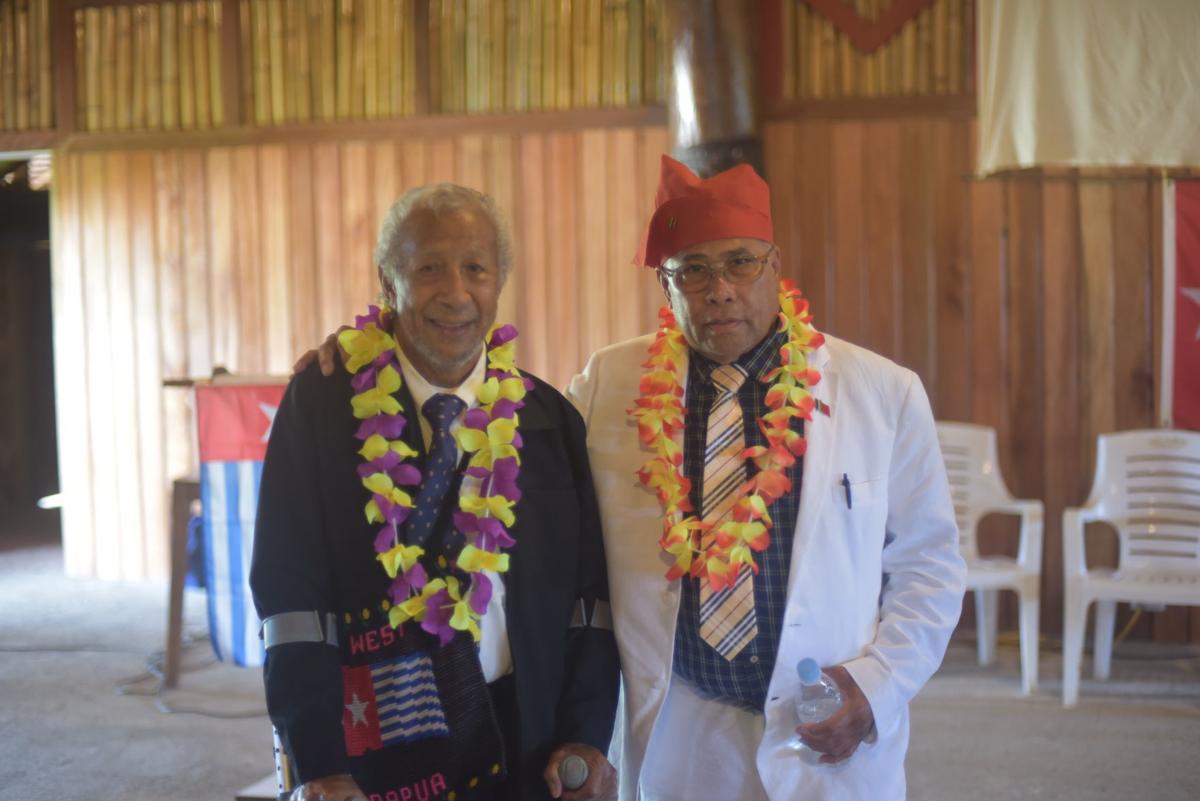 A representative of the West Papua Military wing raising the flag.

Youths stand up and share responsibilities by advocating for West Papua.

The United Liberation Movement for West Papua (ULMWP) in partnership with the Vanuatu West Papua Association and the South Moluccas association have joined in with West Papuans around the globe to commemorate the West Papua Day, celebrated annually on the 1st of December at the Chiefs Nakamal compound yesterday morning.

The celebration began with the President of Malvatumauri Council, Chief Willie Grey Plasua, making a welcome speech to the special guests and the public to witness the flag raising and commemorating the day for the people of West Papua.

A moment of silence was conducted in memory of the loved ones who have died in the struggle for self determination.

Chief Plasua appealed to the churches, NGOs, the public and Melanesia as a whole to unite always and stand beside West Papua’s struggle for freedom.

He reaffirmed to the ULMWP delegates that they have the full support of his council.

Chairman of West Papua Association and Reconciliation Committee, Pastor Alan Nafuki, said that he believes the time has come for West Papua to achieve their right to self determination and their freedom.

He said through God alone anything is possible.

Government representative and special envoy to the West Papua Movement, Lora Lini said that Vanuatu, a small country with a loud voice, has been in the frontline always and will continue to advocate towards West Papua’s self determination and freedom.

She said that only Vanuatu can feel the urgent need and struggle the West Papuans are feeling as Vanuatu came out from such struggles from two colonial powers in 1980.

Dr Alexander Manuputty, Leader of the South Moluccas acknowledged the ULMWP role of pushing for self-determination.

He says it is time West Papua, South Moluccas and Vanuatu build mutual friendship and trust towards the principle of equal rights and the self determination of the people in West Papua and South Moluccas.

Andy Ayamiseba, a long time Vanuatu resident, said that it is time youths take up responsibility in the struggle as the time is near for them to step down and allow active strong advocators back the West Papua movement. He encourages unity always among youths for success.

Paula Makabory, ULMWP executive member acknowledged Vanuatu for its continuous support and said that the flag raising ceremony is not just an identity for West Papuans but also a stamp of the existence of West Papua in the global arena.

The day saw youths performing dramas and skits to celebrate the special day for West Papuans followed by refreshments.