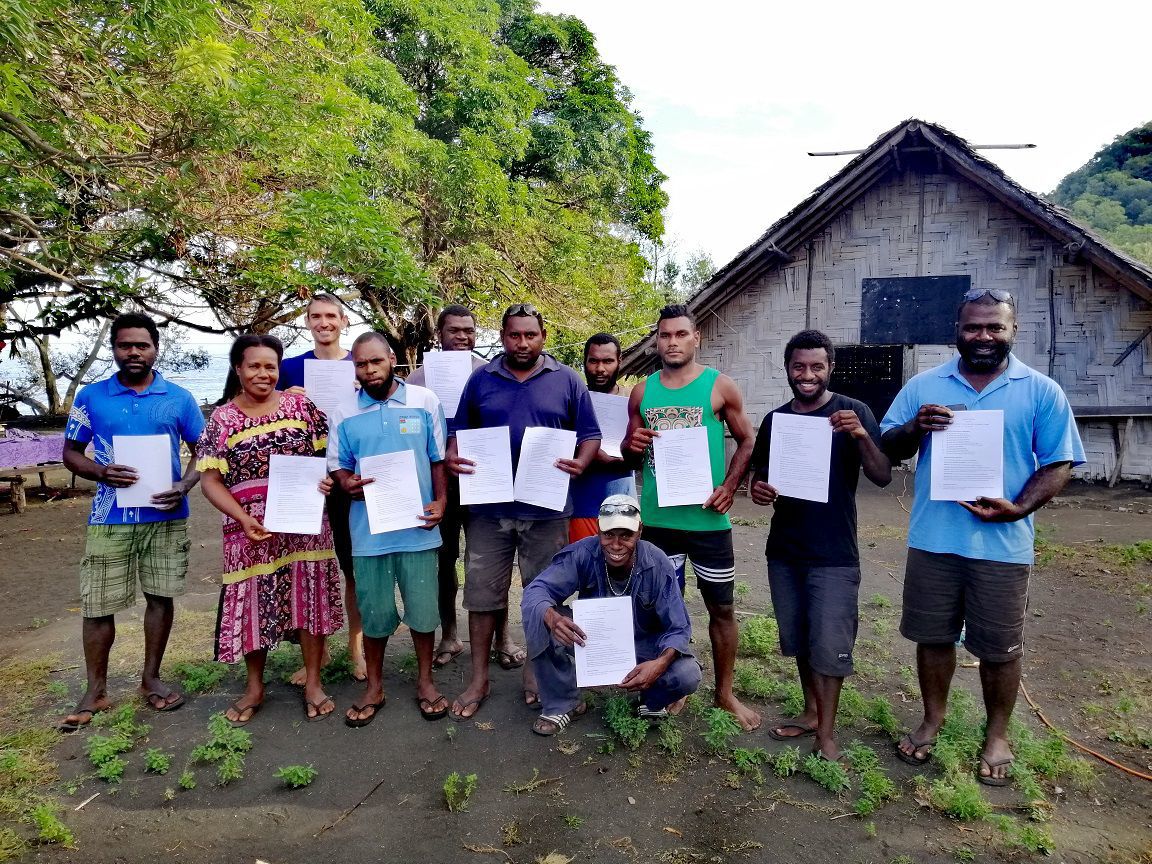 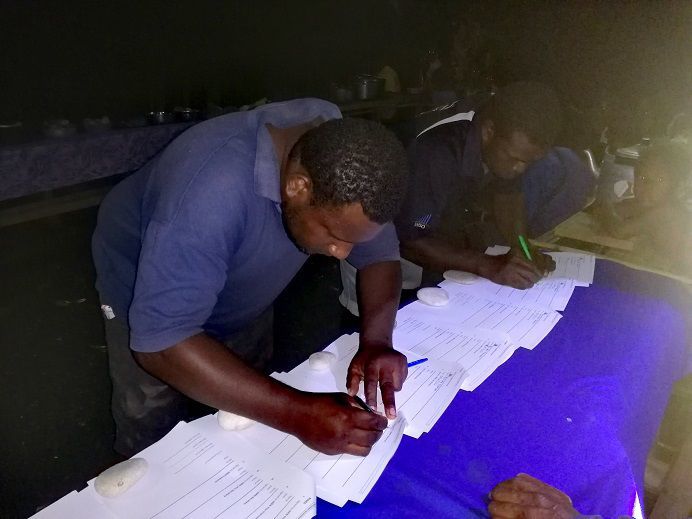 History was made yesterday on the remote West Coast of Santo, as the Santo Sunset Environment Network (SSEN) ratified its new Constitution.

Catastrophically affected by Tropical Cyclone Harold in April, the SSEN was the first organization to reach affected villages, and played a leading role as the Emergency Operations Center for the Area.

Within 72 hours of the Cyclone, a team from the SSEN had visited all affected villages collecting emergency medivac cases and initial damage reports, and had these relayed to the NDMO and Sanma authorities via satellite phone. Under the leadership of the West Coast Area Secretary, the Network established 14 new Community Disaster and Climate Change Committees, undertook detailed recovery planning with all villages, compiled an area-wide Post Disaster Needs Assessment, and coordinated relief and recovery operations of government and NGO relief activities.

The only CBO based on the West Coast, the Network was formed in 2017 with a goal to ensure the protection and conservation of ecosystems and biodiversity in 22 member villages from West Coast and Northwest Santo Area Councils.

The new SSEN Constitution clearly states its purpose to “serve as a catalyst to support and empower individuals, villages and communities in the West Coast and North West Santo region in improving environmental protection and conservation; and to influence the design and implementation of effective, inclusive, resilient and sustainable development strategies in keeping with traditional livelihoods”.

Custom and Tradition is a major focus of the SSEN, as it promotes traditional knowledge and customary practices. By helping chiefs and local leaders revitalize marine and land taboos, and having these acknowledged by community-enabling legislation, the SSEN seeks to prevent environmental damage by amplifying existing knowledge, skills and expertise of the people of West and North West Santo.

Importantly, the SSEN’s new constitution prioritizes work on climate change. The Cyclone caused massive loss and damage to local property, gardens, water systems and educational facilities. Climate change has become a constant threat to local livelihoods due to the extremely drought-prone nature of West Coast Santo. For this reason, the SSEN will continue to work alongside West Coast Santo villages on climate resilience, food and water security initiatives.

Benua Jamu, an executive committee member of the SSEN lamented that “climate change has made our lives very difficult, what we can grow, how much water we have available, and even when we can access basic services because of roads and boating conditions. We are not waiting for help to come from outside, but are taking our own environmental solutions at the local level, especially by focusing efforts on our indigenous women and youth”.

The SSEN has an ambitious workplan for the remainder of 2020, including establishing five new Community Conservation Areas alongside local village chiefs, holding the first ever “Custom and Conservation Summit”, and commencing a traditional architecture evacuation center program in the coming months.

The work of the SSEN is generously funded by IUCN-CEPF, IPAF-Tebtebba, and Nia Tero in partnership with the Northwest Santo Area Council, the West Coast Area Council and the Eden Hope Foundation.