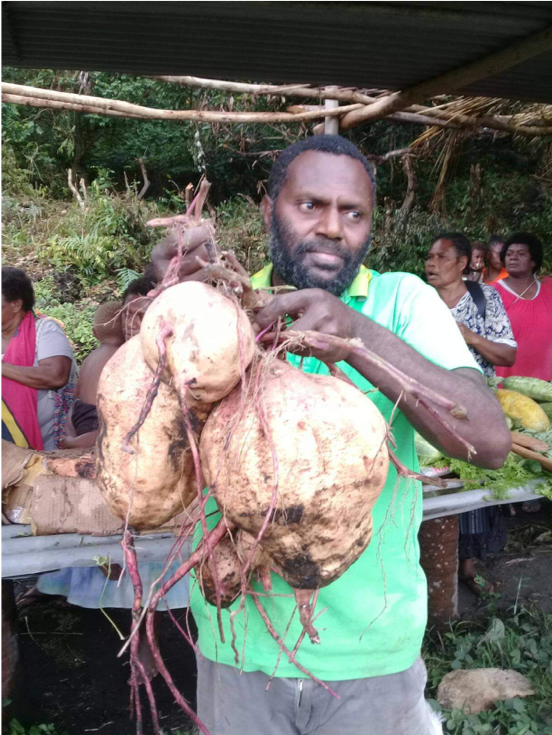 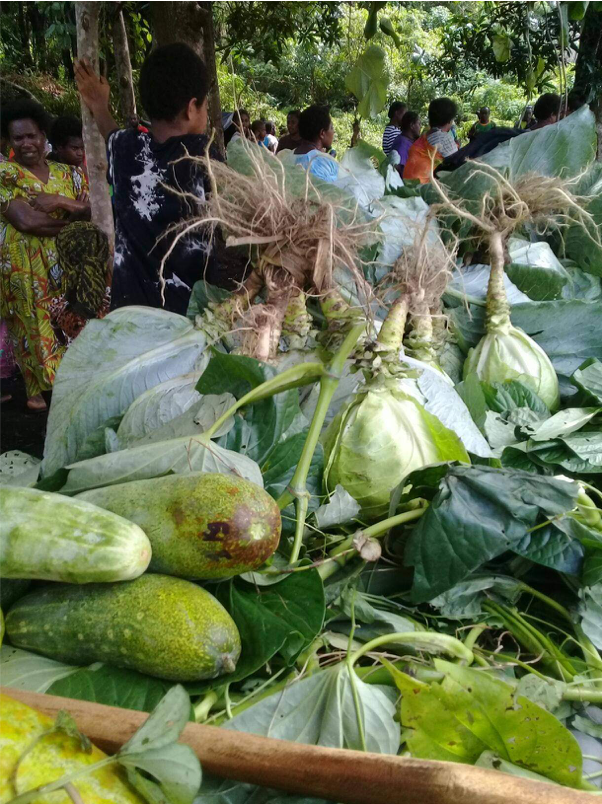 Vegetables exhibited during the event

Vegetables exhibited during the event

Over 10 local farmers of Fan council area were fortunate to exhibit their local produce from their farms.

Assistant Agriculture Officer (AAO) for West Ambrym, Willie Ben Temar said, “The main purpose of the Mini Agriculture Show is for the farmers to unite together and showcase their local produce and at the same time demonstrate the strength of agriculture on the island of Ambrym.

“I worked with a key farmer on Craig Cove, Tasso Bong, who has attended the vegetable training in Port Vila last year to gather farmers to participate in this show.

“Many farmers were unable to participate in the Mini Agriculture Show due to challenges linked to transportation and the distance from their farms to the exhibition venue which is Wuro Sports Ground.

He added, “The outcome of the Mini Agriculture show was very good.

“Many farmers have proposed for the agriculture show to be part of the activities of Vanuatu’s national day and provincial day celebrations as of 2021 so all the farmers on Craig Cove could prepare to showcase their local farm produces.

“The Mini Agriculture Show was the first one to be held in West Ambrym apart from the previous national agricultural festivals that farmers usually involved in.”

“The area councils are far away from each other so I work closely with the key farmers such as Tasso Bong, who assisted me by working with farmers who need technical advice on vegetables and other crop production information.

“Since the price of copra is very low at the moment, farmers are encouraged to grow more root crops and vegetables and selling them at the Port Vila market and the market house at Craig Cove.

“This year I manage to work with a lot of farmers who are interested in planting watermelon.

“I would like to acknowledge the assistance of the Food Security and Agriculture Cluster (FSAC) for providing vegetable seeds to TC Harold affected communities on Ambrym, thus promoting farmers’ interest to increase production.

“Many watermelon farmers are looking forward to harvest their watermelons and are seeking market opportunities.

“One option would be to sell their watermelon at Sepeta Warehouse at Tagabe Agriculture Station on the third week of November 2020.”

The AAO revealed one of the farmers is expecting to come to Port Vila with 500 to 700 watermelons.

“Many farmers are devoting most of their time in cultivating their land including return workers who were involved in the seasonal working schemes in Australia and New Zealand,” AAO Temar said.

“I would like to acknowledge the sponsorship of Chimae Coop and Mene Coop towards the show.

“I also urge all farmers on Fan council to return the farmers’ registration forms for the Vanuatu Primary Producers Association so I could send the forms back to Port Vila.

“Fan council is currently working on establishing a farmers’ association on West Ambrym and other areas to ensure all farmers are registered under one umbrella that would be known as ‘Ambrym Farmers’ Association.”