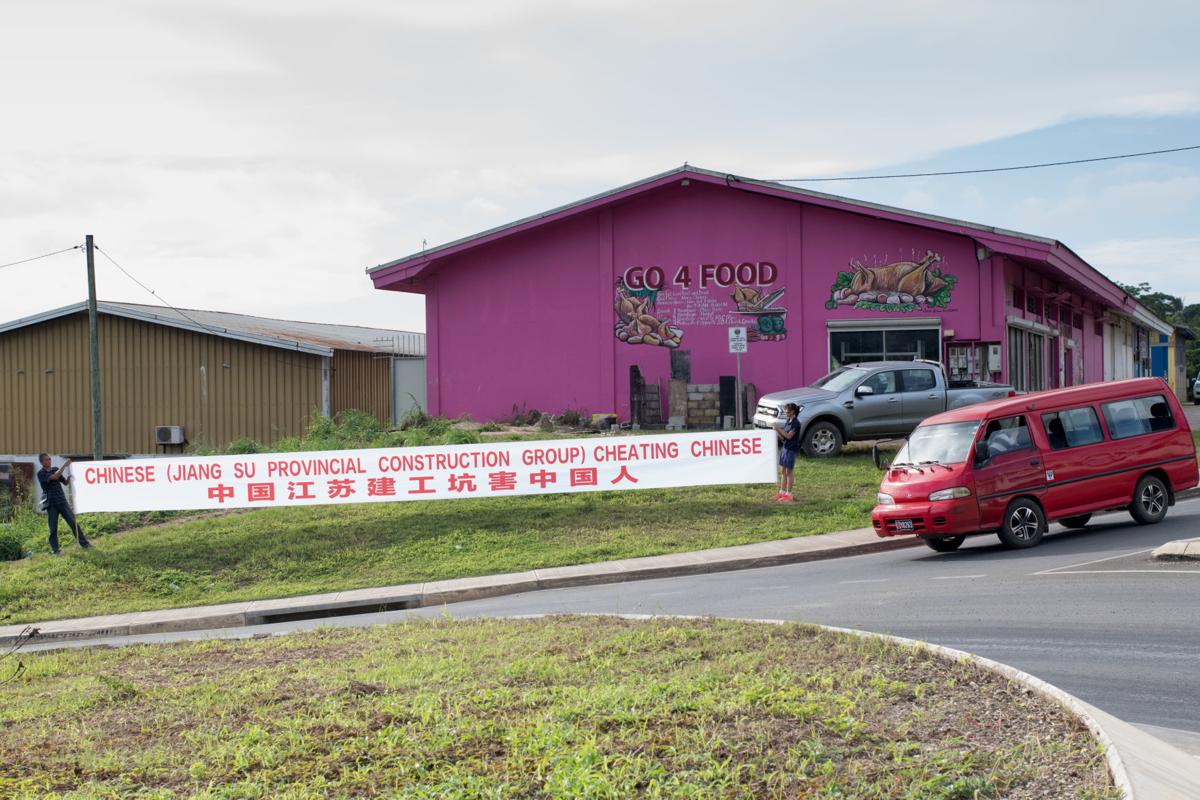 The banner held at the PTH roundabout by Mr Zhijian and daughter Zheqi Pang. 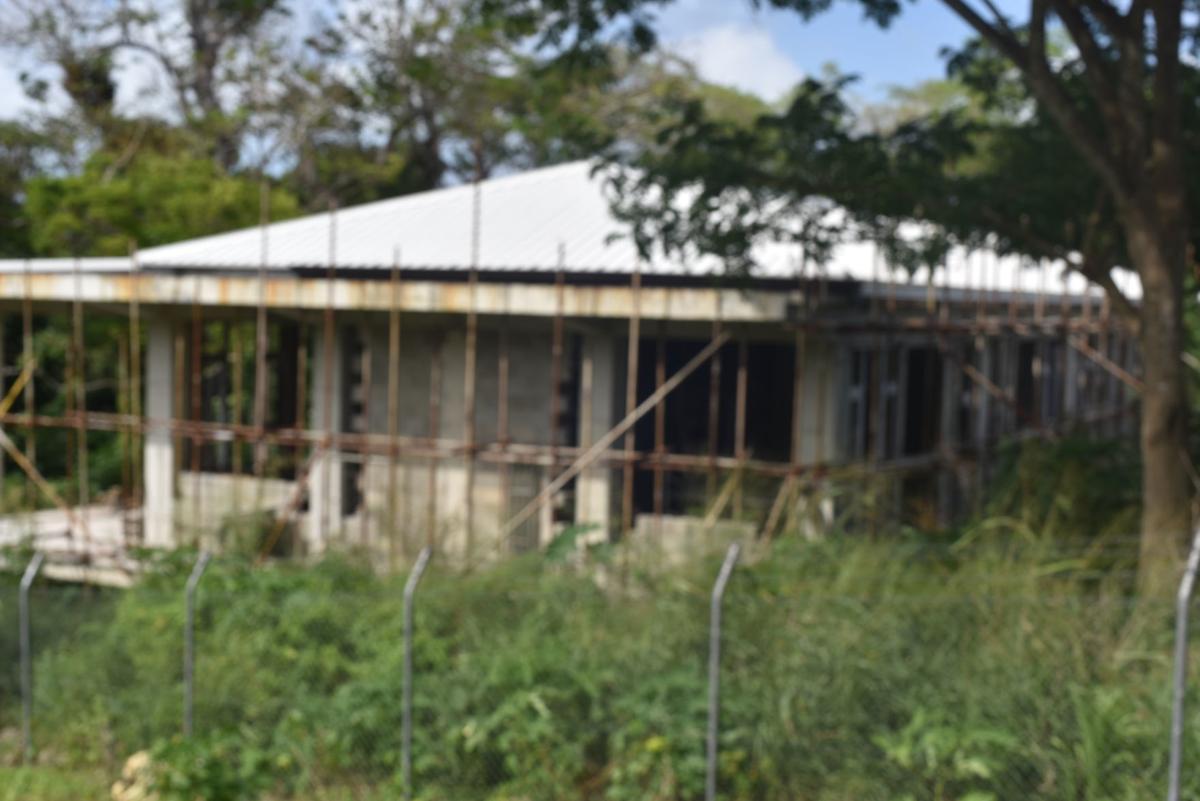 Back in 2019, Zheqi and her father protested because they claimed they are not happy that they have met the cost of constructing their home but the construction company did not complete the work. Photo: File

The banner held at the PTH roundabout by Mr Zhijian and daughter Zheqi Pang.

Back in 2019, Zheqi and her father protested because they claimed they are not happy that they have met the cost of constructing their home but the construction company did not complete the work. Photo: File

A Vt8 million defamation claim has been dismissed by the Supreme Court.

The case was between Jiang Su Provincial Construction (Vanuatu) Limited as Claimant and Zhijian Pang of Stella Mare Area as Defendant.

The claim for damages was over the display of a banner and signage at the Family Mart, USP and PTH Roundabouts in Port Vila.

This banner was written in both English and Chinese languages in red ink.

According to the Court, the two roundabouts were major traffic intersections.

The banner and signage were displayed at peak traffic hours from 7 to 11am and from 2.30pm to 5pm on four days.

Jiang Su Provincial Construction (Vanuatu) Limited alleged that the display was defamatory with the intention to injure its reputation and goodwill in Vanuatu.

Restraining orders were obtained by the Claimant against the defendant on June 24, 2019.

The defendant filed a defence through lawyer Nigel Morrison of Ridgway Blake Lawyers, denying any wrongdoing.

The lawyer later ceased to act for the defendant and another defence was filed by the defendant denying all claims and allegations.

A counter-claim was then filed by the defendant, which was objected by the claimant’s lawyer Ms Stephanie Mahuk on the grounds that it was filed late.

The defendant’s evidence shows that he had obtained authorization from the Port Vila Municipal Council to display his banner on the four days as alleged. The defendant cited that his action was not an independent deliberate action intended to defame the claim in any way but his intentions was to get assistance from any members of the public who might wish to offer assistance.

Justice Oliver Saksak said, in his view those are good defences of truth or justification and privilege.

“As to the allegations of ‘cheating’ made in the banner, the defendant’s evidence is contained in his sworn statement of 25th September 2020.

“None of the claimant’s evidence addresses or responses to those issues raised by the defendant.

“Therefore, there may be truth in the allegation made in the banner.

“In law where there is truth, there is justification and no action for defamation can lie.

“For those reasons, the application for summary judgment is refused and is dismissed.

“The claims of the claimant are dismissed at this point.

“The defendant may sue the claimant for breach of contract under a separate action,” Justice Saksak said.