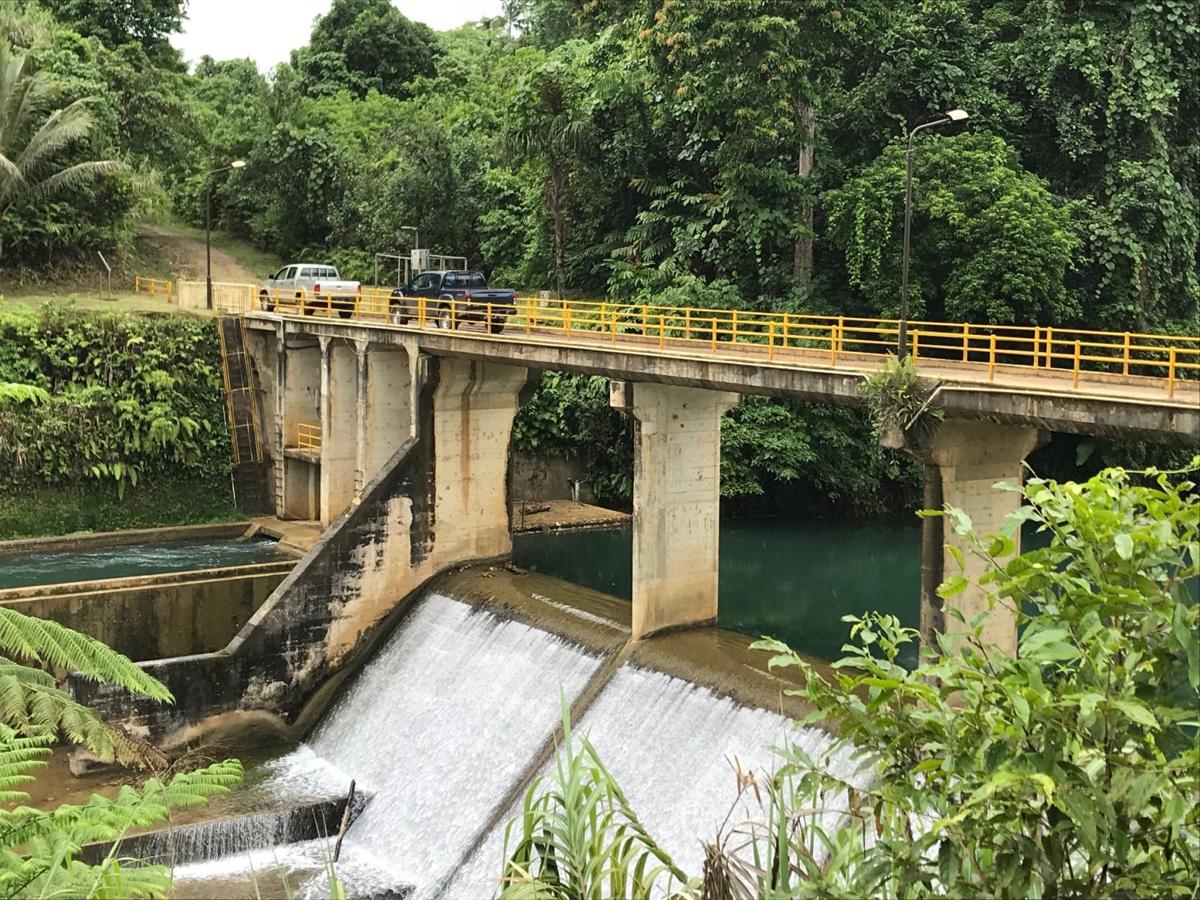 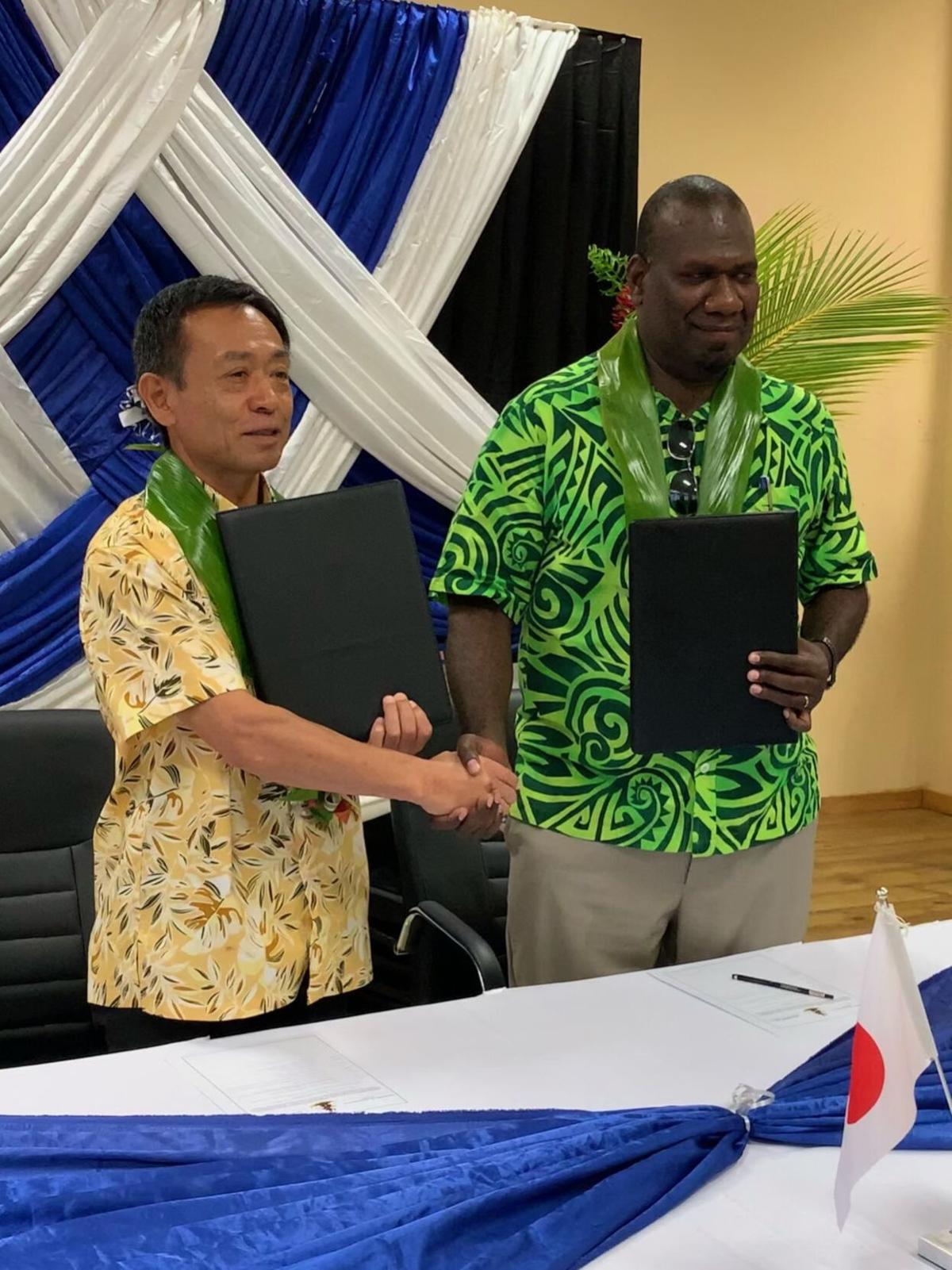 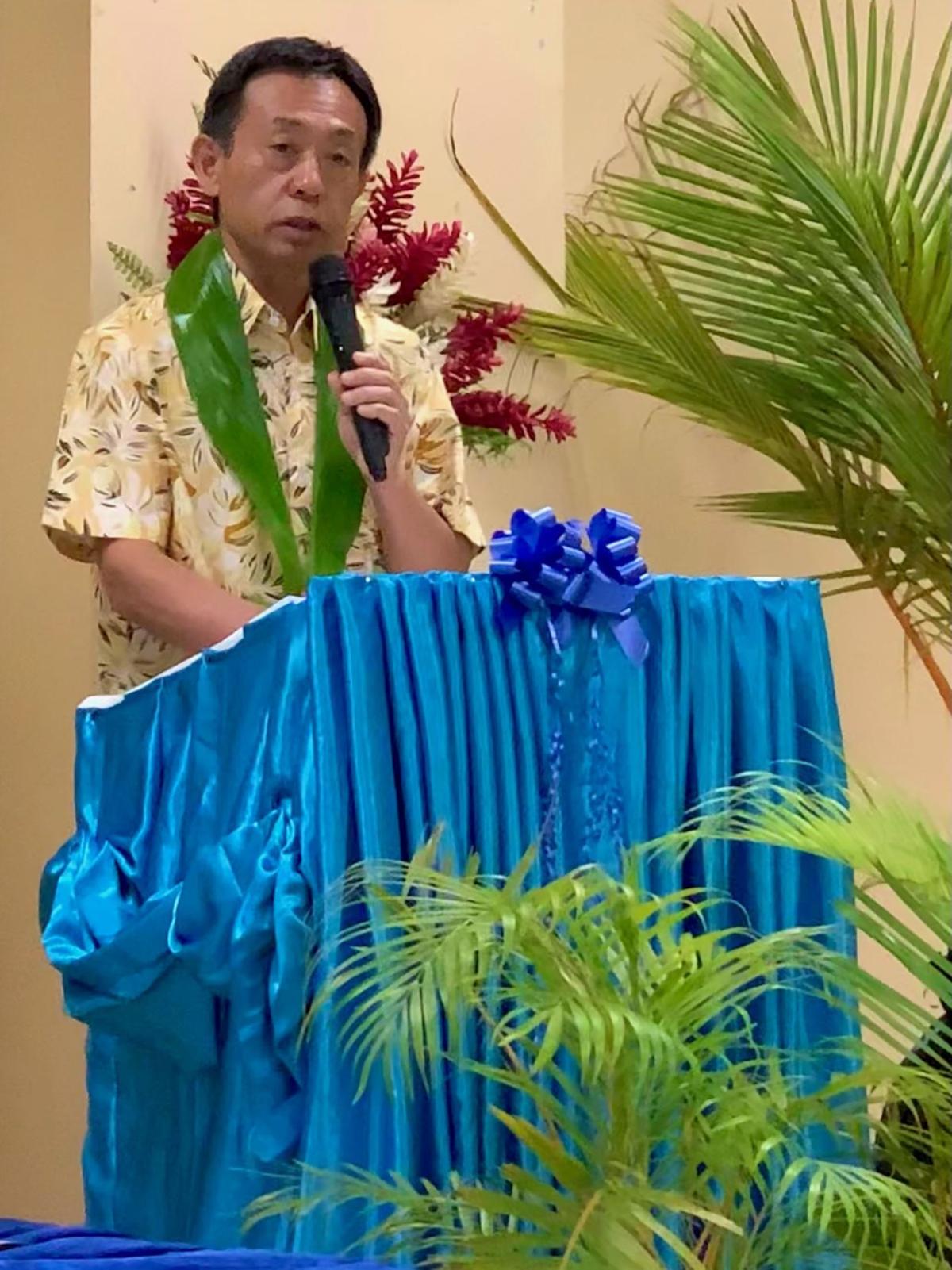 The Government of Japan has formalised the funding for the detail design phase of the Construction of the Hydropower Station in Santo with the Vanuatu Government.

Ambassador of Japan to the Republic of Vanuatu, Mr. Chiba Hirohisa, and Vanuatu’s Minister for Foreign Affairs, International Cooperation and External Trade Marc Ati, formalised Japan’s assistance to Vanuatu at an Exchange of Notes Signing ceremony hosted by the Government of Vanuatu, in the Ports and Harbor Conference Room, Kingstown Luganville Santo at 2pm on Monday, 15th of February 2021.

In his remarks, Ambassador Chiba noted the first step towards the formalization of this project was made by then Prime Minister of Japan, Mr. Abe Shinzo as part of Japan’s commitment announced through the Leaders’ Declaration of the PALM 8 in 2018.

“Today, I am more than happy to see the materialization of such commitment and sign the Exchange of Notes for the detailed design phase worth approximately 63 million Yen,” he said.

“With this signing, Japan will start necessary works for the detailed design for the construction of a new additional Hydropower Station in Santo, including engineering research as well as social, economic and environmental studies.

“It is our hope that the next phase which is for the actual construction will be formalized at the PALM 9 to be held in Japan later this year.

“As you know, the Government of Japan constructed the first Hydropower facilities in the Sarakata River through its Grant Aid in 1993. An improvement project of the power plant was also completed by Japan’s Grant Aid in 2006.

“Since then this power station has been playing a significant role as a major power source for Santo, the biggest island and one of the most rapidly developing areas in Vanuatu.”

The Ambassador said it also embodies a remarkable milestone of friendship between Japan and Vanuatu.

“I am proud and happy to witness with all of you today the new start of our journey for accomplishing yet another milestone, symbolizing the further strengthening of our relations into the future.

“We are now living in the age where we have to address most seriously the increasing threat of climate change. Switching to renewable sources of energy is unavoidable and it is an urgent matter for all nations in the world.

“In this conjunction, I highly appreciate the Government of Vanuatu’s determination to increase the country’s reliance rate on electricity generated through renewable energy source s to 100% by 2030, consistent with its ‘Revised National Energy Roadmap 2016 2030.’

“I believe that the additional Hydropower Station in the Sarakata River which is expected to be established in several years will be a great contribution to the nation’s prosperity, harmonizing with the goal s of the Roadmap as well as the development aspirations of Vanuatu.”

The detail design phase is part of the overall “Project for the Construction of Hydropower Station in Espiritu Santo” that will involve careful survey and study of the area.

This phase will also focus on in-depth evaluation of the site together with relevant engineering and construction information to ensure that the hydropower station will serve Santo communities and businesses as a resilient and sustainable infrastructure.

The construction of a new Hydropower station will support the Vanuatu Government’s plan of expanding the Sarakata River hydropower plant; as well as its vision to provide safe, high-quality, affordable, and clean energy to the communities and businesses in Vanuatu.