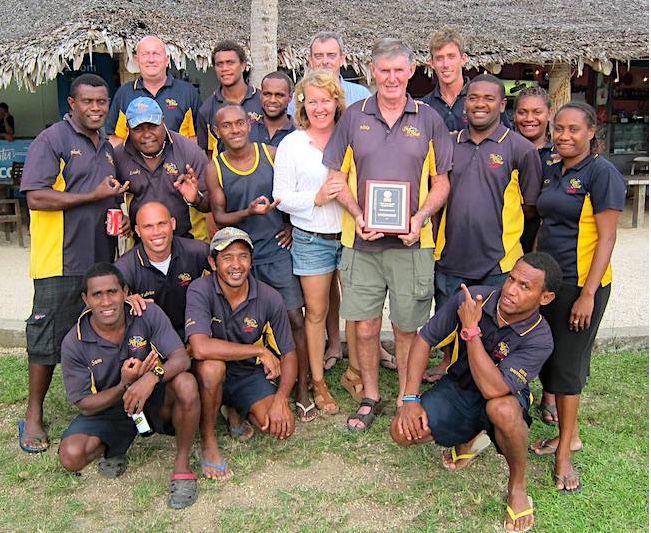 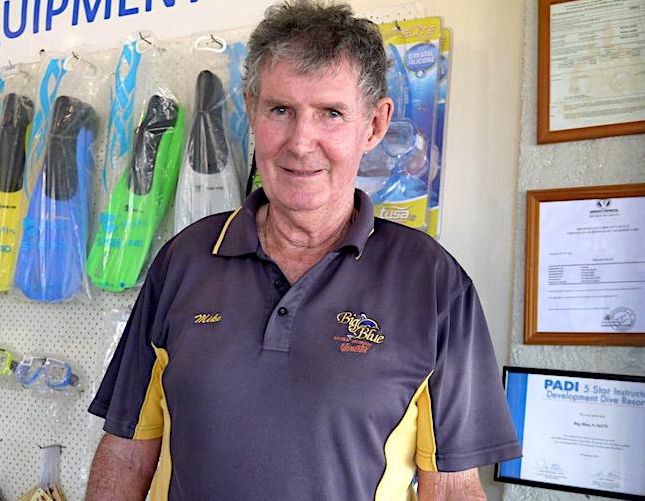 The Vanuatu Tourism Office (VTO) wishes to celebrate the life and achievements of VTO Board Member Mike Crawford, who passed away in New Zealand on the 15th of December.

“’Abu’ Mike’s contribution as an industry representative on the VTO Board helped our tourism industry to refine its shared vision for the growth and development of the sector”.

“A number of his former staff now operate their own businesses, thanks to Mike’s mentorship. It’s not hard to see how Mike earned the respectful moniker ‘Abu’ or ‘grandfather’—he’s been a formative influence for many Ni-Vanuatu dive professionals”.

“Thanks to Mike, visitors to Vanuatu can now dive with local divemasters and and learn to dive with local instructors, giving our dive visitors a truly authentic Vanuatu experience”, says CEO Issachar Aru.

“Mike was a champion of the dive industry and tourism in Vanuatu, being the first dive operator to undertake the training and development of Ni-Vanuatu dive masters and instructors, which fundamentally changed the profession here and the opportunities it opened for Ni-Vanuatu. Mike was not only a pioneer of the dive industry but also a champion for the marine environment and its value as one of Vanuatu’s greatest assets. He is remembered as a gentle man who was a great friend to many, and is a great loss to our industry.”

Originally from Te Puke on New Zealand’s North Island, Mike first arrived in Vanuatu on a cruise ship, and he learned to dive in Port Vila in 1988. He secured work on the ship, got his divemaster qualification and returned frequently as a divemaster on P&O cruise ship Fairstar in the 1990s.

From 1995, with wife Maggie, also a dive instructor, he ran a dive operation on Iririki Island. In 1998, the couple moved to Hideaway Island, and they ran the resort’s dive operation for seven years.

In 2013, Mike received official recognition from the Professional Association of Diving Instructors (PADI), who awarded him for his “Outstanding Commitment to the Vanuatu Dive Industry”.

Mike joined the Board of the Vanuatu Tourism Office as VSOA Member Representative in 2015.

On behalf of the VTO, CEO Adela Issachar Aru offers her deepest condolences to Mike’s wife Maggie, his family and his friends.

Mike was buried in Tauranga, NZ last week. A local memorial service will be held for Abu Mike at Island Magic Resort in Mele Bay on Sunday, 29th December at 5pm.