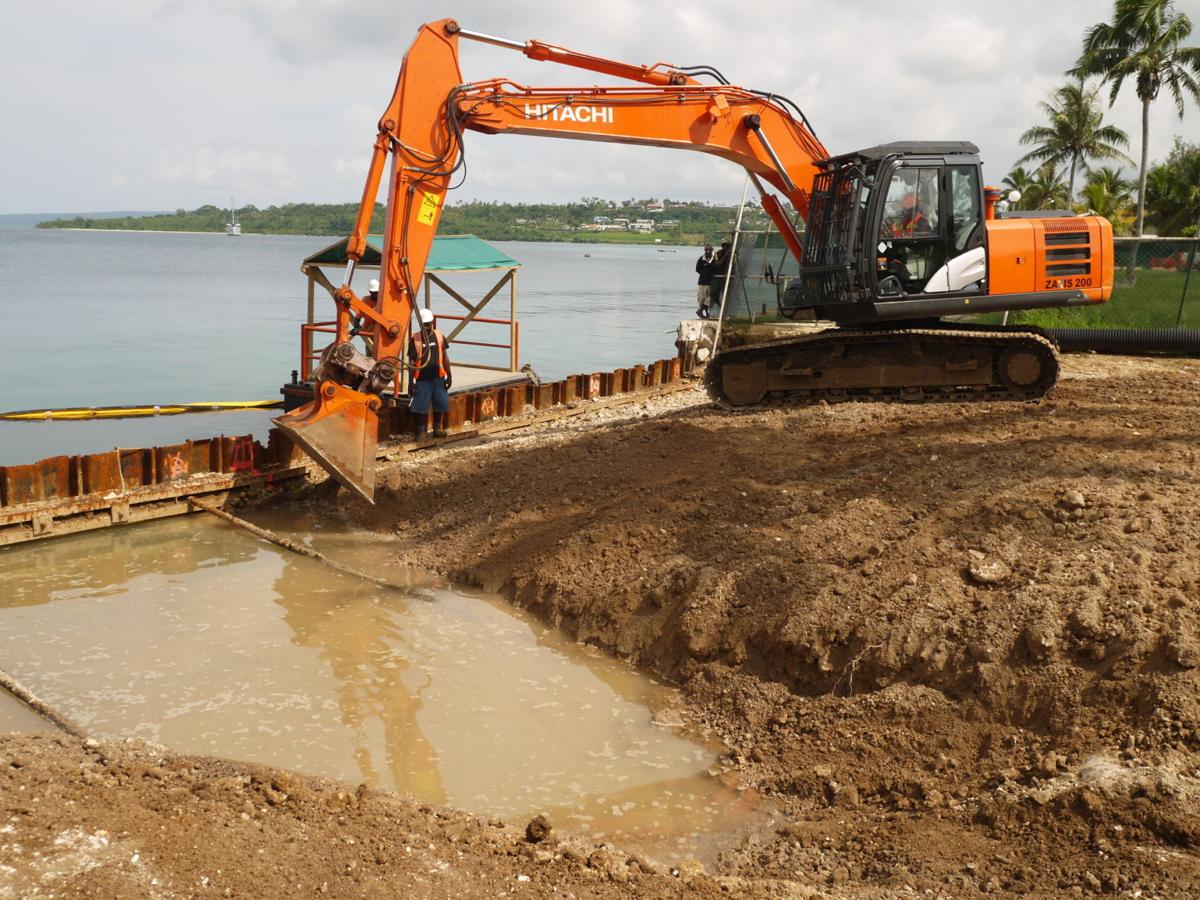 Digging starting behind the seawall to place the concrete in behind the existing sheet piles. 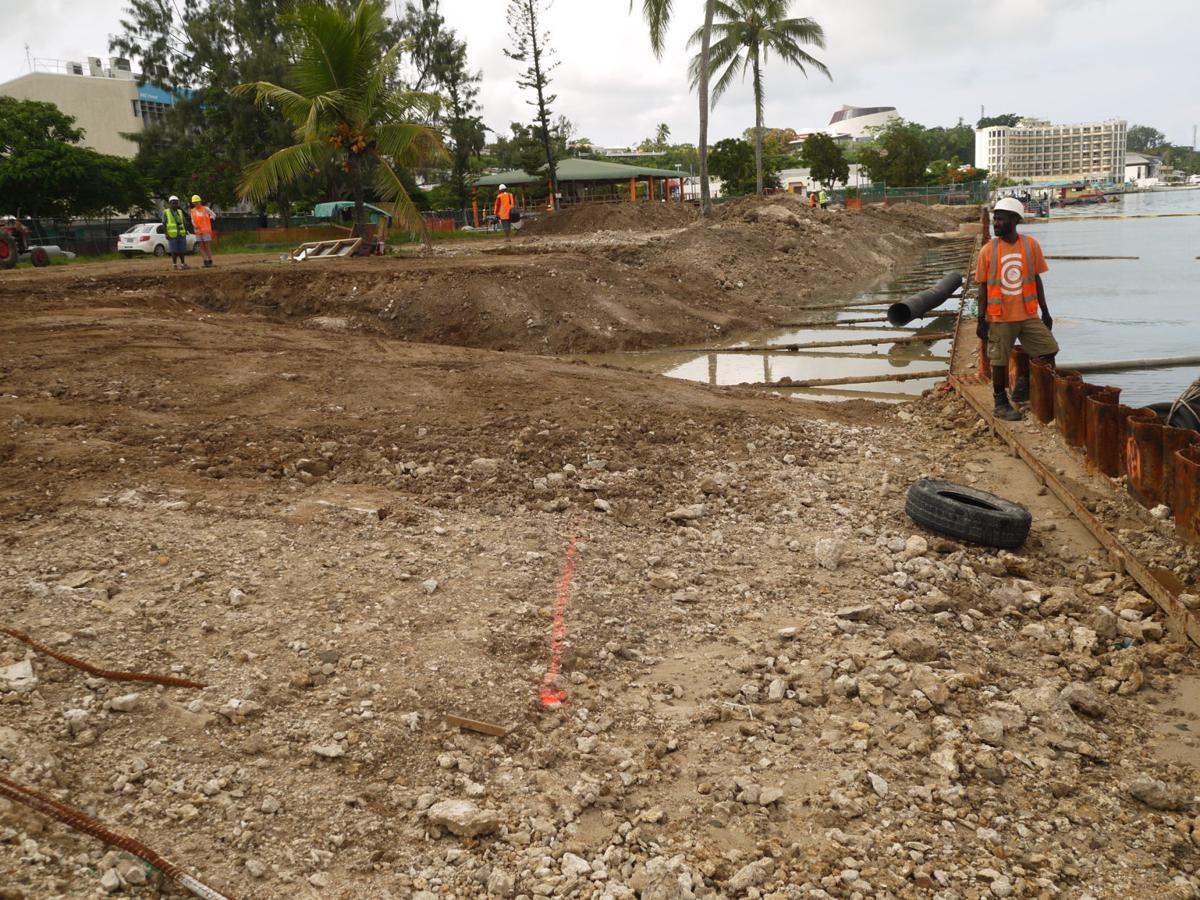 Digging starting behind the seawall to place the concrete in behind the existing sheet piles.

Construction work on the beautification program of Port Vila, under the Vanuatu Tourism Infrastructure Project at both the Seafront and Portside precincts, is well under way after starting in January this year under the direction of the contractor, New Zealand company Hawkins Infrastructure Limited.

The Daily Post was taken on a tour of the construction sites of the three stages of Seafront Park by Project Engineer of Hawkins Hannah Schofield to see progress on the work. On the ground at Stage Three in front of the Seawall Stage Schofield explains:

“We need to build 473 meters of new seawall and it’s going to have a pattern on the front out of precast concrete.

“So we have broken the job of the 473 meters into five different stages. Where we are standing now is actually Stage 3.

“So we’ve started in the middle because that causes the least amount of disruption to local businesses.

“At the moment right here, we are starting to dig out behind the seawall to place the concrete in behind the existing sheet piles.

“Once that’s done we’d be able to bring out our precast panel and lift them into place with a crane on the front side of the wall.”

Temporary silt curtains have also been installed to minimize impact on the marine environment.

Stage three also includes refurbishing of the seafront stage to ensure it is cyclone and earthquake proof.

On the other side of Nambawan Café, is Stage One. They have not started the seawall works there but they have started building the Natapoa Tree Deck.

“The boys are doing a really good job down there with local builders who at this stage have done all of the foundation and they are now installing the bearers and the joints. So, that part of the works is progressing well,” Schofield said.

“Stage two will have a large market building to be constructed there and at the moment we are leaving that area untouched so that people still got access to the seafront. So, we will not move into stage 2 until we have completed Stage 1 and to a point where people can use it.”

Footpaths will be constructed and a lot of tree planting and landscaping will be done at all project stage sites.

A total 30 ni-Vanuatu have been employed by Hawkins to help with all manner of tasks on the construction sites.

Vanuatu Tourism Infrastructure Project started in January this year and will be completed by the end of 2016 with only a few small tasks to be done in January and February 2017, Schofield confirmed.

The project is being carried out at a total of Vt1.4 billion funded by the New Zealand Government, and the Enhanced Integrated Framework (EIF), a WTO program assisting Least Developed Countries.

The VTIP involves rehabilitation and development of two public waterfront spaces: the Seafront Precinct – the central market to Chantilly’s on the Bay; and the Portside Precinct – the main wharf eastern entrance.

Its aim will be to improve the safety, attractiveness and value of Port Vila as a tourist and cruise ship gateway.