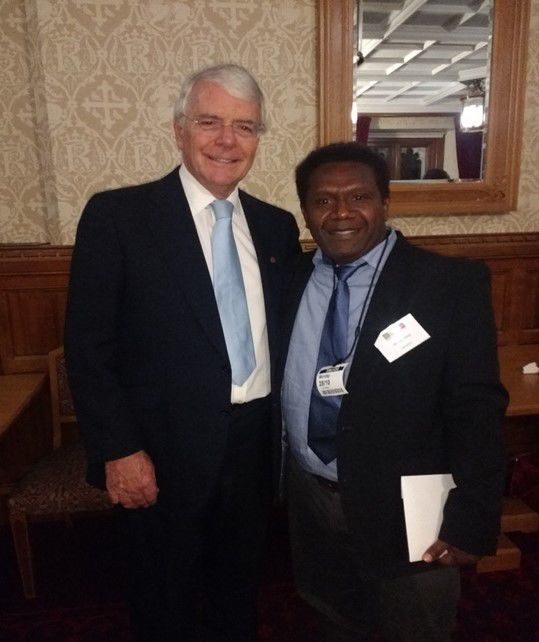 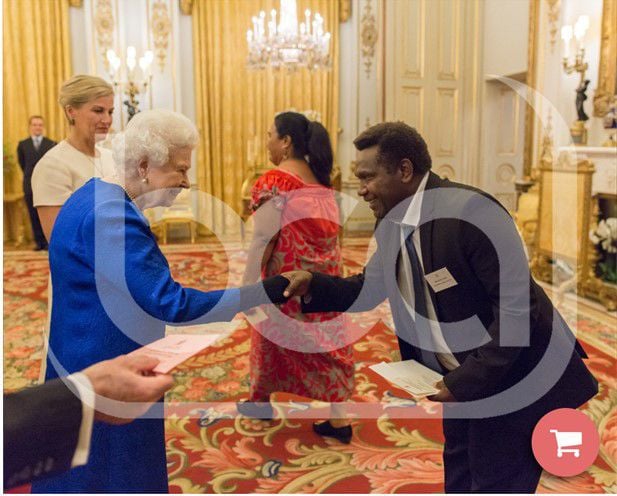 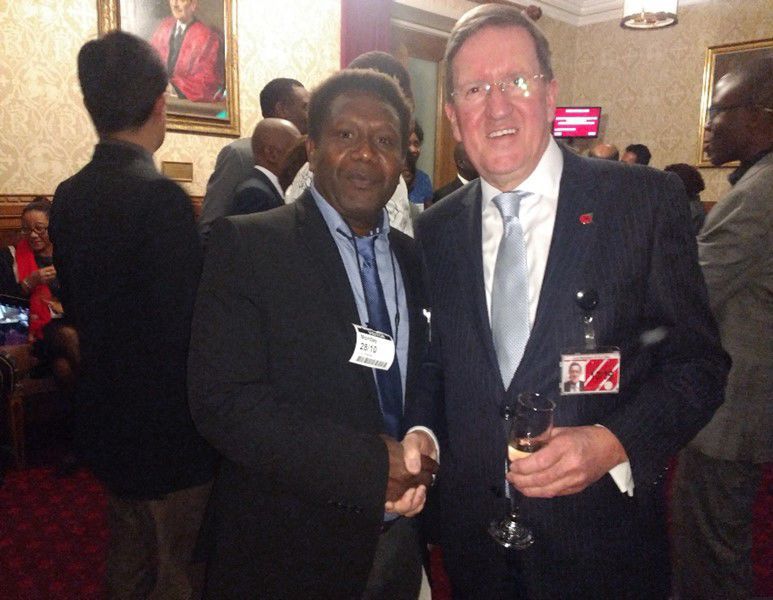 On the 27th October 2019, Mr. Basil Aitip, the National Eye Care Programme Coordinator arrived in London at the invitation of Queen Elizabeth, to represent Vanuatu and celebrate the success of the Diabetic Retinopathy Programme Support funded by the Diamond Jubilee Trust.

The trust was set up in 2012 by the Commonwealth Heads of Government with two main goals: to prevent avoidable blindness and to empower a new generation for young leaders. Its mission is to leave a lasting legacy owned by the Commonwealth in honour of the Queen. The Trust’s work will end as planned in 2020. It has improved the quality of eye care in every Commonwealth country.

In its lifetime, the trust has helped more than 22 million people in Africa and the pacific. It has ensured almost 19,200 people have received treatment to prevent the loss of sight due to diabetes.

Aitip started working with the Fred Hollows Foundation with support from the Trust fund in July 2017.

His role includes conducting training and workshops for health workers including village health workers, he has been instrumental in the development of Diabetic Retinopathy Eye brochures and flip charts to use as teaching aids.

From the trust fund Dr Johnson Kasso received sponsorship for his trainings and graduated in December 2018 as the first Ni-Vanuatu Ophthalmologist.

On Tuesday 28th November, Mr Aitip also visited the London school of hygiene and tropical medicine which is part of the Commonwealth Eye Consortium established in partnership with the Trust. At presentation by Dr Andrew Cooper [Trust Programme’s Manager] includes 3 key slides featuring how Diabetic Retinopathy programme is being delivered.

In the evening Mr Aitip was part of the reception hosted by Queen Elizabeth at Buckingham Palace where he was honoured to spent time with the Queen personally. He acknowledged her for “choosing to safe sight as Vanuatu people have benefited greatly from the donation the country has received”. In her key note address, Sophie, Countess of Wessex included Vanuatu in the list of countries that the Queen was impressed with their achievements in eye care.

For Mr Aitip, the highlight of the trip was seeing and hearing the profile that the Vanuatu Diabetic Retinopathy programme has in the commonwealth. This is due to the Trust’s input; he was extremely proud of the achievements that has been noted. In the publication, the Trust has recently released, “Lasting Legacy” Vanuatu was again represented with three pages of content. Aitip was presented a copy of this to bring with him to be kept in the Vanuatu Eye Centre.

The challenge now is to continue managing and growing the Diabetic Retinopathy Program further, to promote great eye care and prevent loss of vision for the people of Vanuatu.

• Provided DR training to More than 80 Health Workers to screen, Detect and refer Diabetic Retinopathy patients in a timely manner for care

From January to December 2020

• More DR training of Health workers to be conducted

• Reprint of Flip Charts and Brochures to Meet Ministry of Health Vanuatu to fight NCD and its complications in every affected individual.