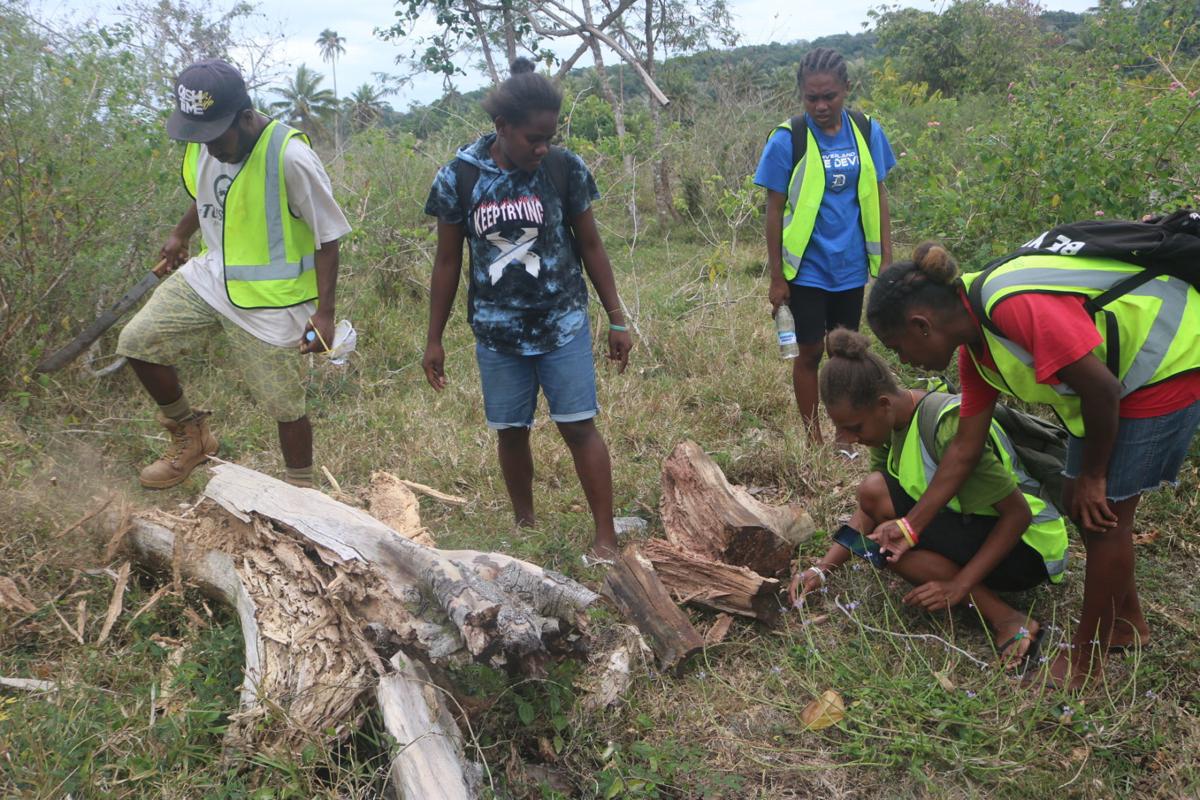 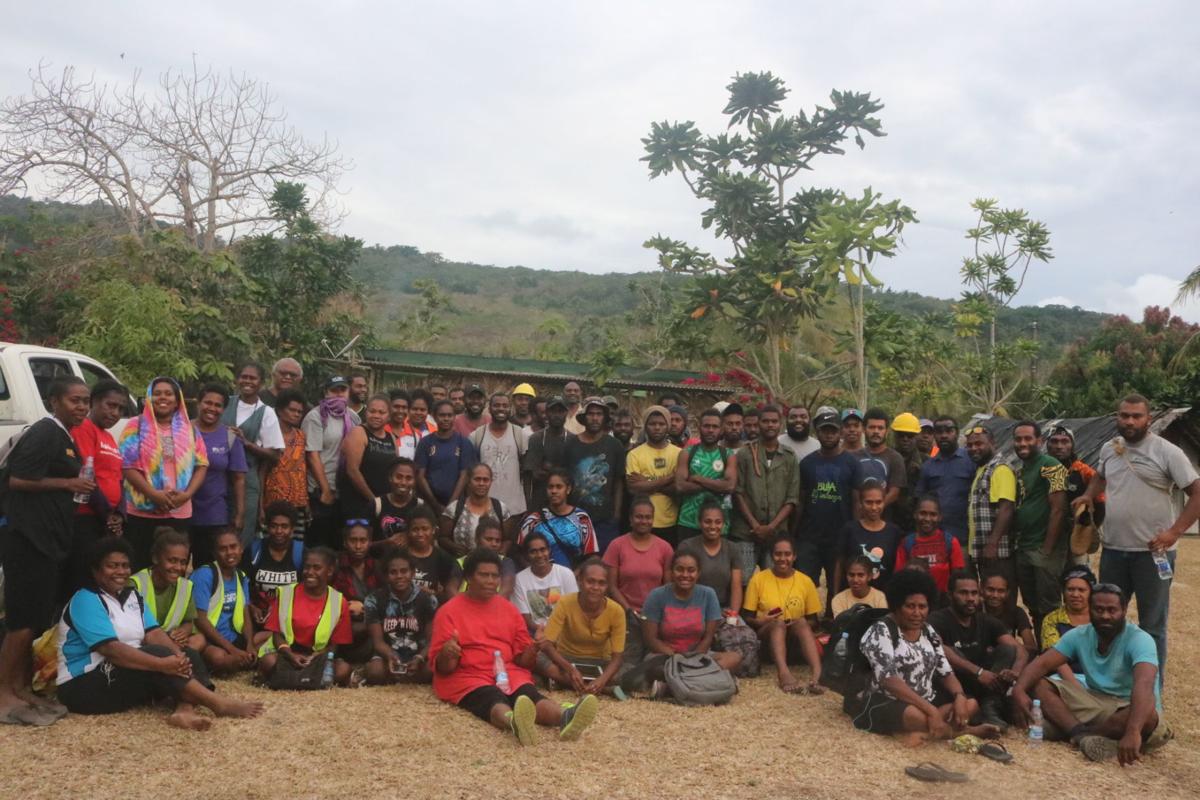 Around 100 staff and students of the University of the South Pacific (USP)’s Emalus Campus took time off work on Friday 30, 2019, to join forces with government of Vanuatu and stakeholders in the fight to control the spread of the Coconut Rhinoceros Beetle (CRB) in Mangaliliu village in northwest coast of Efate Island.

The staff and students enlisted and participated in different activities with the main objectives of identifying symptoms, trapping, and destroying the habitats of the pest. The areas covered by the working parties included Mangaliliu and surrounding areas, as well as further south to include Bukura.

On arrival at the CRB Operation Centre at Mangaliliu village, at around mid-morning, the State of Emergency team organizers on the ground, divided the participants into smaller groups with assigned leaders and sent them to their designated areas to carry out their tasks for the day.

Ms Naomi Bolenga, a staff member who initiated the exercise says, “It fits well with the school program, as the University is on mid-semester break so staff and students have some time off from their normal schedules to assist the community in this exercise.

“This comes as part of the University’s corporate social responsibility to the community.

The idea of helping out in this exercise arose when I realised that this pest destroys coconuts which is a key source of income for Vanuatu and many of our students depend on income from copra to pay their fees. If Vanuatu loses this source of income, it will impact negatively on the University as well.”

In an effort to control the CRB, the Government, through the Ministry of Agriculture, Livestock, Forestry and Fisheries mobilized their staff and other resources in an attempt to contain the spread of the pest.

Other Government Ministries and organizations followed suit following the announcement of the state of emergency by the Government.

The state of emergency allows authorities to set up restricted zones around infested areas to contain the spread of the rhinoceros beetle to new areas.