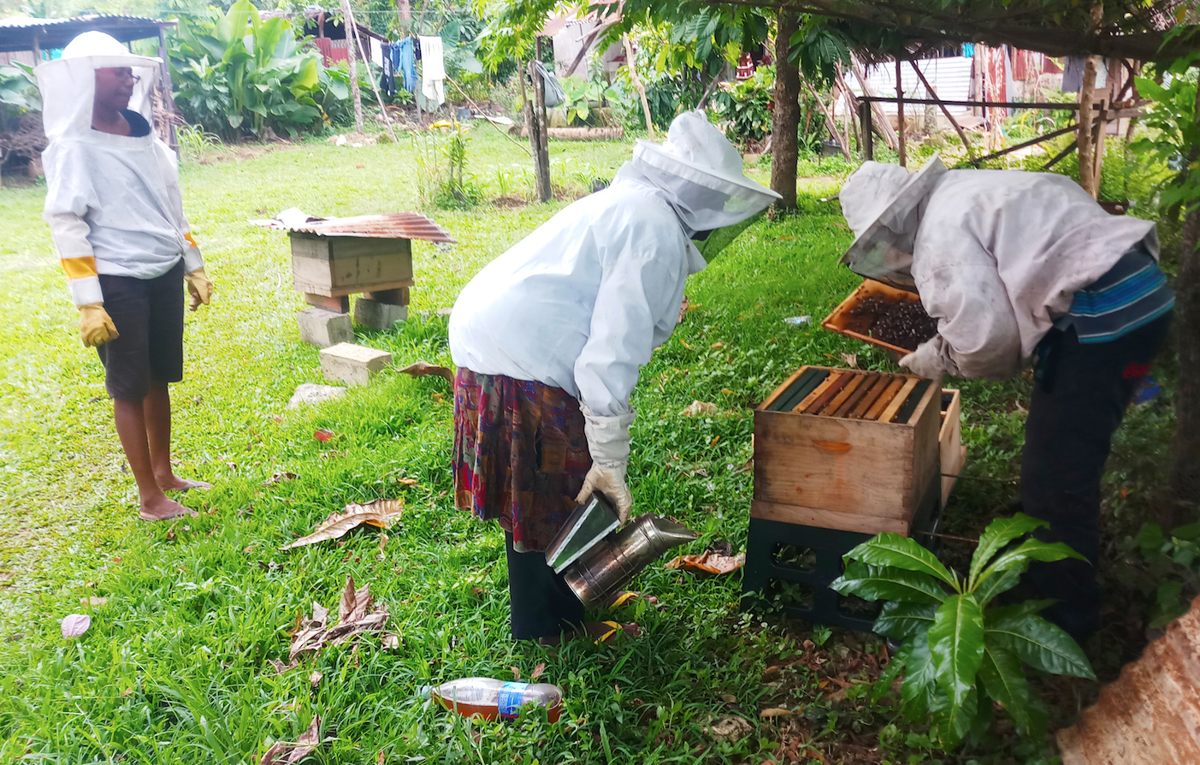 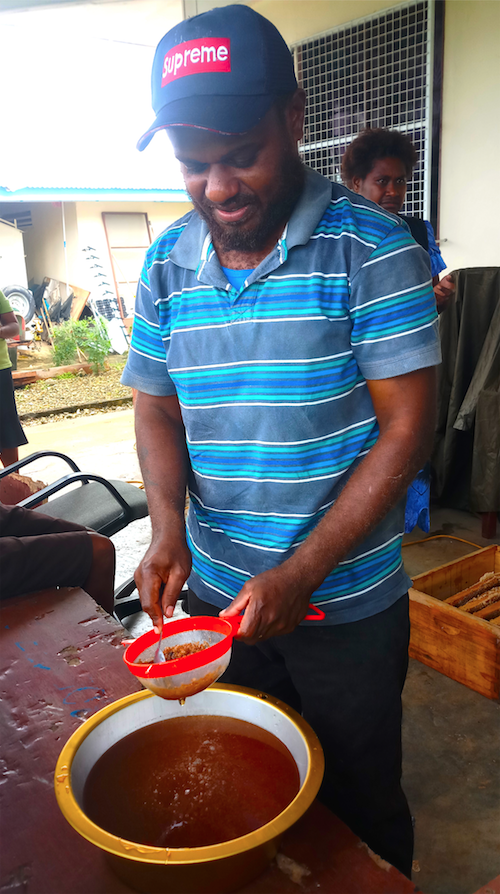 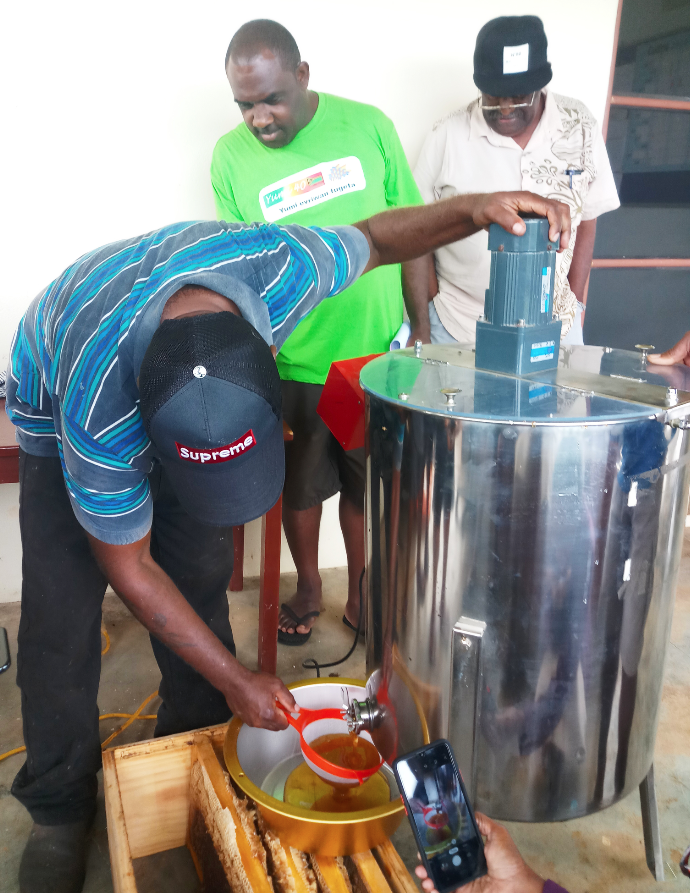 The sustainability of locally produced honey in Vanuatu is a challenge for beekeepers, since growth in the industry is not as expected due to lack of proper equipment, tools and technical assistance to interested local beekeepers.

A Beekeepers Training organized by the Vanuatu Skills Partnership, Vanuatu Agriculture college, Department of Agriculture and the Department of Industry was held at Luganville, Santo on August 17-21, 2020 to ensure that beekeepers are equipped with the appropriate tools and techniques to increase productivity and be in a position to establish a sustainable honey production operation.

The decline in production of honey in SANMA is due to lack pollen producing flowers which were destroyed by TC Harold, therefore bee feeding sources are scarce and that has been a major obstacle to the Beekeeping industry.

This year 13 beekeepers around Luganville and East Coast Santo have who showed interest in the Industry and have started keeping Bees on their own without any form of training were also included in this coaching and training exercise.

Manager Sanma Skill Centre, Wesley Jerethy said the Beekeeping Industry is slowly gaining momentum in Sanma Province and there is need for a strategic approach to support industry into becoming a viable source of income for Bee farmers.

“Strengthening governance mechanisms such as establishing Bee farmers associations is a need that requires support from the provincial and the national government and other partners also,” he said.

“Beekeeping must be promoted as a viable source of income to improve livelihood.

“Bee farmers are also required to seek further assistance and technical support when it comes to labelling and packing of product.”

“In terms of market approach, all beekeeping associations will use only one labelling brand across to market Sanma honey.

“Our aim for this industry is to help bee keeper’s move from subsistence/low scale farming to a commercial beekeeping industry system (Moving from one Bee hive to ten or more hives).

A total of 22 clients who have participated this year, some who are evacuees from Ambae in 2018 due to volcanic eruption.

A similar training was held last year and nine out of 21 participants from last year’s training are still in the industry.

The nine participants from last year with ongoing bee keeping operations have received 25kg white refined sugar as part of their stimulus package.

11 participants from last year are no longer in the beekeeping industry for various reasons including TC Harold impact (Bee Hive boxes damaged) and repatriation to Ambae.

By-products from producing honey can be sold for extra income.

Honey produced by Beekeepers in SANMA Province will be listed as organic products with the Department of Industry.