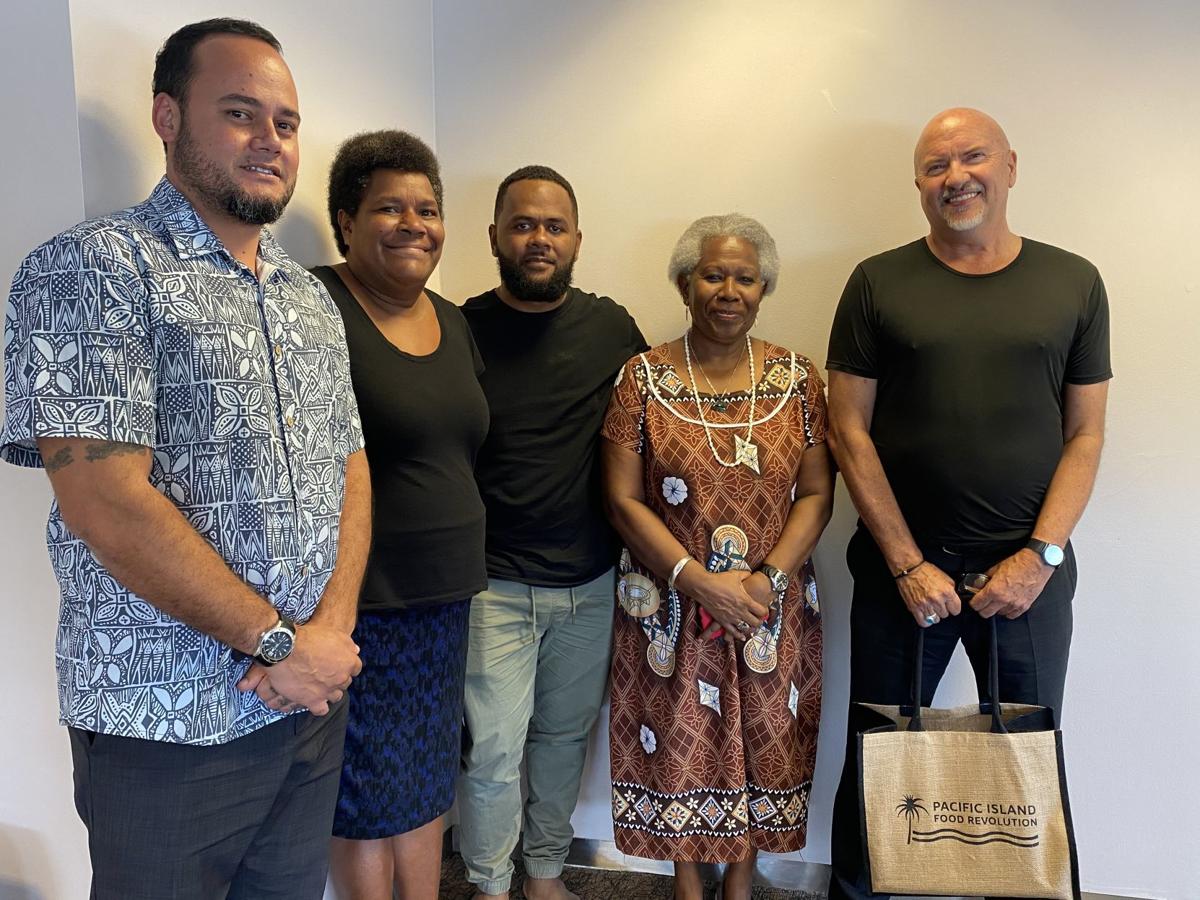 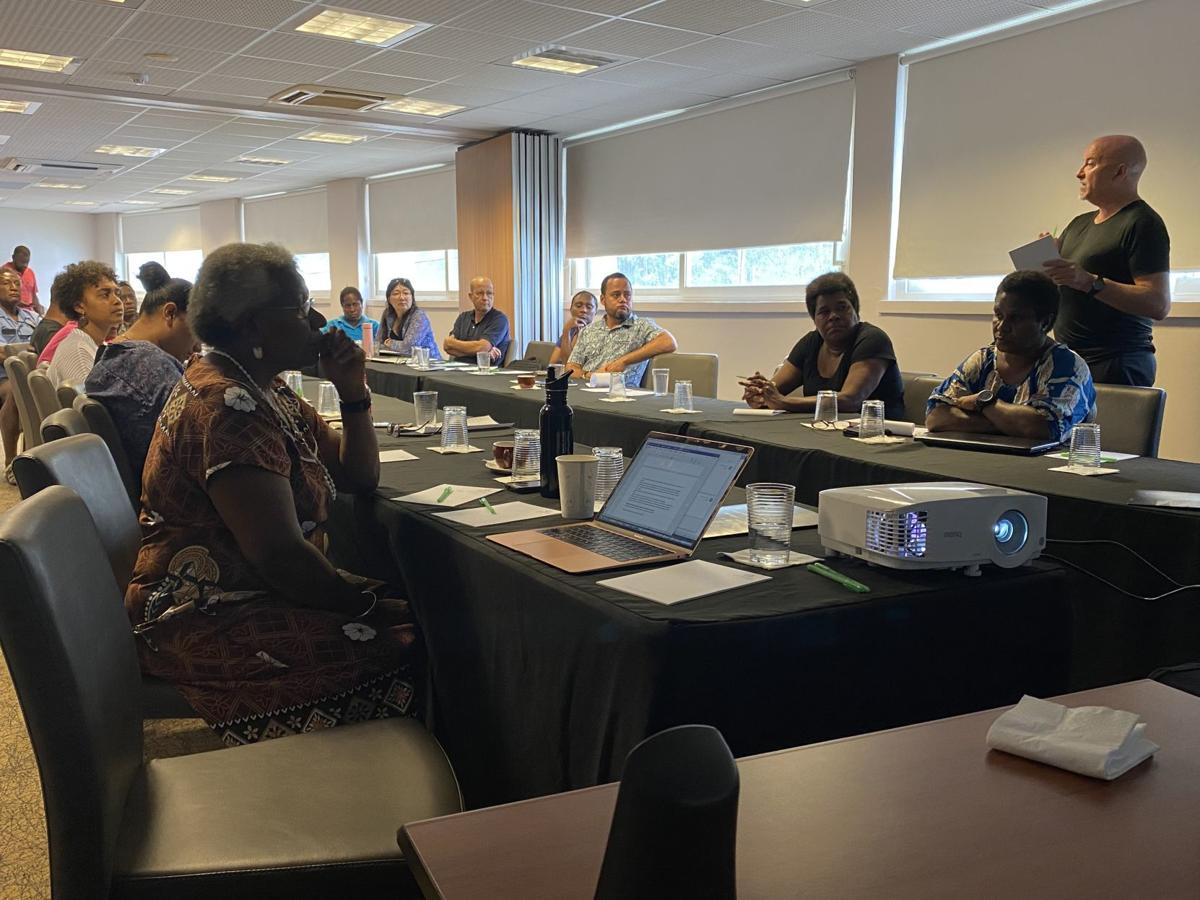 The Department of Tourism (DoT) held a workshop at the Grand Hotel on February 7 to discuss the development of a Vanuatu Local Cuisine Revival Strategy.

He suggested, “While the Department of Tourism acknowledges the need for tourism to contribute to the country’s GDP, it must not do this at the expense of the very assets that attract tourists to our country, which is our culture, our friendly welcoming personalities and our beautiful environment”.

He also went on to explain that the country needs to go a step further, that it’s not just about protecting but reviving tourism assets.

One example Mr Spooner gave of the need for the revival of tourism assets was with Vanuatu’s local cuisine.

He talked of his experience eating in the mama’s markets with his staff and asking for island kaikai only, the mama still gave them rice with local food.

Mrs Serah Tari from WEAV explained that the mama would have been given the message that manioc is served if there’s nothing else to eat, but this mindset has to change.

Mr Robert Oliver talked about the loss of pride in traditional local cuisine.

“We have to acknowledge the role of colonisation in the loss of pride in local food. Colonisation is the oppression of one culture for the benefit of another.

“This has made a position for the marketing companies to glamourize imported food and build shame around local food.

“There is a role that tourism has had proliferating this message that local food isn’t good enough, this message has to change.”

The word revive was mentioned throughout the workshop as a powerful message, as Myriam Malao President of the Mama’s Port Vila Market suggested, “reviving places the challenge back into the hands of the Ni-Vanuatu, we have the knowledge to make positive change and revive our local food”.

Robert Oliver expressed, “There is great hope, I just want to acknowledge Leo Vusilai and his participation in the Pacific Islands Food Revolution, he is one of those young people that went on that journey and put Vanuatu on the centre stage”.

Leo Vusilai suggested, “there is a large role tourism can play in changing mindsets, through a local cuisine revival strategy we can change the perceptions of tourists to expect and seek out our traditional local cuisine, it will become an attraction in its own right, once we achieve this all the linkages will fall into place, one of the key ways to do this is through a Vanuatu local cuisine cookbook”.

Mrs Votausi Mackenzie (Project Leader) supported this and suggested, “the cook book is an all in one strategy, it’s a positive revival of our traditional local cuisine, it’s addressing NCDs, it is providing a wider distribution of profits from the tourism industry into our rural areas, to our mamas etc., it’s very important that the local communities have a sense of pride in our culture through the process of creating our own local cuisine cookbook”.

The Vanuatu Local Cuisine Revival Strategy is part of DoT’s focus to transform the tourism industry from “Vanuatu for Tourism” to “Tourism for Vanuatu!”

This statement means, “It’s time to ensure tourism is for the benefit not at the expense of our people and generations to come”.