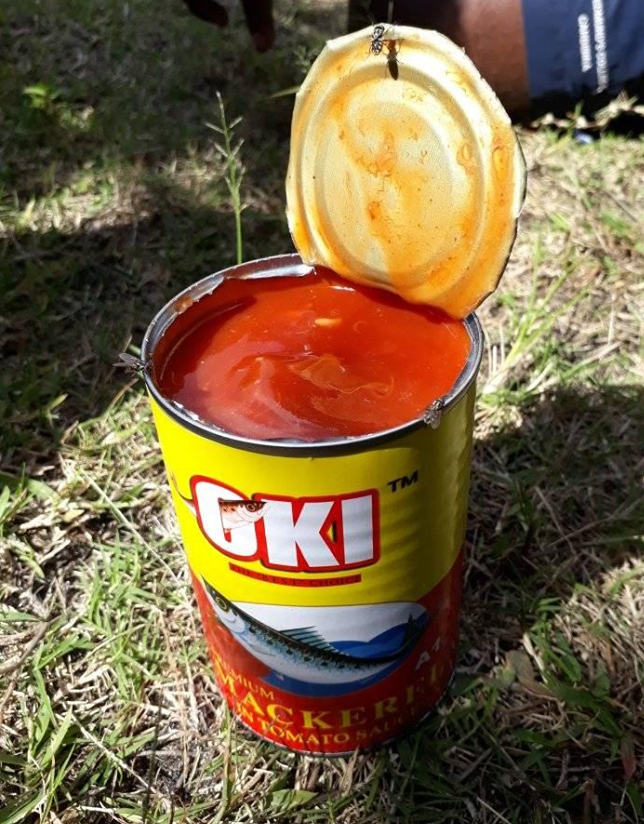 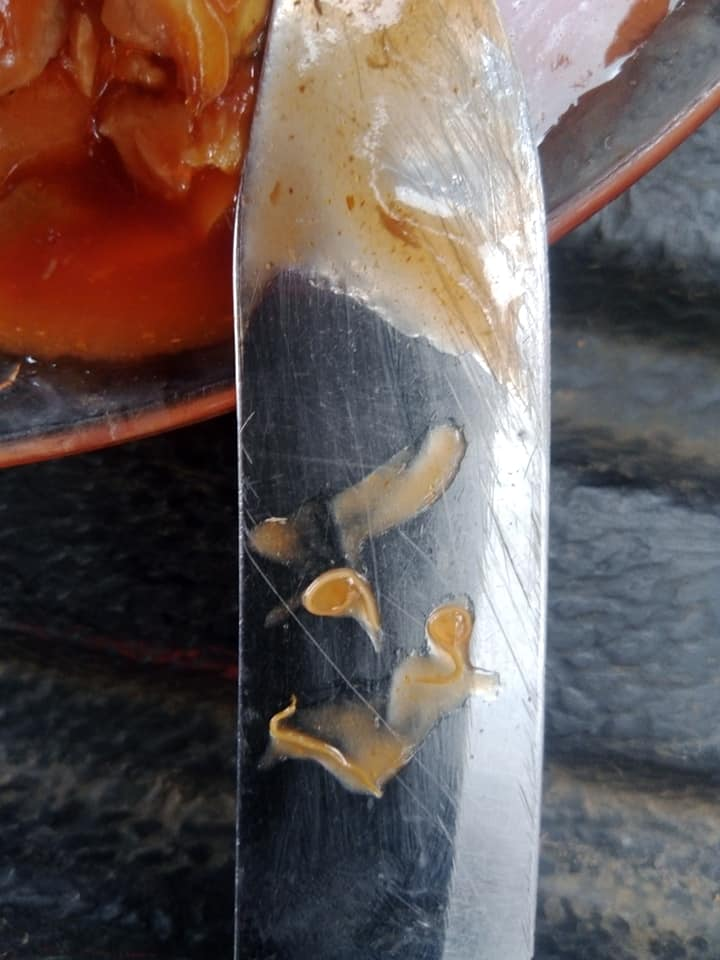 It has been confirmed that some tinned fish distributed as part of the relief food supplies to volcano victims on Tanna were contaminated.

These products purchased from a Chinese shop in Port Vila are not expired as their expiration dates are marked next year however, the meat in those cans appears to be no longer fresh, according to the Secretary General (SG) of the TAFEA Provincial Government Council, Joe Iautim.

SG Iautim said that out of 80 cartons of this particular brand of tinned fish sent to Tanna, 60 have already been distributed with 20 still in storage.

He said they have discovered that some of them in storage are also already contaminated. They have been removed and destroyed.

The people from affected communities in east and southeast Tanna who received this tinned meat are advised not to eat it.

“Our difficulty is that this brand of tinned fish is also available in shops here (on Tanna), which makes it hard to single out the spoiled ones,” said the SG.

SG Iautim said the National Disaster Management Office (NDMO) Office at Lenakel on Tanna have asked the NDMO main office in Port Vila for replacement of the contaminated tinned fish in its report.

TAFEA’s Health Promotion Officer, Jimmy Nital, told the Daily Post that they discovered the contaminated canned meat following a complaint that was made to Tafea health officials by a family from one of the affected areas in Whitesands.

“This family of six allegedly got diarrhea after eating the tinned fish.

“We found out that other members of the communities who consumed this brand of canned meat were also affected,” he said.

Health Promotion Officer Nital said that they identified a type of worm in this particular brand of tinned fish.

He said they are removing this brand of tinned fish from some distribution centers, including shops in Lenakel.

In a statement issued yesterday, NDMO apologized to the affected communities and assured them that the contaminated OKI tinned fish will be replaced soon.

NDMO confirmed it purchased the canned meat from a Chinese shop in Port Vila.

It conveyed that authorities are working closely to collect back those contaminated tinned fish to the Provincial Education Operation Center (PEOC) and will ensure those affected will be given medical treatment.

Authorities must not allow this to happen again in the future, said NDMO.