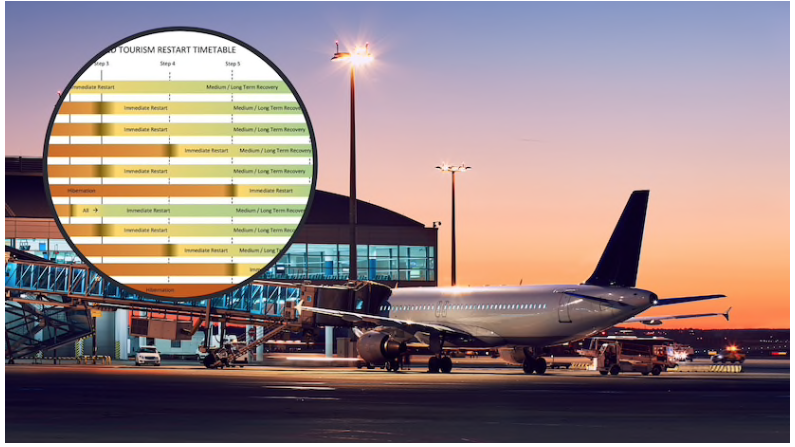 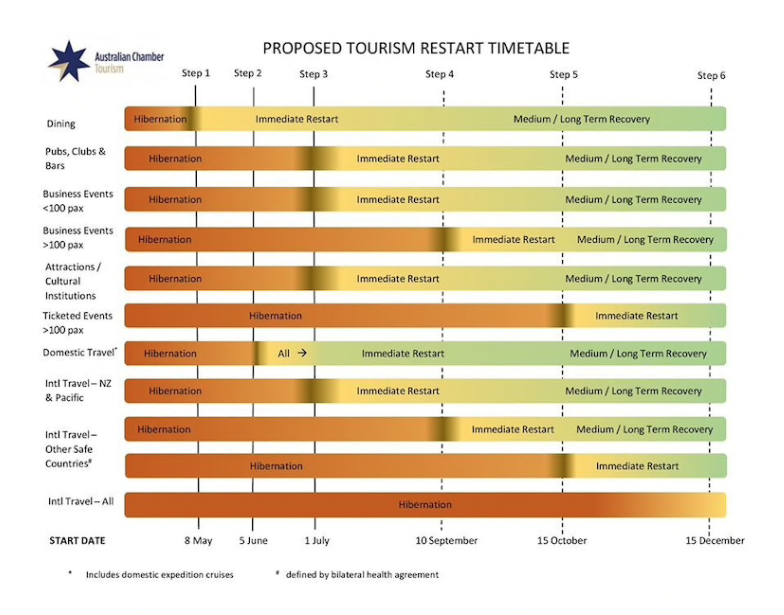 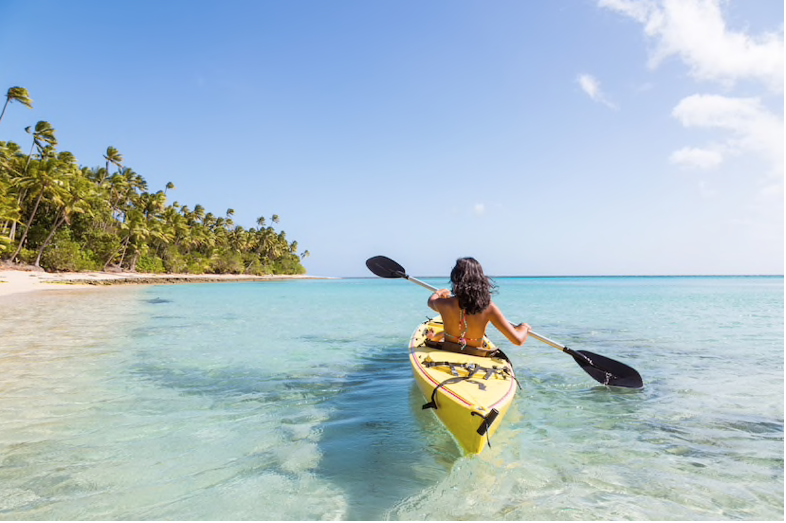 Fiji could be one of the nations included in the July 1 Pacific travel bubble. Credit: Matteo Colombo/Getty Images

Fiji could be one of the nations included in the July 1 Pacific travel bubble. Credit: Matteo Colombo/Getty Images

Australians will be allowed to travel to NZ and the Pacific from July 1, and other countries deemed “safe” from September, according to a timetable produced by the Tourism Restart Taskforce.

The taskforce meets with the federal government once a week to discuss and agree on a plan to reopen the tourism industry.

At the last meeting on May 22, the taskforce met with Tourism Minister Simon Birmingham and approved the timetable covering domestic travel and events, and international travel.

On Wednesday, it submitted a plan to the ACT government and industry groups for a “proof of concept flight” between Canberra and Wellington departing on July 1.

“We are saying that New Zealand travel will definitely commence on July 1 and from 10 September we will consider whether other bubbles can commence,” John Hart the Chair of the Australian Chamber of Commerce and Tourism said.

The timetable is “aspirational” and the final decision will rest with the NZ and Australian governments but several key departments are now reportedly working towards these dates.

According to the timetable, Pacific nations will be included in the proposed NZ bubble.

Passengers will not need to go into mandatory 14-day quarantine and will be cleared to go home.

“We have done a lot of discussion with the NZ side and they are saying we are good to go,” Hart said.

“These two cities have had a very low incidence of COVID and several days and weeks with no cases, they are sister cities, capital cities and both hubs of business.”

Canberra to Wellington is not a standard airline route, but Hart says airlines may need to redraw their route maps based on where is safe to fly.

No airline has been chosen for the first flight yet, Hart said.

The taskforce has asked the Department of Health to determine which other counties would be safe from September.

The timetable has all international travel restarting from December 15.

But Hart said that date would be dependent on health advice, with countries included after they are deemed safe by Australian health authorities.

“It will be market by market — we just don’t know where countries will be at with COVID when we get to that stage,” Hart said.

According to the minutes of the tourism taskforce a meeting on May 15, the in-flight experience will be different post-COVID.

“Managing the use of toilets on planes and reducing the food services were other practices that were part of making passengers feel safe,” the minutes read.

But any plans to remove the middle seat for social distancing were scuttled.

“Managing the hygiene risk on planes and at airports was critical to the restart and there was a discussion about the difficulties created by 1.5m social distancing as this would make flights uneconomic,” the minutes read.

Some airports had already installed temperature checking and Australians can expect those protocols to be in place at every airport before travel restarts.

The tourism timetable also includes dates for the restart of events in Australia.

Business events with fewer than 100 people could start on July 1.

Events with more than 100 people could start from September 10.

Organisers will need to ensure their events are COVID safe.

“That includes separating groups and making sure groups can move in and out of venues in a safe way and having smaller groups in venues,” Hart said.

“If you have a group of 300 you would divide that into groups of 100 and the different groups would not interact even though they would be at the same conference.”

“You need to know who is there, when they are there and monitor their movements — you need infection control.”