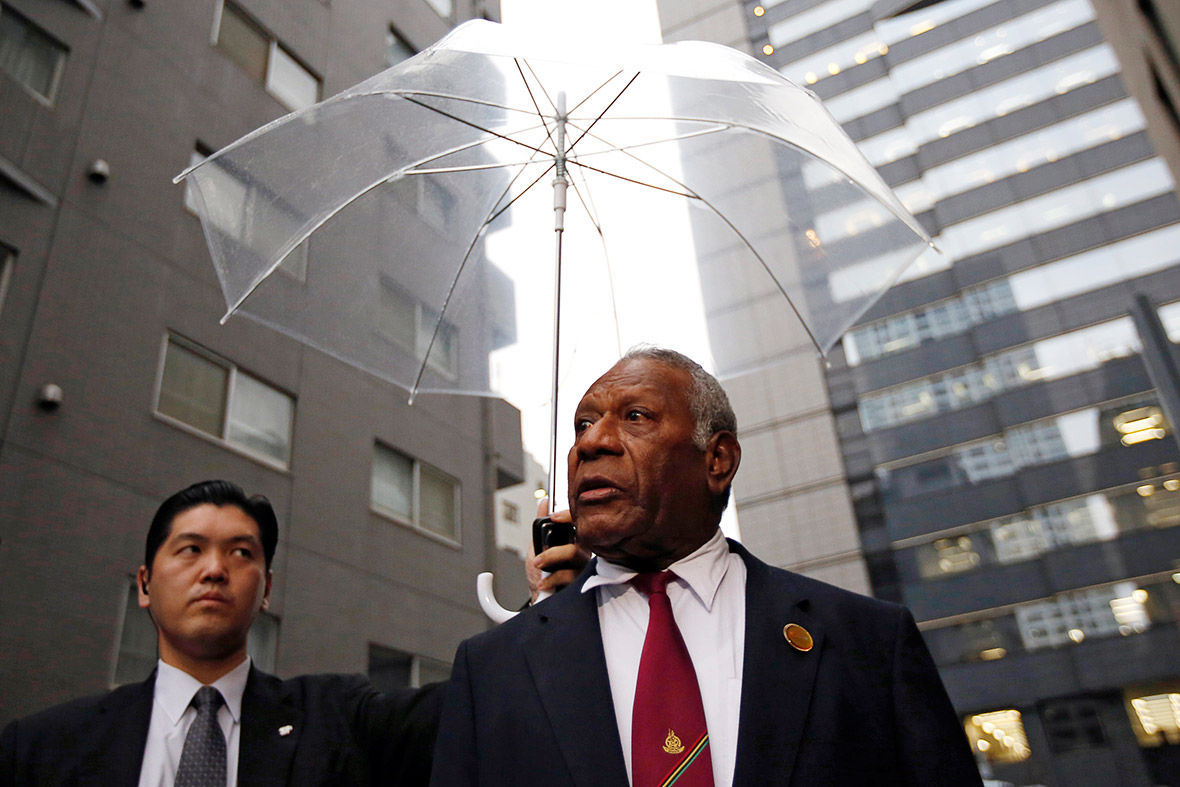 A distraught Baldwin Lonsdale speaks to media on hearing the news that category 5 cyclone Pam had ravaged the nation. 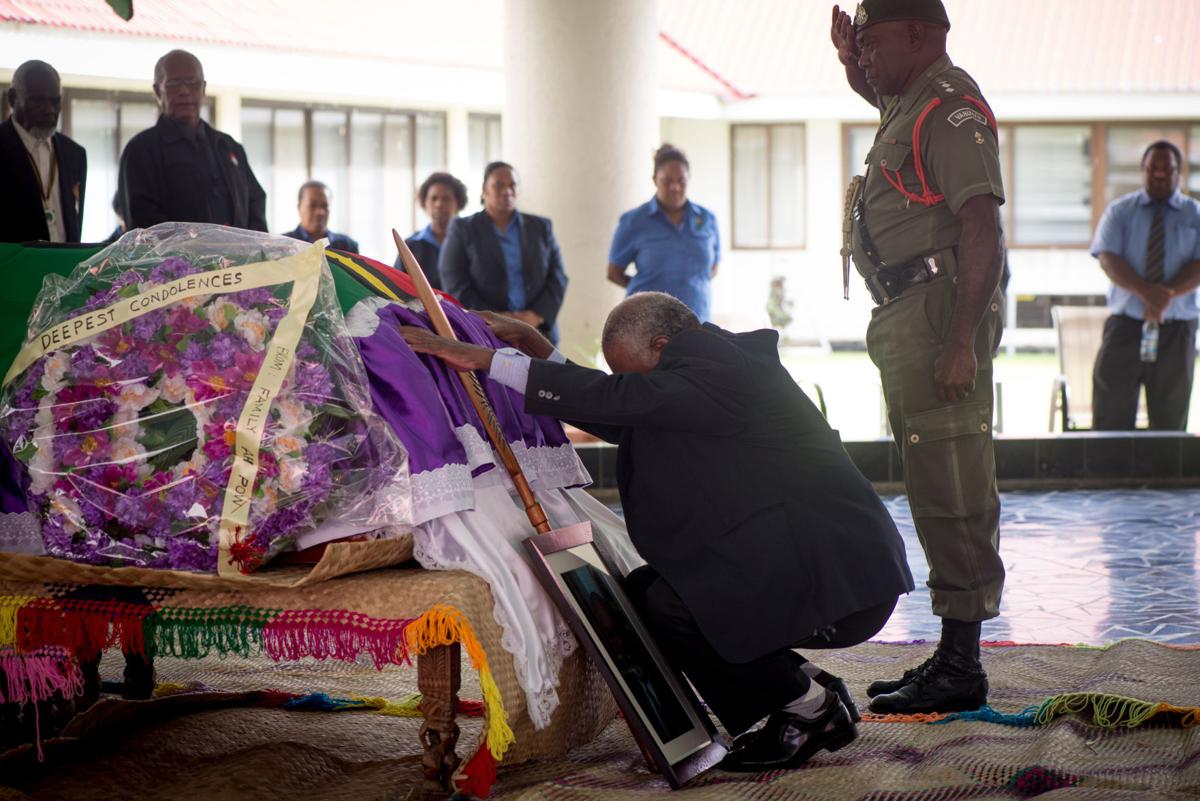 Baldwin Lonsdale abases himself before the coffin of Edward Natapei lying in state at Parliament. 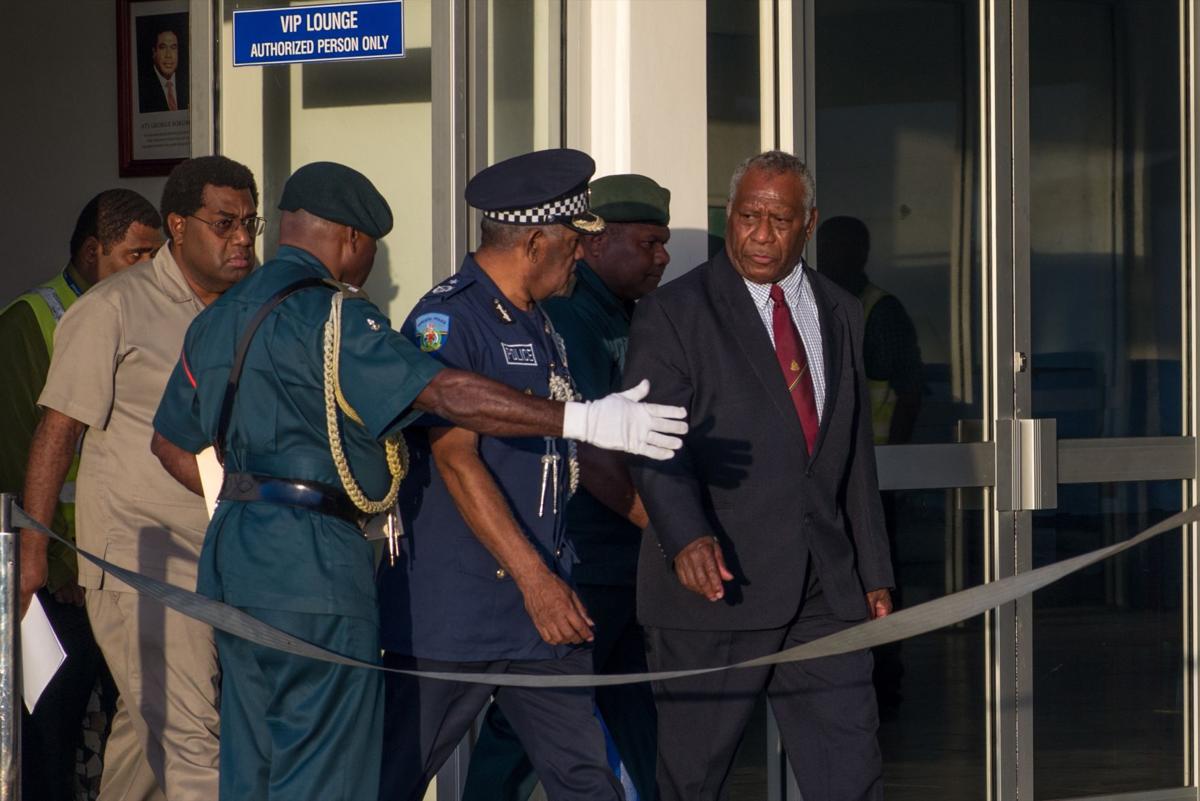 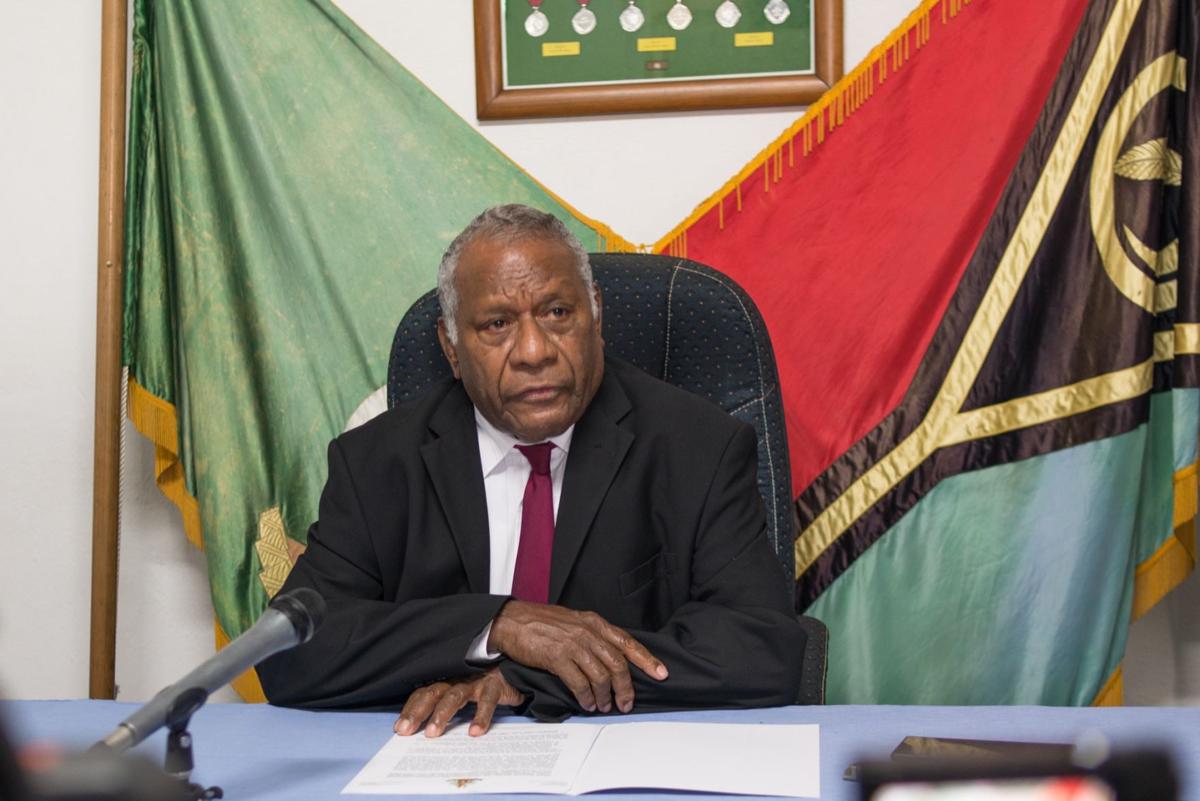 President Lonsdale just moments after announcing that he had revoked the pardons issued by Marcellino Pipite. 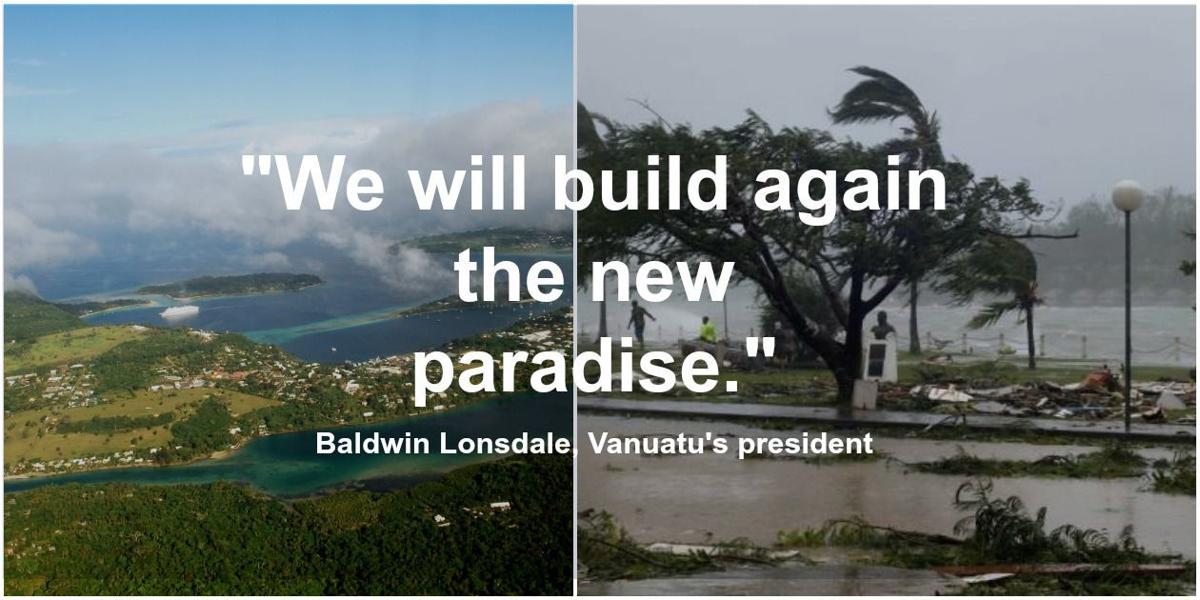 A distraught Baldwin Lonsdale speaks to media on hearing the news that category 5 cyclone Pam had ravaged the nation.

Baldwin Lonsdale abases himself before the coffin of Edward Natapei lying in state at Parliament.

President Lonsdale just moments after announcing that he had revoked the pardons issued by Marcellino Pipite.

In March 2015, the first ni-Vanuatu face most of the world saw belonged to President Baldwin Lonsdale.

In the hours after cyclone Pam ravaged half the nation, Mr Lonsdale, ironically attending a disaster response conference at the time, issued an emotional appeal for his country.

Nearly in tears, he said, “This is a very devastating cyclone in Vanuatu. I term it as a monster, a monster.”

Those words resounded around the globe. My media colleagues and I fielded hundreds of interviews in the following days, and I cannot count the number of times I heard those words repeated back to me.

There was little any of us could add.

“The head of the Republic shall be known as the President and shall symbolise the unity of the nation.”

This is how the Constitution of Vanuatu describes the office. While the country has seen a succession of thoughtful, charismatic, wise and respected leaders, few if any have been called upon as Mr Lonsdale was.

More than once, Baldwin Womtelo Lonsdale quite literally personified the unity of the nation.

Long before the bribery trial and the pardons scandal, one indelible moment was already etched in the national conscience. On the passing of Edward Natepei, former Prime Minister and long-time nationalist leader, the body of this venerable political figure was laid in state in rotunda of the Parliament of Vanuatu.

Everyone who was anyone came to pay their respects. On the fringes of the ceremony, muffled jostling was happening as a pecking order was established among the dignitaries coming forward to pay their respects. Prime Minister Sato Kilman was first after the family members. He stood in silence, head bowed, a respectful 3 metres away from the coffin.

Then the President arrived. Ignoring protocol and reserve, he walked straight up to the flag-draped coffin and physically abased himself to it.

“Respect,” said Father Walter Lini, “is honourable.” What Baldwin Lonsdale did that day was a remarkable display of statesmanship. The effect was palpable to those nearby. Pomp and ceremony were replaced in an instant by a vivid, pointed realisation of the human loss we all were feeling. The President had no thought for his own rank, his own dignity. In a single gesture, he gave it all to Edward Natapei.

This was an uncalculated moment. I’m sure no one—not even Baldwin Lonsdale—knew he was going to do it before he did. And that, of course, was what made it so inspiring.

Few people really knew the man. One on one, he was unassuming and gentlemanly, almost Victorian in his manner. His gravely courteous reserve was nearly impenetrable. He embodied the office, but channelled that burden through his own humble being.

The country reacted with shock to Marcellino Pipite’s announcement that he was using his powers as Acting Head of State to pardon himself and his fellow MPs after their conviction for bribery and corruption. Much of that shock came about because of the unimpeachable honour with which Mr Lonsdale had upheld the office. To take advantage of his absence on an overseas trip was inconceivable to nearly everyone.

The first meeting between the Speaker and the President occurred behind closed doors in the VIP lounge at Bauerfield airport in Port Vila. Minutes later, the President emerged, followed by his entourage, the Speaker trailing behind.

Mr Lonsdale reviewed his honour guard with characteristic dignity and respect. But the expression on his face was akin to an approaching thunderstorm. He appeared genuinely distressed—physically pained, in fact—when Marcellino Pipite extended his hand. But he was the bigger man. He shook it nonetheless.

The next day, in a nationally broadcast address, the President said sorry. He expressed shame and remorse that his office should be so abused. The President, he reminded the nation, symbolised the unity of the nation.

“For this reason i can no longer remain silent, while the important institutions of the country continue to deteriorate and operate outside the Constitution.

“In my Constitutional address to the nation on October 5, 2015, I stated that ‘no one is above the law’.

“As Head of State, it is my duty to remind every citizen that the Constitution is the Supreme Law, and everything that we do in this country must be guided by it,” the President said.

Up until that point, many people in Vanuatu honestly didn’t know which way this crisis was going to go. Disregard for the rule of law was becoming more and shameless and brazen. At the end of the press conference announcing the pardons, one of the politicians present joked that this was ‘les blancs et les bleus’, a reference to a swashbuckling French Revolution story penned by the author of Les Miserables.

He quickly followed with the admonition, “Don’t quote me.” Even he realised just how shocking this kind of rhetoric must sound.

In those frenzied hours following the pardon announcement, it was not clear just how far these people were willing to go. But after the President’s address, we all knew exactly where the line was.

Baldwin Lonsdale united the nation. In doing so, he saved it from potentially serious unrest. That moment, when out of all the choices available to him, he apologised for this travesty... that was a defining moment for the country.

By shouldering the burden of office, even when others had abused it so, he reasserted the integrity of a role that the Constitutions says embodies ‘the unity of the nation’.

And now, we’re all united in mourning. His gift to the nation was immense, and will not be forgotten.

It’s hard to imagine how we will ever find a man like him again. The staff and management of the Daily Post, together with the entire nation, are feeling this loss with a sorrow that will not soon abate.