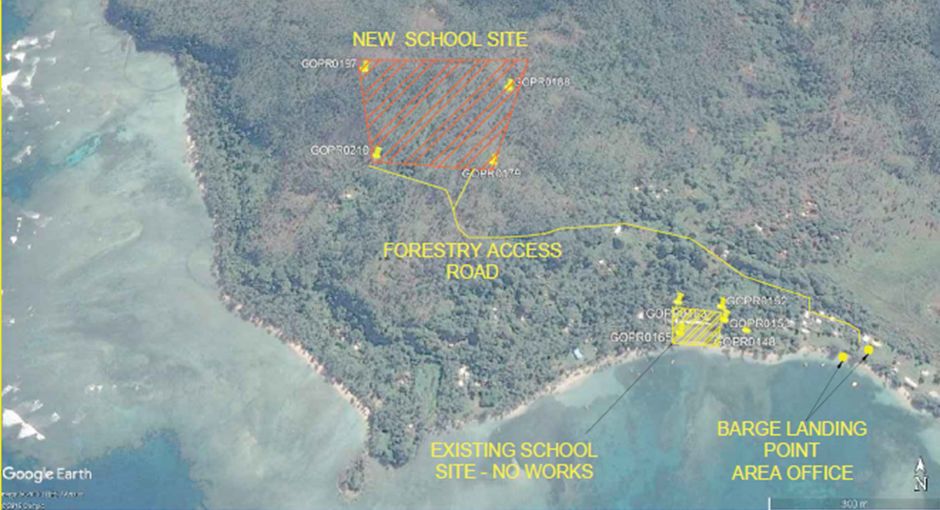 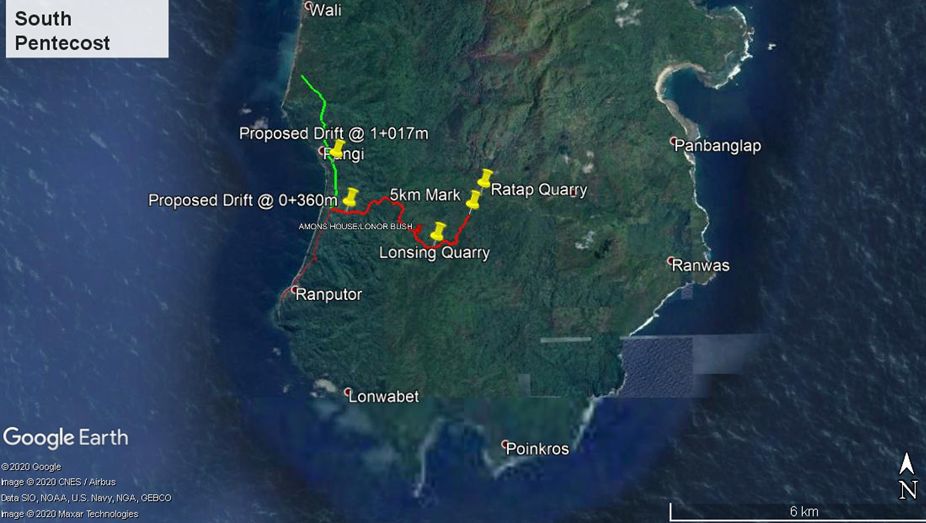 On January 12, 2020 (Wednesday), the Caretaker Minister of Infrastructure and Public Utilities, Christopher Emelee, signed two contracts with the owner of Pierre Brunet Entreprise Generalle, Christine Brunet, for the Construction of the Teruja High School on Aneityum and the Construction of the South Pentecost Road Improvements.

Both contracts were competitively tendered under the World Bank procurement rules for the Vanuatu Infrastructure Reconstruction and Improvement Project (VIRIP).

The contracts were competed for by local contractors with Pierre Brunet Entreprise Generale being fortunate to win both contracts.

The Teruja High School will be relocated from its current location to higher ground to a much safer area, away from cyclonic storm surges and tsunamis.

The new school has been planned and designed to modern structural standards by Ministry of Education and Training, taking into consideration the possible effects of natural disasters. The school has been designed for disaster resilience so it can also serve as part of an Evacuation Centre, if required, after a disaster.

The works will include:

For the time being, the old Teruja School has been evacuated. The old Teruja School, located at the coast in the village of Anelcauhat, is a boarding secondary school established in 2002. Most of buildings on old site are semi-permanent/non engineered structures utilizing the locally sourced with little bracing or strapping. Ministry of Education and Training had a long-term plan to relocate the school, which will now be realised through the World Bank-funded VIRIP project.

Last year a team comprising Public Works Department, Kramer Ausenco, Department of Environment, Department of Forestry and the Department of Water, Geology and Mines conducted a site visit to assess possible sites of the new school and review the critical concerns raised around risk of erosion. It was clear Aneityum suffers badly from soil erosion and the new school will include permanent erosion controls installed by the contractor. This will include rows of vetiver grass to be planted at the base of the embankment surrounding the school. Vetiver grass has been recommended by the Department of Forestry as an effective solution to erosion control and the grass will be sourced locally for this project.

The contract was awarded to Pierre Brunet Entreprise Generale for an amount of VT274,000,000. Works are planned to start shortly with the contract period of 15 months.

Meanwhile, the Southern road in Pentecost consists of the 6km section of Wali to Salap and the 6km section of the Salap to Ranwas, are key economic routes and have strong cultural importance. The route is also the only connection of Southwest Pentecost and Southeast Pentecost and has had consistent access problem for a many years. PWD has attempted to increase maintenance to try to improve and repair eroded and damaged sections.

The Wali to Salap improvements, will include coral re-gravelling, culverts and drains. The Salap to Ranwas road starts on the coast, then rises up to the crest above heading towards Ranwas on the Eastern side of the island. These steeper sections of road will be improved by Fibre Reinforced Concrete (or concrete road) to make it durable and all-weather. Design of the concrete road is based on previous designs used throughout Vanuatu by Public Works Department. The small fibres in the concrete replace steel reinforcement, so the construction is easier, cheaper and quicker. Along this section there will be stone pitched lined drains to remove the water away from the road.

The Contract has now been signed with Pierre Brunet Entreprise Generale for an amount of just over VT227 million which will improve the access and disaster and climate resilience of the road from Walap to Bay omo to Ranwas, affecting a total population of 5000 people. At the end of the 12-month construction period people in these areas will have access to improved all-weather roads for the first time.