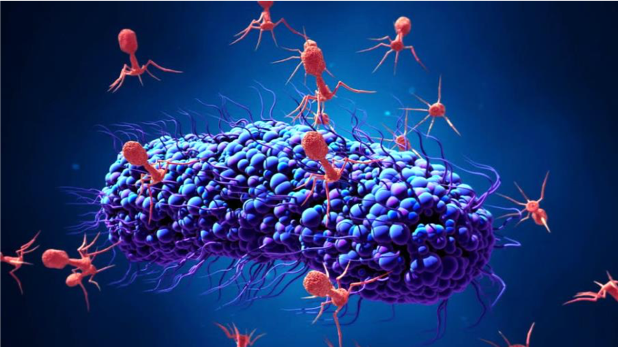 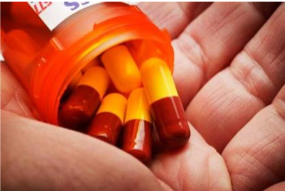 A very encouraging and by far the best and most constructive National Business Forum (NBF) has just ended. It will form a solid platform for greater collaboration between our national political leaders, the Government and the private sector in the coming months under our new normal.

COVID-19 holds center stage for now as our ‘common enemy’, as our Moderator rightly noted in her opening remarks at the NBF. Frankly, we have to start thinking more seriously about a far greater looming threat to public health – Superbugs! We have to be better prepared than we now imagine. Our health authorities need to heighten public awareness and warn our citizens about this.

Covid (like HIV) ‘may never go away, even with a vaccine’, and ‘experts in epidemiology, disaster planning and vaccine development say embracing that reality is crucial’ to the next phase of our global pandemic response, as recently reported by The Washington Post. Overall, pandemics may become part our new normal from now on.

Health, drugs and our Recklessness

I have written extensively over the past 18 months on the subject of ‘health’. Thousands may have sneered at these columns. But I think by now they’ve come to swiftly realize the sheer importance and magnitude of health as a priceless ‘Treasure’. Unfortunately, the world has conditioned us to myopically equate words like ‘treasure’ with money, assets, property and wealth. We seldom think of health as a Treasure. Getting people to value and appreciate health more than money is a pretty tough call. But think of the billionaires and millionaires whose lives were sacrificed on the altar of COVID-19 this year. Did their billions save them? No! Of what value will their money be in the grave? Nothing! Will they take their wealth to the next life? No! Hey, we may not be rich and wealthy like them, but our lifestyles are no different to them. The moment we get sick we don’t turn to natural remedies (such as nutrition, exercise, water, sunshine, temperance, fresh air, rest and trust in divine power) but to the world of drugs! Yes, drugs. This naturally leads us to the question, what are superbugs? Have drugs got anything to do with these bugs? You’ll be shocked!

The term superbug was originally coined ‘by the media to describe bacteria that cannot be killed using multiple antibiotics’, though doctors normally prefer to use a phrase like ‘multidrug-resistant bacteria’ as superbugs are not necessarily resistant to all antibiotics. More specifically, ‘superbugs are germs that have become resistant to the drugs that should destroy them. These drug resistant bacteria and fungi are difficult to control and treat.’

We are swiftly heading in the direction to a point of no return when by the time we realize the consequences of our over-dependence on medical drugs, it will forever be too late. Let’s face it; because of the rat-race-type of lifestyles we now live, it is far easier to gulp down drugs than practice preventative health. Who has time for slow natural remedies anyway? Forget temperance. A lot of people don’t practice health to begin with, and the shortcut cure for their sickness, drugs! By ‘drugs’ here we’re talking about the stuff you obtain from those pharmacies, hospitals and medical facilities.

Medical science is currently on a frantic marathon race to try and mass circulate vaccines that have reportedly been discovered to cure COVID-19 while the world faces second and third waves of the pandemic. The world is confused and frightened. But Covid is only the tip of the iceberg and the ‘beginning of sorrows’.

Medical News Today notes that ‘antibiotics are a vital class of drugs that help save many lives. They treat a wide variety of infections. However, the recent rise in superbugs is partly to do with the overuse of antibiotics, which contributes to antibiotic resistance.’ The Centers for Disease Control and Prevention report a total of ‘more than 35,000 deaths in the United States each year’ from antibiotic resistant infections. ‘Even some bacteria have developed resistance to sanitizers, such as the alcohol-based disinfectants that many hospitals use’. A bit of history might help put things in better perspective. ‘Around the same time Alexander Fleming discovered penicillin in 1928, he also gave us a warning: Antibiotics will not work as well as they should if they’re used too often or for the wrong illnesses. He was talking about antibiotic resistance. Since their discovery, antibiotics have saved millions of lives, but bacteria are fighting back more and more’, and seem to be a greater threat to human lives even more than climate change.

According to medical scientists, ‘antibiotic resistance has spread around the world, and it's making some diseases, such as meningitis or pneumonia, more difficult to treat. You might need stronger, more expensive drugs. Or you might need to take them longer. You also might not get well as quickly, or you could develop other health issues.’ So the more unhealthier lifestyles we live, the more susceptible we are to diseases.

Dr. Paul De Barro, biosecurity research director at Australia’s national science agency, the CSIRO, recently revealed that ‘Fiji, despite a population of less than a million people, has one of the highest rates of bacterial infections in the world. The country also has high levels of tuberculosis in animals and humans, and its hospitals perform, on average, two diabetic amputations every day, all of which drives the use of antibiotics.’ He further warned, if we are not careful ‘we would go back into the dark ages of health’. How about us in Covid-free Vanuatu where NCDs are also rampant?

Our public health officials need to address some of these questions sooner than later: how can we fight antibiotic resistance? Can you treat an antibiotic-resistant infection? What are some of the most dangerous superbugs out there? Some say ignorance is bliss. You can say that. But it is this very ignorance thing that landed us in big trouble with COVID-19!

Howard Aru is current CEO of the Vanuatu Foreign Investment Promotion Agency (VFIPA) and former Director General of the Ministry of Agriculture, Livestock, Forestry, Fisheries and Biosecurity, and the Ministry of Health.