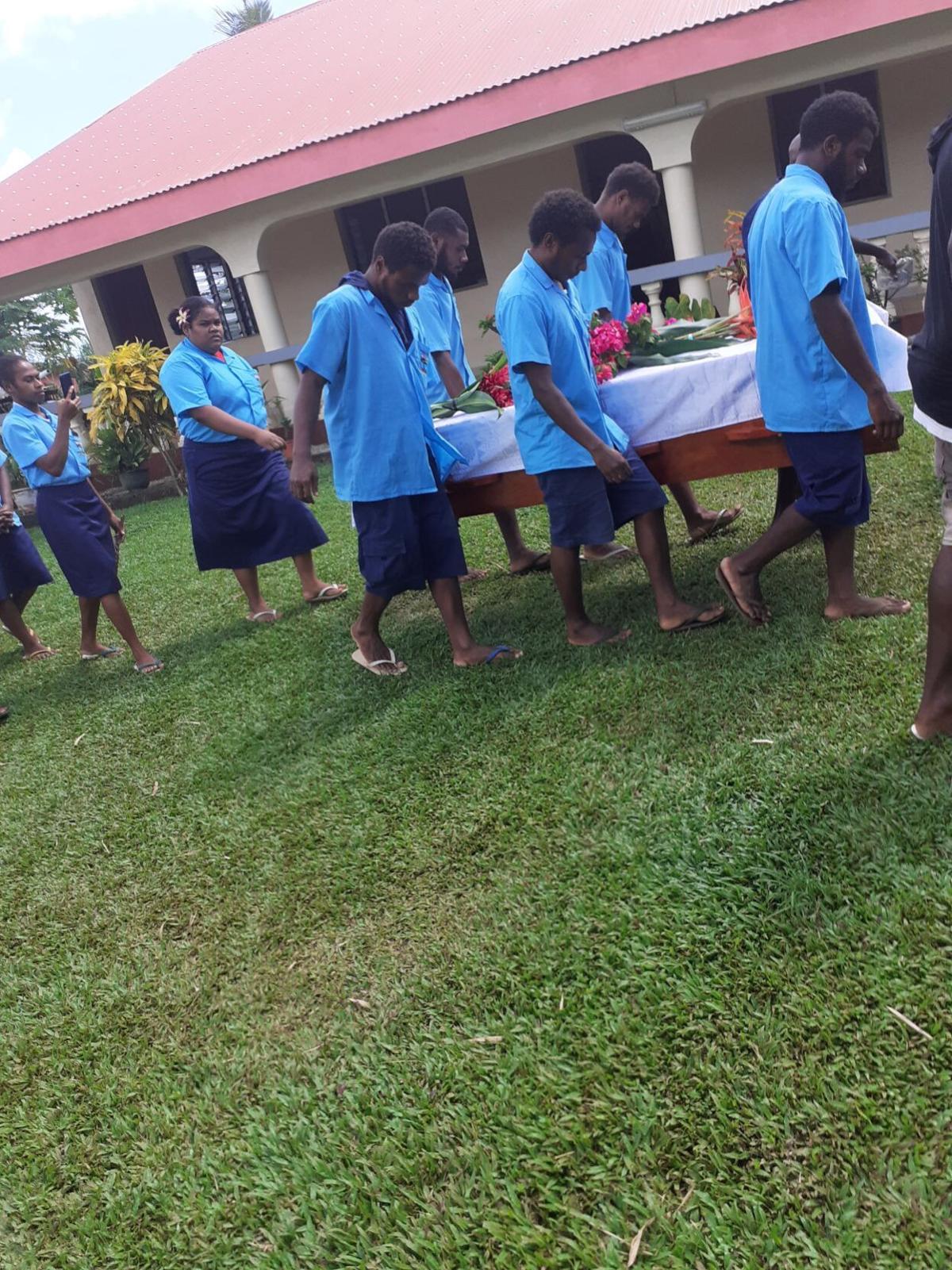 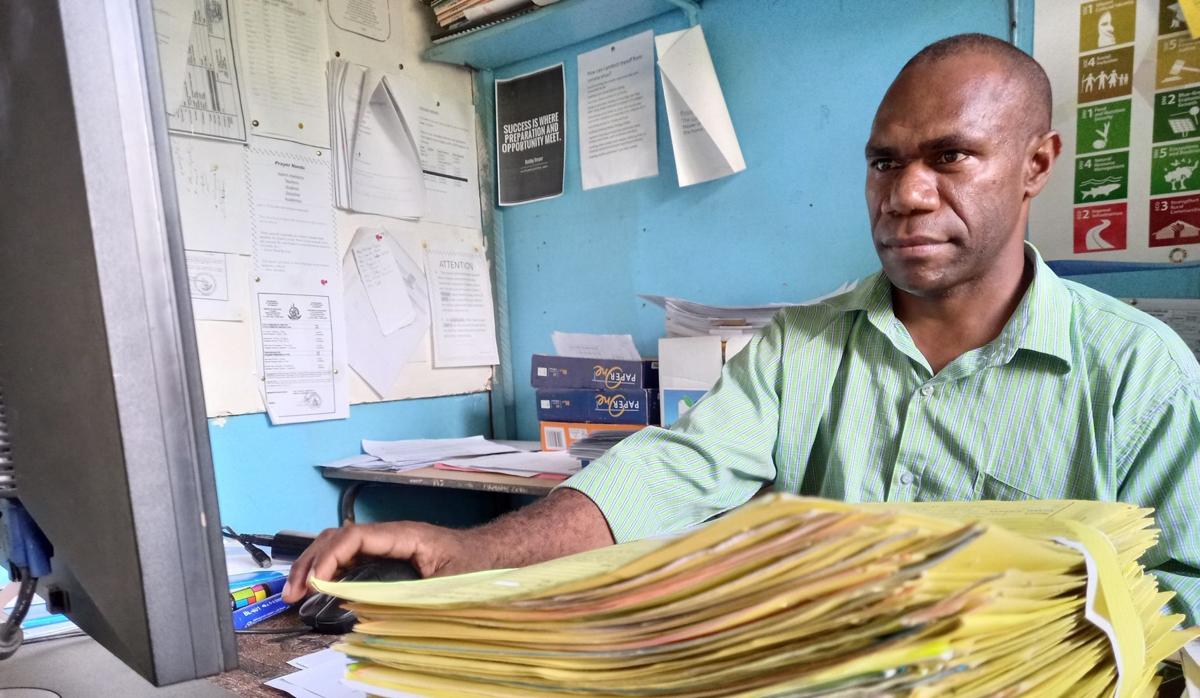 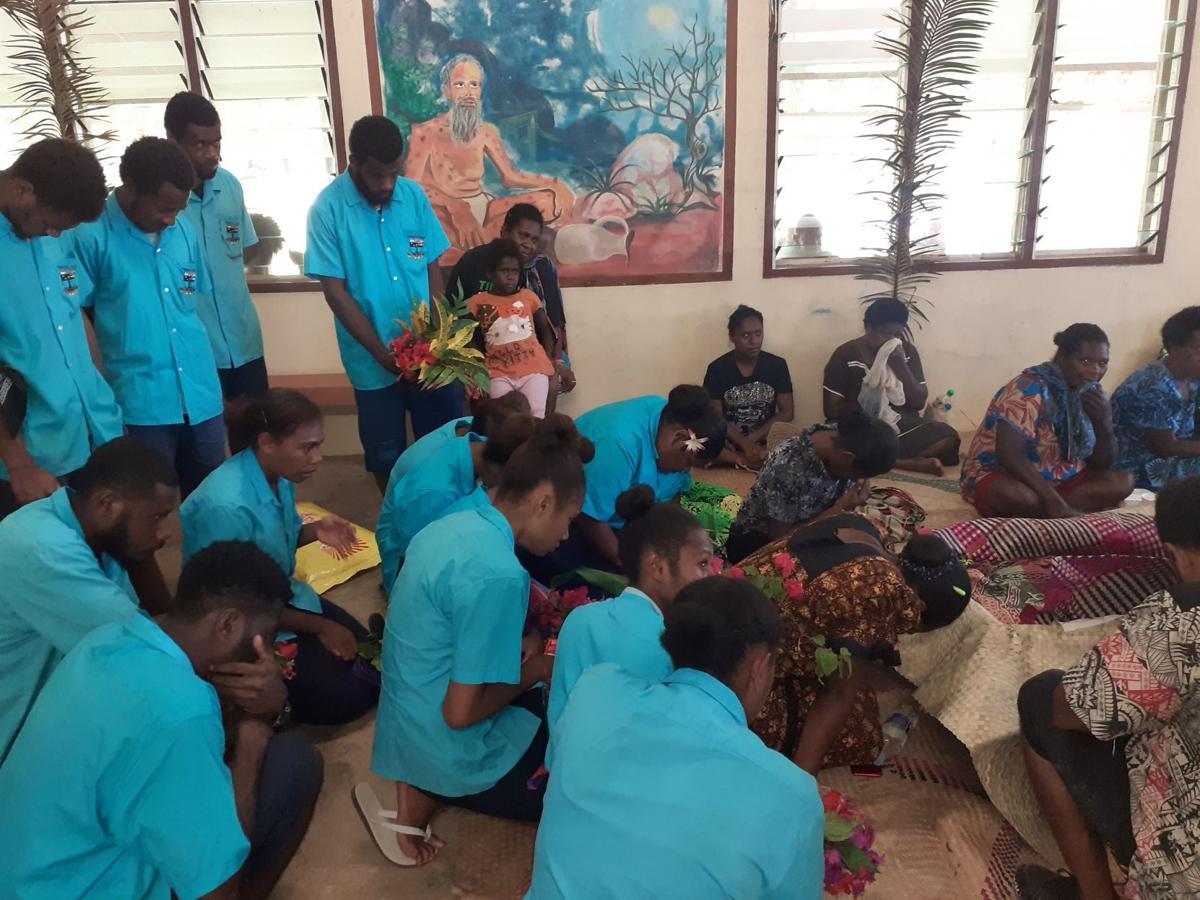 Colleagues mourning at the Presbyterian church

Colleagues mourning at the Presbyterian church

After the Easter weekend, Tebakor College received news that one of their students would not be returning — Year 13 student Gideon Yavit had passed away Monday evening.

Deputy Principal of Tebakor College, Kalo Pakoa said the College is stricken with his passing and he would always be remembered as a “persistent and hardworking” student.

According to the Deputy Principal enrolled into Tebakor College last year and had big dreams ahead of him.

“He was very persistent, hardworking and wanted to be a doctor someday, we did not believe it at first but we have to accept this great loss,” he said.

Attempts to contact the parents of the teenager who was going to turn 21 this year were unsuccessful but the newspaper managed to speak with an uncle who provided a bit more information on the events leading to his death.

His uncle Obed Maelalong said Gideon had a heart condition and was limited in participating in certain activities, although during the Easter weekend, “the Youth for Presbyterian church they went out for Easter camp, before he left the parents wanted him to stay but he wanted to go.”

Uncle Maelalong said when the camp ended on Monday, Gideon returned home feeling cold and eventually passed in the evening.

His funeral was a day after and this shocking incident has taken his family by surprise – “I’m really surprised, no one expected this, it was so sudden.”

Gideon’s final assignment that he submitted was a descriptive essay last Thursday, depicting the saddest moment in his life.