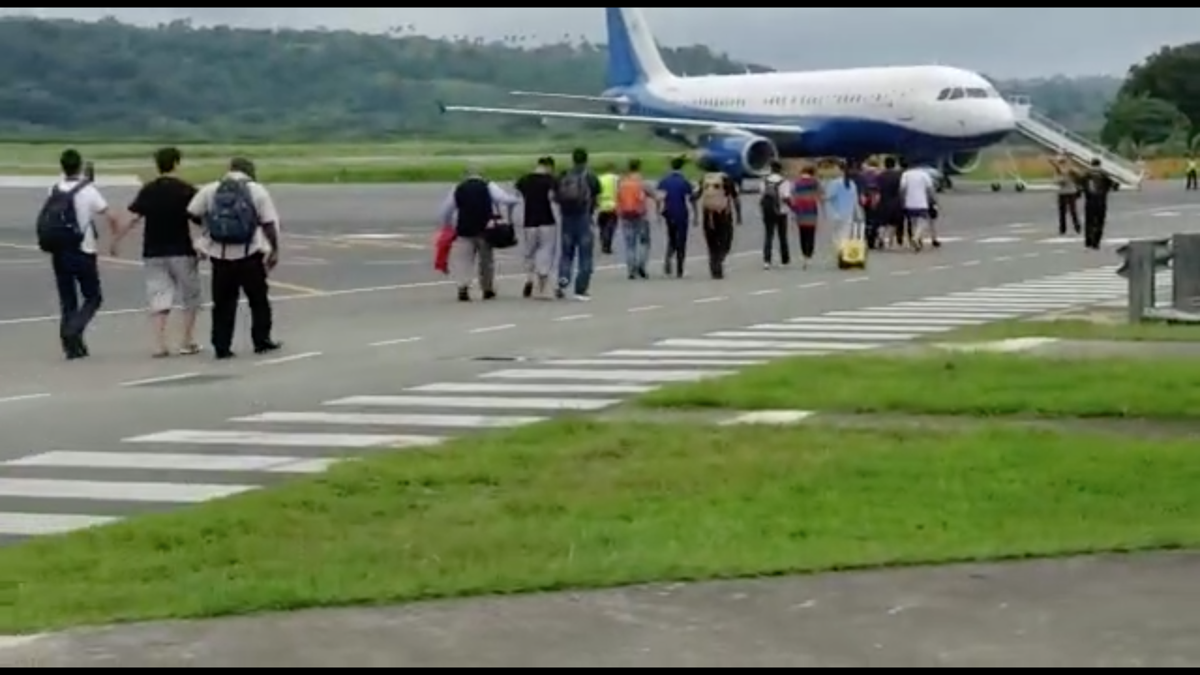 Each of the six deportees was escorted by Chinese law enforcement holding one arm and Vanuatu Police holding the other. All involved were in plain clothes. 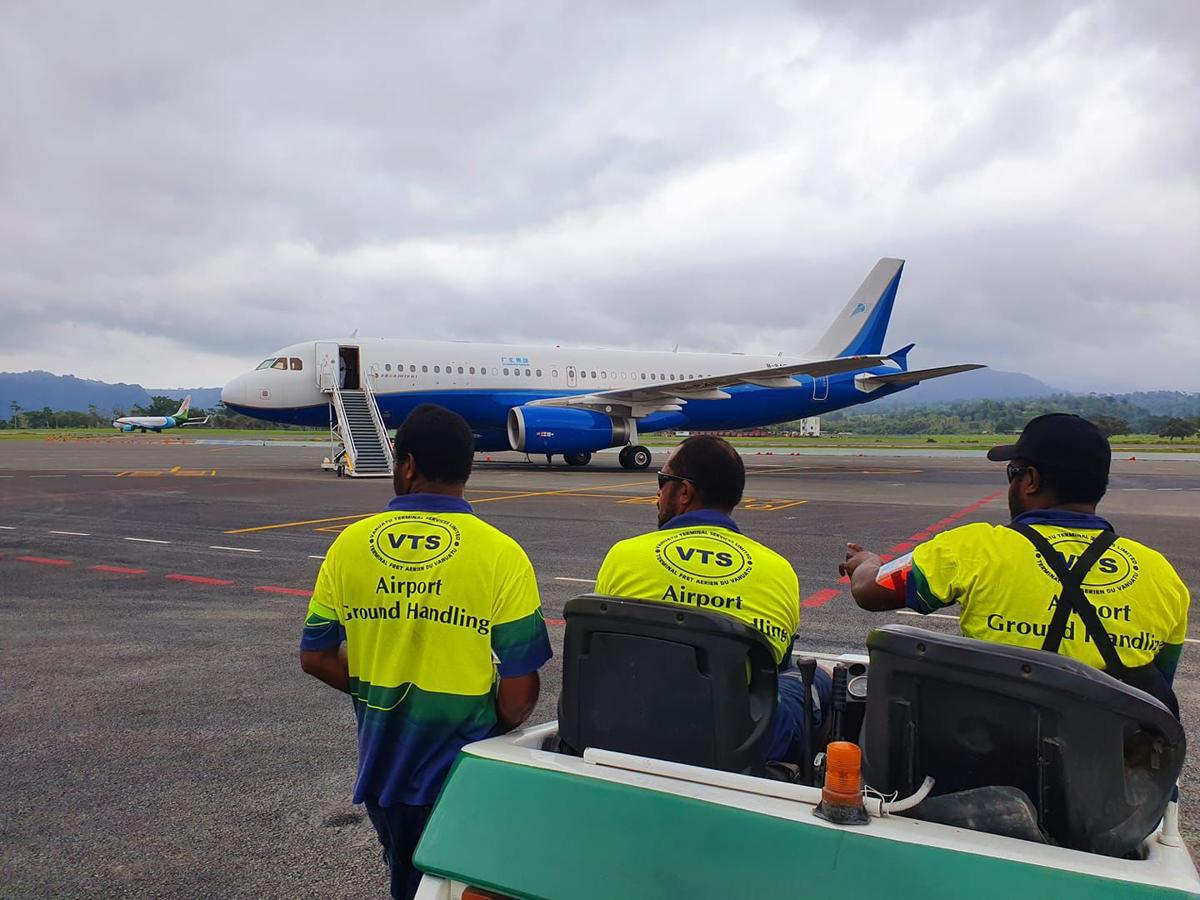 This was the aircraft used to deport six Chinese nationals. Source: AVL via Facebook

Each of the six deportees was escorted by Chinese law enforcement holding one arm and Vanuatu Police holding the other. All involved were in plain clothes.

This was the aircraft used to deport six Chinese nationals. Source: AVL via Facebook

Under a veil of secrecy, China has convinced Vanuatu to enforce Chinese law within its own borders.

Six Chinese nationals were arrested, detained without charge on the premises of a Chinese company with numerous large government contracts. Without access to the Vanuatu courts, they were escorted out of Vanuatu with Chinese police holding one arm and Vanuatu Police holding the other.

Neither Chinese nor Vanuatu police were in uniform.

Five men and one woman were marched onto the tarmac at Port Vila’s Bauerfield airport yesterday and bundled into a privately owned Airbus 320 aircraft.

The jet, owned by Deerjet Ltd, landed in Port Vila at 4:30pm Wednesday, and departed yesterday at 2:30pm with the six detainees on board, accompanied by 11 Chinese law enforcement officials.

The Daily Post repeatedly sought clarification from Vanuatu government and Chinese government sources concerning who these law enforcement personnel were, what agency or organisation they belong to, and what their role and activities were in Vanuatu. No details have been provided.

Internal Affairs Minister Andrew Napuat told the Daily Post that because the six detainees were not charged with any crime in Vanuatu, they would not be fronting up to a Vanuatu court. But any person within Vanuatu’s jurisdiction has the right to confront their accuser as a matter of natural justice.

The Daily Post has tried to ascertain whether the six were given access to legal counsel, but again, no information has been provided.

At this time, it appears Chinese authorities have succeeded in placing Chinese law and legal standards above those of Vanuatu. This is sure to be a worrying development for political or religious dissidents, or indeed anyone who raises the ire of authorities in Beijing.

Concerns are rising that conditions in Hong Kong, which has seen tumultuous demonstrations in recent weeks, may cause many residents to seek safe harbour elsewhere. This episode will likely give anyone seeking refuge in Vanuatu—or any of China’s development partners—to think twice about their safety.

It remains to be seen what the impact will be on Vanuatu’s soaring revenues from the sale of passports.

The Daily Post reported yesterday that four of the six detainees had successfully applied for citizenship under the Development Support Programme (DSP). This programme, which licenses dozens of agents of variable capability, has been called into question by people familiar with the selection process.

Some of the registered agents are members of the legal community, and their activities have been called into question in the past. It is believed that one of the applicants was under suspension by the Law Council when their application was approved.

PRG ImmiMart operates the Vanuatu Contribution Programme, which is separate from the DSP. It processes the overwhelming majority of applications. One source told the Daily Post it had processed 120 applications in the month of May alone.

PRG did not process these four applications. The company reportedly declined to process the application of another Chinese national, Liana Chen, who is also wanted by authorities for crimes committed in China. Ms Chen is said to be in hiding in Vanuatu.

Some observers have suggested that, instead of a ‘debt trap’, Vanuatu is being suggested to a ‘revenue trap’. By allowing the government to become dependent on passport-related revenues, they argue, China can now demand favours in exchange for continued benign neglect of the programme.

“Nice revenue stream you have there,” one Pacific expert quipped, “be a shame if something happened to it.”

Many commenters on social media have reacted to these developments by demanding an immediate end to the sale of Vanuatu passports, but it’s doubtful the government could stop immediately even if it wanted to. The massive VT6.4 billion supplementary budget just passed in Parliament is funded almost entirely from passport-related revenues.

In an election year, political commentators argue, to cut off funding would be suicide.