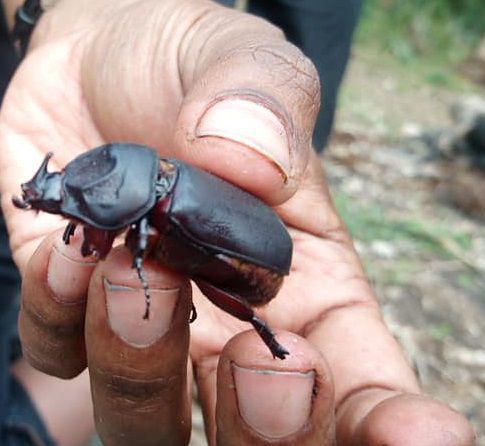 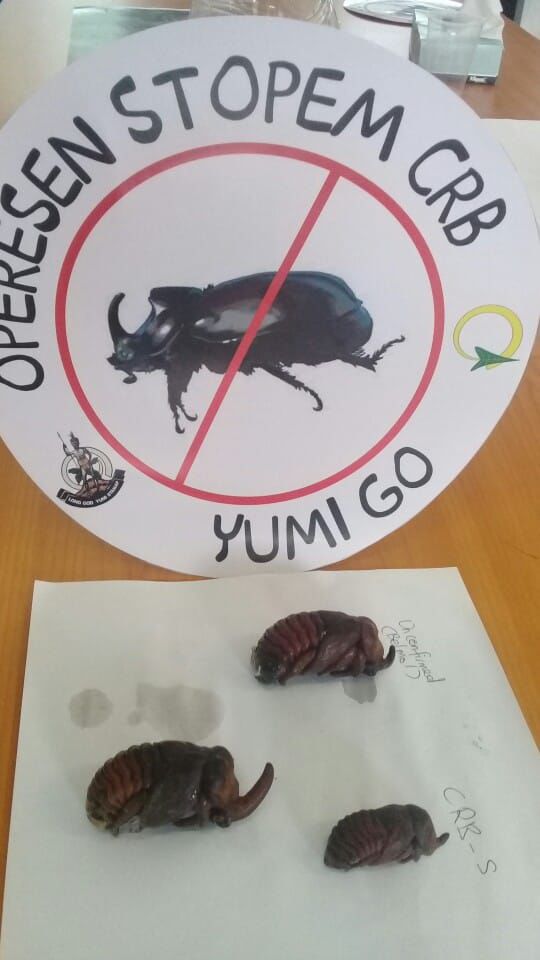 The Senior Plant Health Officer at the Department of Bio-Security (DoB), Leisongi Bule, said that the Coconut Rhinoceros Beetle (CRB) detected at north Efate has spread to other areas.

She conveyed this to the Daily Post following an emergency order that was signed by the Caretaker Minister of Agriculture, Livestock, Fisheries, Forestry and Bio-Security (MALFFB), Matai Seremiah, to declare Moso Landing, Mele Bay (Bukura) and Klem’s Hill as quarantine zones.

The Daily Post was told that symptoms of the threat are also found at Prima.

The Director of the DoB, Meriam Toalak, also confirmed the spread, saying that it was discovered by the plant health surveillance.

The emergency order was signed by Caretaker Minister Seremiah on January 28th, 2020. It was supposed to commence on October 2019.

Bule said awareness will be conducted with communities regarding the order.

The order is effective until April 2020.

The resurfacing of the dreaded beetle comes after the Government declared a State of Emergency (SoE) last year in July covering the areas at Gideon’s Landing to Arar Point in the north-eastern coast of Efate and part of the coastal area on Lelepa where the beetle was first discovered to have infested coconut plantations.

This SoE was supposed to end in August the same year, but an extension was made to reach October as efforts were made to destroy the breeding sites of the beetle.

The operation during the SoE involved check-points where the Vanuatu Mobile Force inspected vehicles to ensure that produce going to the main market in Port Vila did not come from the affected areas.

In October last year a virus was released to attack adult CRB in north Efate.

Around 30 beetles were infused with the Oryctes virus and were set free into the first breeding site with hopes it can kill the remaining beetles when it comes in contact with them.

But two months later, Mele Bay and Klem’s hill surrounding Mele village are included in the latest emergency order as quarantine zones, which are areas closer to Port Vila.

The greatest fear is that the foreign pest would destroy coconut plantations, which would have a devastating effect on the coconut industry that not only contributes to the economy of Vanuatu but also is a staple food source in Vanuatu.