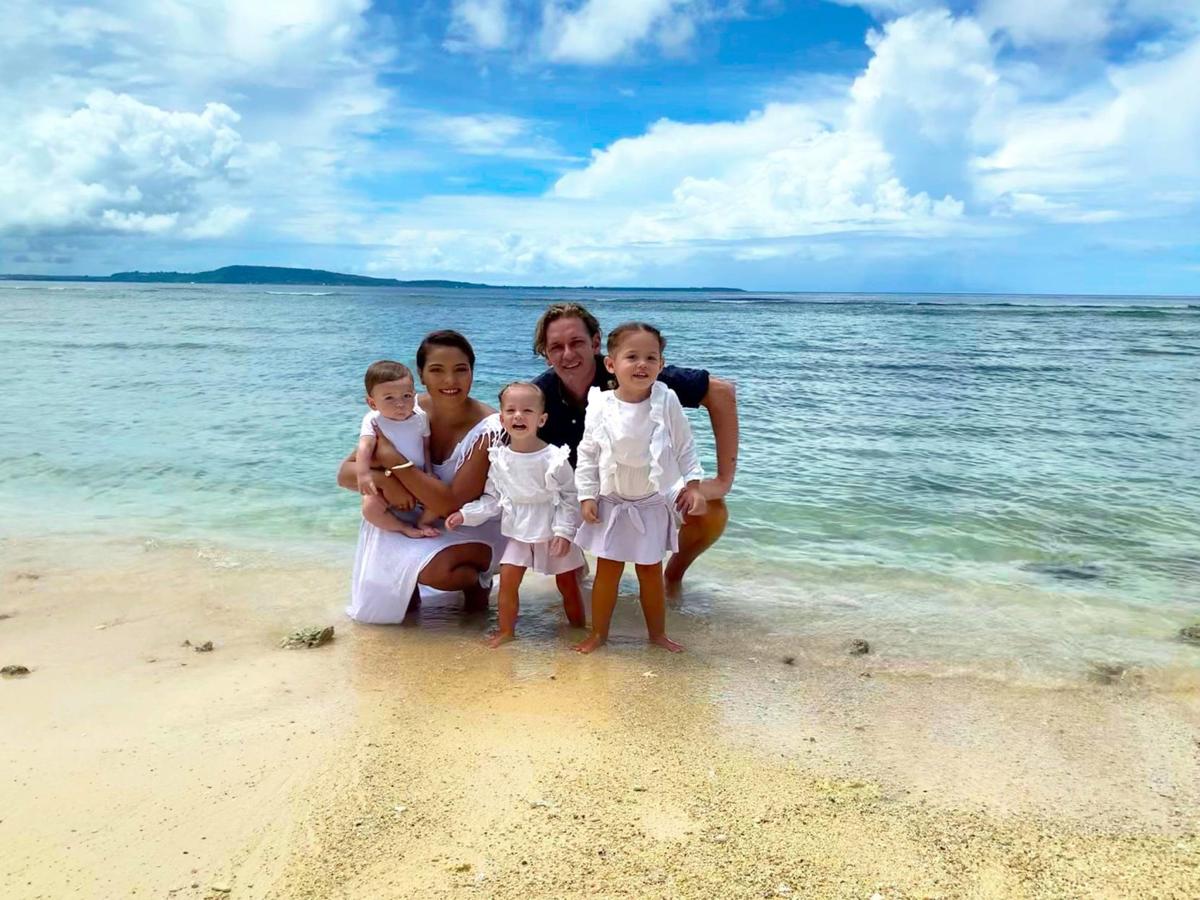 De Groot Family in Vanuatu. This photo was printed with the article. Photo: Supplied 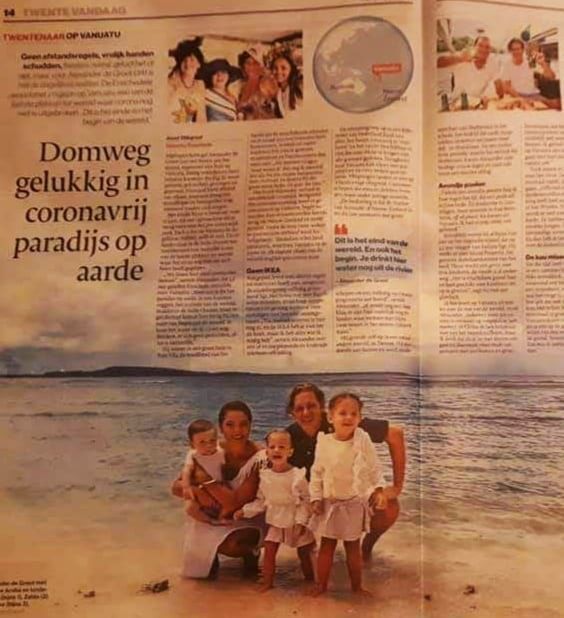 De Groot Family in Vanuatu. This photo was printed with the article. Photo: Supplied

Google Trends has shown that in the last seven days, keyword Search for Vanuatu in the Netherland Province of Overijssel peaked with a 100% interest since Alexander De Groot’s story was published in Alegmeen Dagblad and Tubantia, two of the Dutch daily newspapers.

“I was contacted by a Holland Reporter to comment on what it is like living in a country without COVID-19.

“I was happy to tell how beautiful Vanuatu is.

“Our interview was about 2 hours and it turns out it was chosen to be the main article in the newspaper,” he said.

The Real Estate Consultant said he advertently became an ambassador of Vanuatu once the story was published.

“The interview was printed in two newspapers and it took on a life of its own.

“Everybody in Holland read the story and they love it as they have never heard of Vanuatu,” he said.

According to Mr De Groot, three days after the publication of his story, the search results for Vanuatu skyrocketed and interested vacation seekers were trying to find out how to get to Vanuatu.

“The journalist messaged me three days after the interview saying that the article had gone viral in Holland. Millions of people have read and talked about it and were messaging him.

“People have also messaged me and my wife asking how to get to Vanuatu.

“It was absolutely wonderful to put Vanuatu on the map like that,” said De Groot.

De Groot highlighted that over the past week, Vanuatu was searched over 245 million times in a population of only 17 million, although most of the searches didn’t exactly get the correct spelling.

“Vanuatu was googled many, many times even wrongly spelled Vanuatu like ‘vunuata’. Despite the wrong spellings, I think it was really good for the people in Holland to know about Vanuatu.

“The journalist has also put a little map on the newspaper to show where Vanuatu is located.

“I think I alone have got hundreds of messages from people on Facebook saying things like: I am so jealous I want to go to Vanuatu, I am stuck in lockdown here in Holland.”

As a real estate consultant in Vanuatu, Mr De Groot stated he is used to promoting Vanuatu, however, this is a on a whole new level.

Alexander De Groot was born in Den Hague, west coast of Netherlands. He moved to another city, Enschede, when he was 2. He went to Saxion University and was Co-founder of an NGO called Sheltersuit. He left the Sheltersuit after a turbulent period. Then he met his wife Aruba Cham, a resident of Vanuatu. They moved to Vanuatu and now have a family of 6 to be.

Losalinda Tari from the Department of External Trade said she personally thinks that the exposure was good as it exposes Vanuatu to the world.

Vanuatu should continued to be promoted so that markets will be readily available once the borders are open, she said.