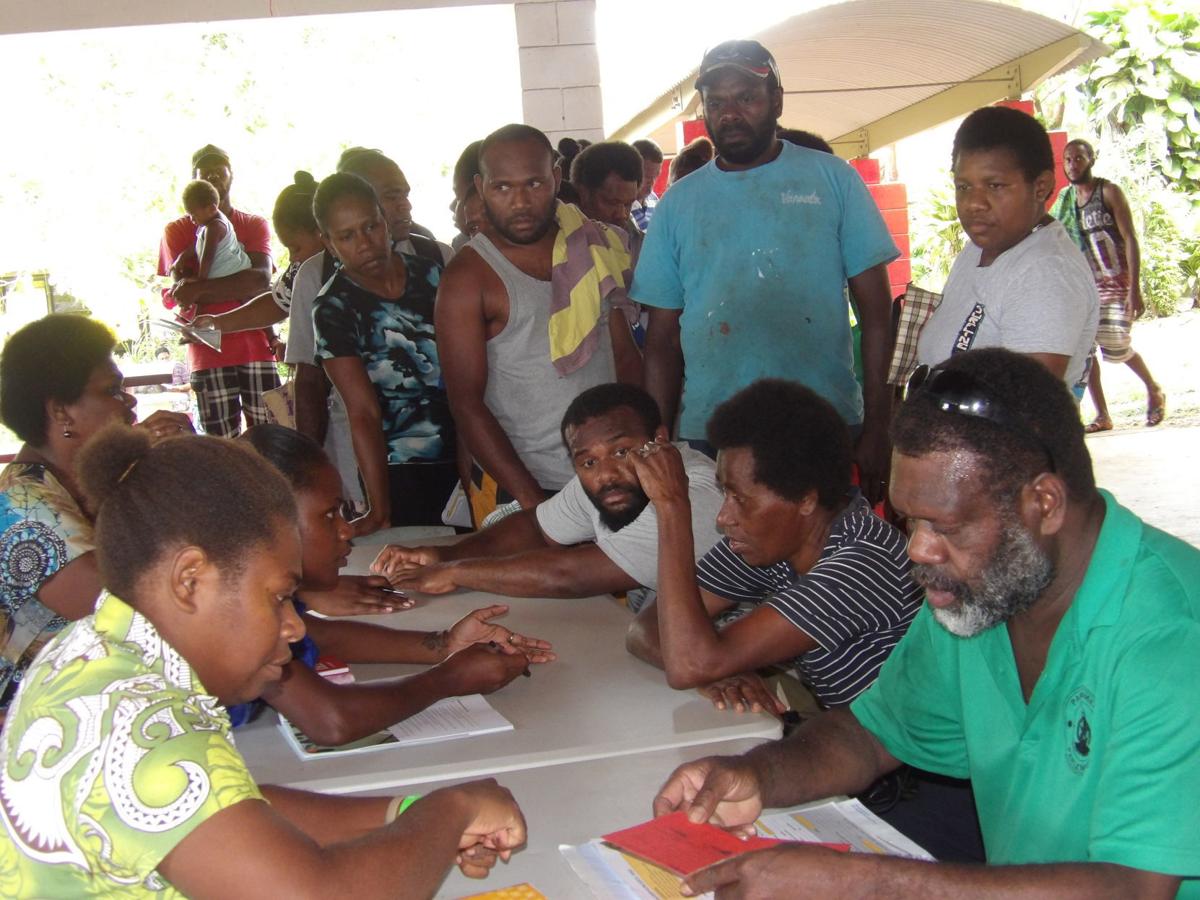 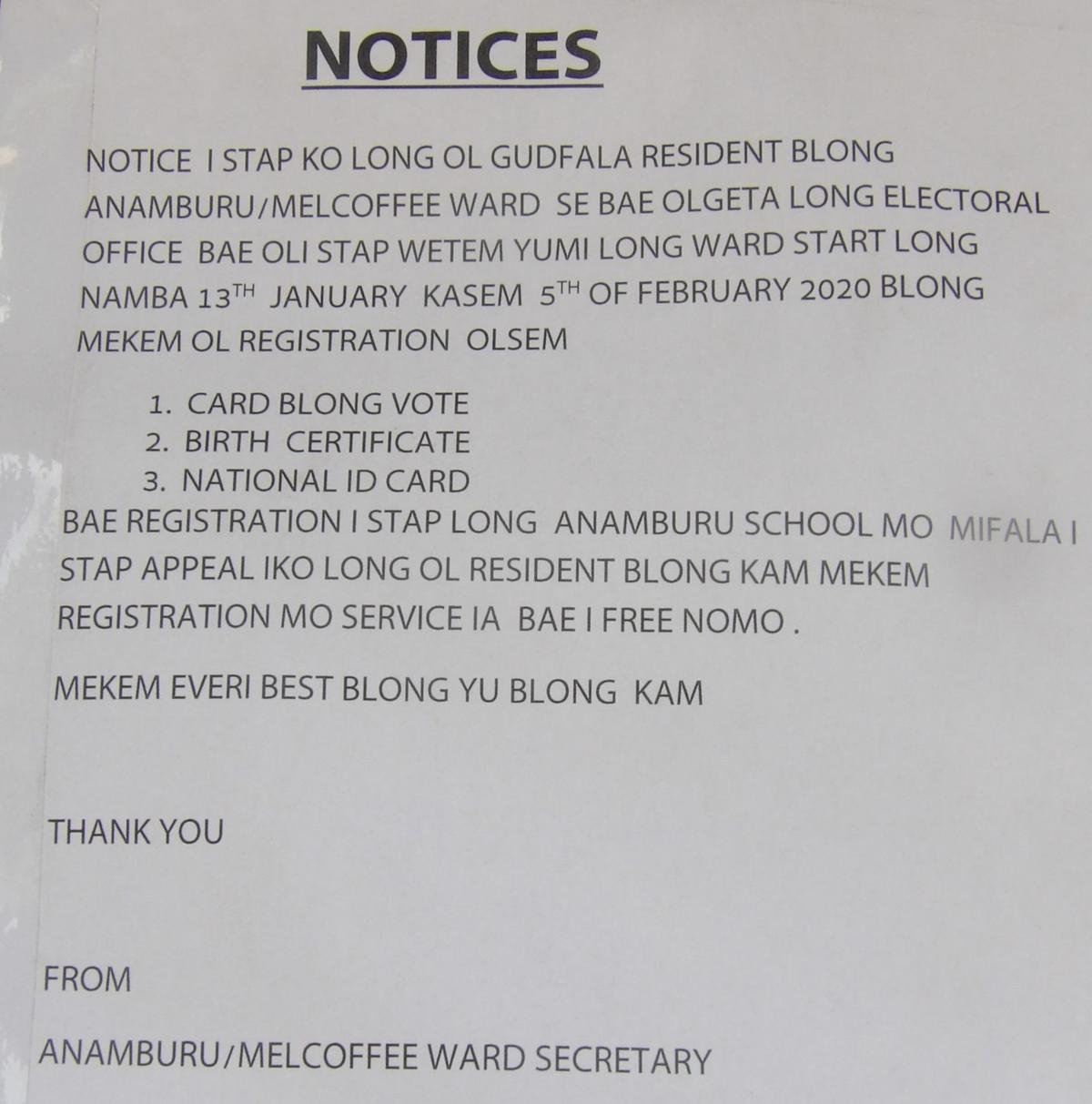 With the polling stations now open for voters to register their names and apply for their Electoral Cards, an observation of potential voter turnout at Anabrou Polling Station for the last two days, has shown a healthy turnout of young people queuing to prepare to practise their Constitutional right to vote for the first time.

Some young mothers arrived with their babies to apply for their Birth Certificates while some individuals to apply for their ID Cards, while some have taken the morning off to complete everything. “I have completed my application form but I am told the officer who has the official stamp has not arrived yet so I am still waiting. This is not fair on me since I need to return to work”, one mother complained.

If the same interest is shown in all other polling stations in Port Vila then the largest concentration of voters in the country stands the chance of witnessing a significant turnout for the 2020 General Election.

This would also be a huge change from the last Port Vila Municipal Election which showed that a large chunk of voters in Port Vila did not cast their votes.

Meanwhile, while it is human nature to whine about a poor outcome of an election, even complainants also contribute to the results when they themselves do not bother to cast their votes.

In other words, any political electoral results can only change when every eligible voter makes it a priority to cast his and her vote.

Concerns have been made in the past that if voting did not pick up then it should be made compulsory for every eligible voter to vote.