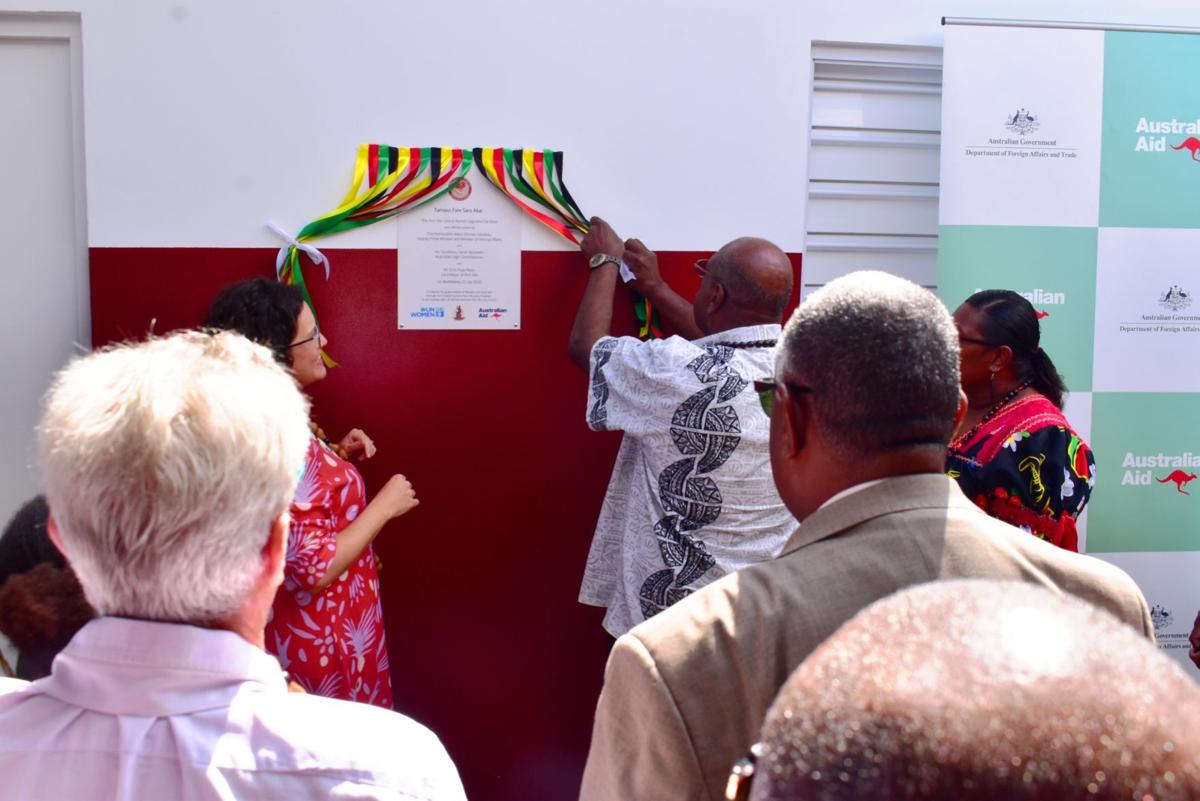 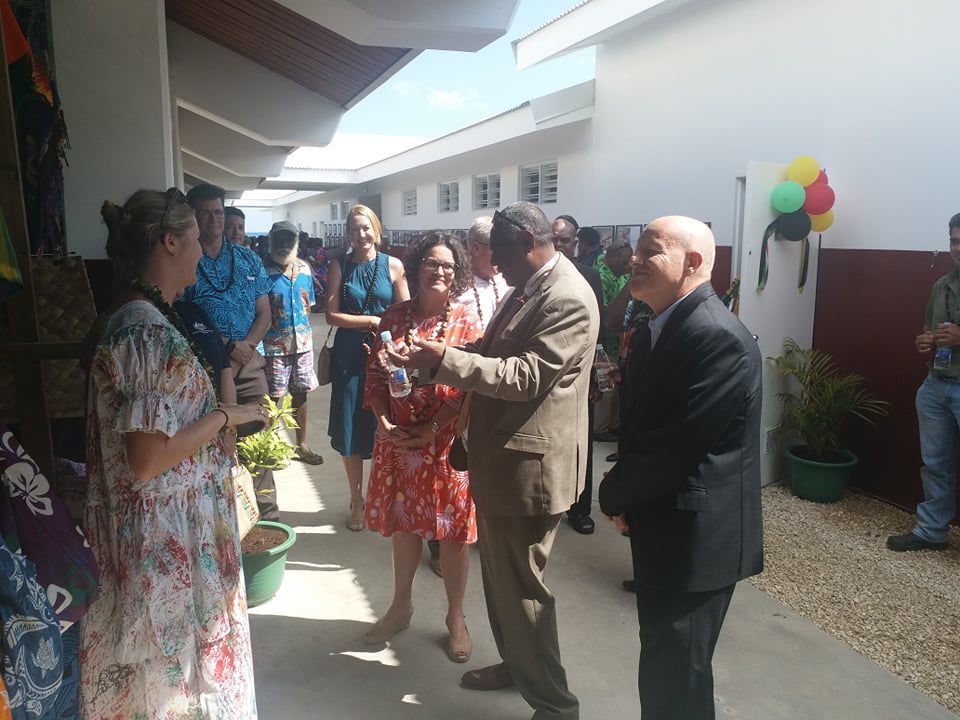 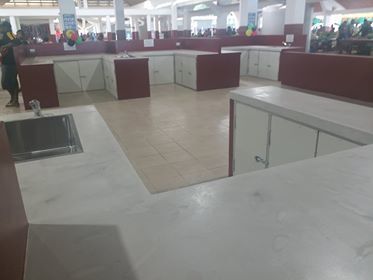 A glimpse of the upgraded facilities.

A glimpse of the upgraded facilities.

After the Port Vila Central market closed down for over three months, the newly Central Market Facilities Upgrade Project was officially opened on Wednesday 22nd July 2020.

The project worth VT170 million was jointly funded by the Australian government through the Cyclone Pam Recovery Program and UN Women Fiji Multi Country Office through its Market for Change (M4C) Project. The Port Vila Council funded some additional improvements as well.

It was implemented by the Architects section of the Public Works department in partnership with the Department of the Local authorities and PVCC.

With an objective to improve the sanitation and other amenities within the market house, the upgrades facilities aim to provide a better and friendlier environment for the mama vendors and the public as well as reduce lagoon pollution.

In his remarks during the opening, Port Vila City Council (PVCC)Town Clerk, Peter Sakita relayed a brief background of the Port Vila market from the Condominium government until Independence, leading up to its current location.

He said the current project also reflects the same goals of past market projects which is to provide an inclusive environment in town for vendors to sell their products and earn money for their livelihoods.

With the new improvements of toilet and shower blocks, new drainage system, new administration office, café areas and stalls will be beneficial to the vendors. With a new water improvement waste plant, a first of its kind to be installed, Mr Sakita believes it will provide a clean and better harbor.

Silae Mama Vendors Association President Rachel Merang said it is a dream come true to witness such ceremony as it has always been a cry for the vendors to be facilitated with such projects. She acknowledged the government, the Australian government through the Australian High Commissioner, the UN Women Fiji and the Port Vila City Council for their support.

Regarding the current COVID-19 lockdown, she also appealed to the government of Vanuatu to include market vendors in the government’s Economic Stimulus Package.

Australian High Commissioner to Vanuatu Sarah deZoeten said the newly market upgrade is such a transformation. She showed appreciation also towards the newly waste improvement water plant which will definitely ensure a clean harbor for the public as a whole. She mentioned that the market vendors are very important as they contribute as well into the economy.

With over 90% of women as market vendors, High Commissioner deZoeten said the project will upgrade the livelihoods of the mamas during their sales. She said that this is one of the last projects under the Australian government’s Cyclone Pam recovery program.

She also acknowledged all partners for their contribution in completing this successful achievement.

Port Vila Lord Mayor, Eric Festa appealed to all vendors to look after the facilities. He mentioned that the opening ceremony is timely as well towards the country’s 40th anniversary adding that the project is also a big achievement for the PVCC.

Deputy Prime Minister and Minister of Internal Affairs, Ishmael Kalsakau acknowledged the Australian government and the UN Fiji and all partners for their generosity towards the project.

He quoted the late Paramount Chief of Ifira, late Graham Kalsakau when handing over the market land to the government, “the market area is like a banyan tree ready to protect and shelter all birds from the six provinces of Vanuatu”.

Mr Kalsakau said it is a milestone achievement and reminded everyone to participate more in Agriculture programs as well.

He also told the vendors to approach the government regarding their ESP requests and said he will address it as well to the Minister of Finance.