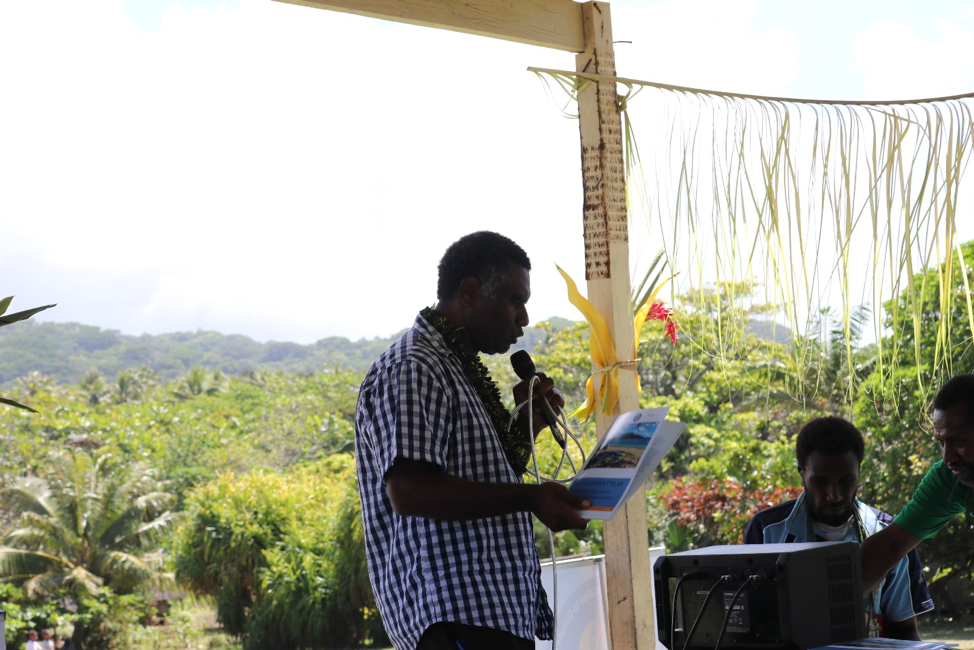 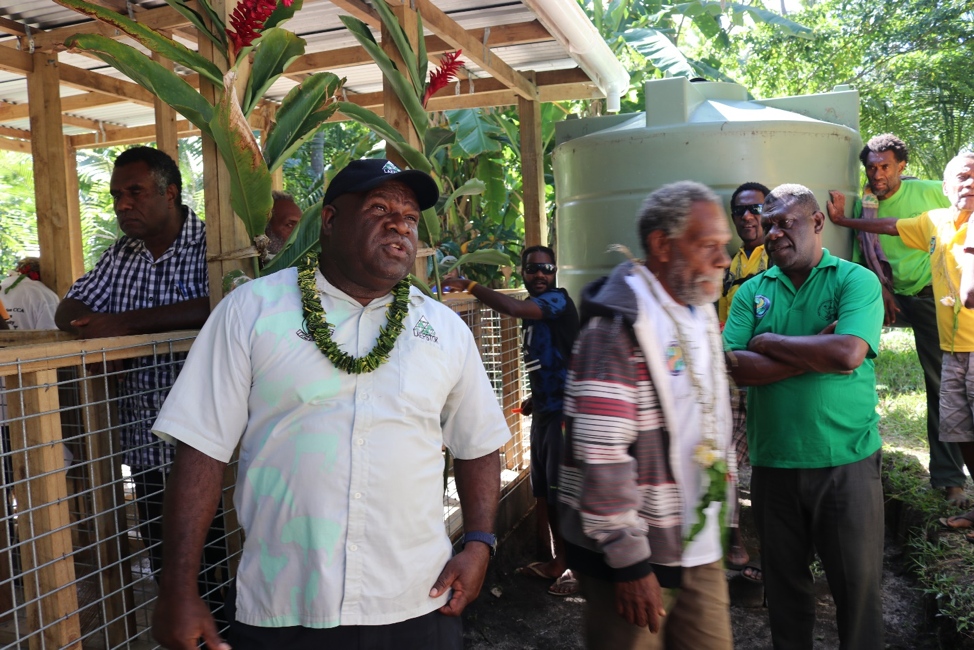 Director of Livestock, Lonny Bong, communicating with interested farmers in front of the piggery project.

Director of Livestock, Lonny Bong, communicating with interested farmers in front of the piggery project.

The Secretariat of the Pacific Regional Environment Regional Program (SPREP) via its Pacific Ecosystem-based Adaptation to Climate Change Project (PEBACC) has launched the Port Resolution community conservation area on the 22nd of September 2020.

The idea of having a marine conservation area was hatched by the six communities of Port Resolution after environmental studies on the island indicated that Port Resolution faces a complexity of climate change related issues. These issues are inclusive of food and water security issues, sedimentation and marine resource depletion. Though the community conservation area will be traditionally managed via the ‘nakamal’ system the communities were consulted for their views in drawing up a management plan.

In a bid to have a workable and respected conservation alternative livelihood plans were drafted as safety nets for when the conservation taboos come into effect. Hence, collaboration with the government departments of livestock and forestry saw model poultry, piggery and nursery projects set up in the communities. The notion is that the people can turn to chicken and pork when their marine resources are conserved.

In his introductory remarks, Bani Arudovo, PEBACC’s consultant project manager emphasized the importance for improved ecosystem and environmental management in order to adapt to climate change impacts. Bani also stressed that ‘it is impossible to build a poultry or piggery project for every individual household however, the people should be glad that poultry, piggery and nursery knowledge is now at your doorstep and you should make good use of these models and build your own to improve your lives’.

The chief representative of the Nikoletan council of chiefs encouraged the people to “respect your chiefs and respect the management plan which is now launched”. And in his remarks before launching the project the Secretary General of TAFEA province Mr. Joe Iautim applauded the Port Resolution communities “for taking the often-difficult decision of conserving a resource” and echoed the Nikoletan call for respect of the decision made and hence, the management initiative of the Port Resolution community marine conservation.