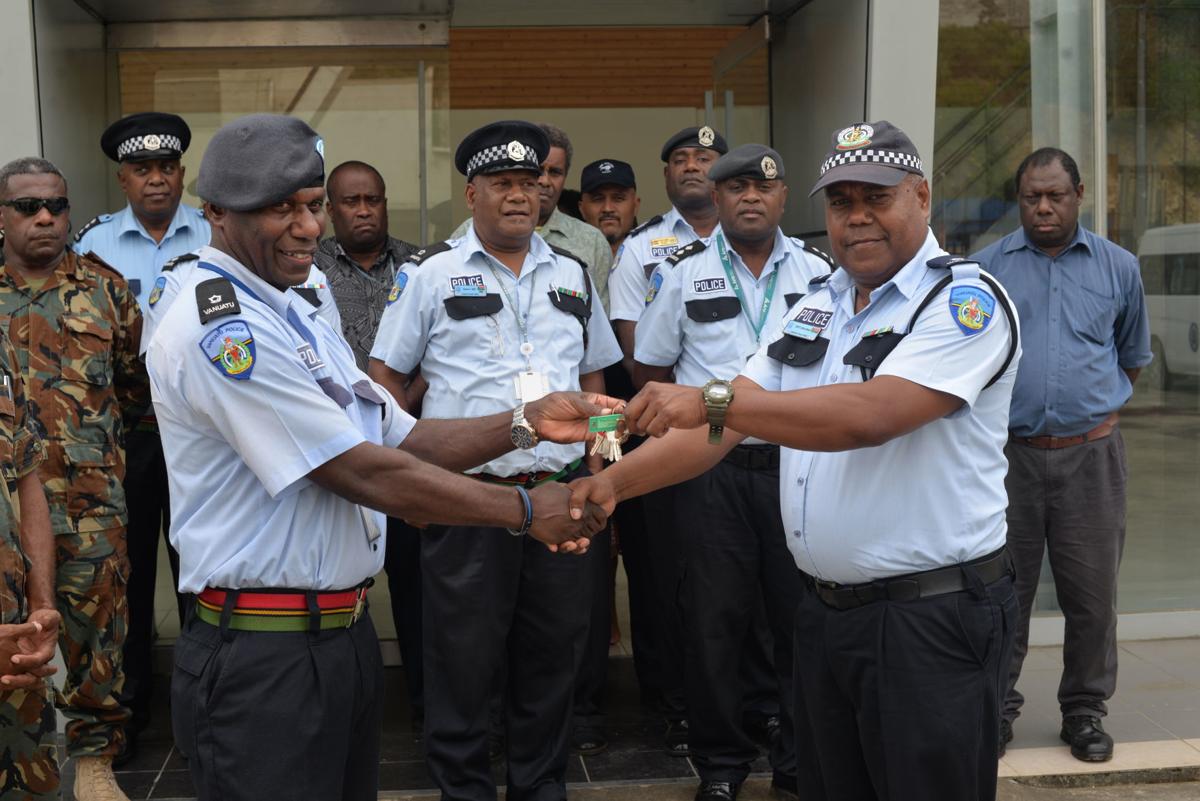 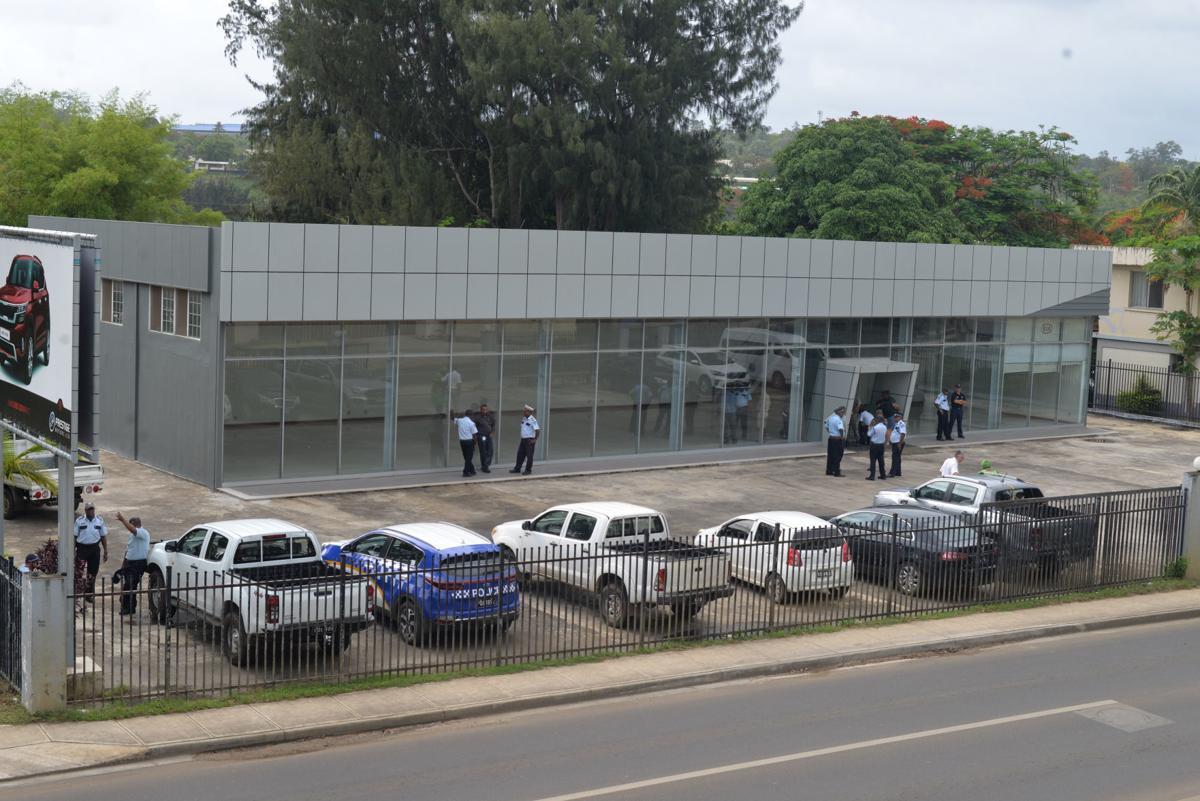 After two months at the Vila Mall Building, police officers in Port Vila will be relocating the second time to a new temporary office as they wait on the government to make a decision concerning the unsafe condition of their office.

The Prestige Motors Building opposite Tana Russet Plaza at Melcoffee area is fitting. It has enough space to accommodate all units within the main police headquarter unlike at the previous location.

The Overseer of the Vanuatu Police Force (VPF), Superintendent Namen Kali, received the key of the new location of the police station from the Managing Director of Caillard & Kaddour, Loic Bernier, yesterday (Monday) in the presence of senior police officers.

Overseer Kali then presented the key to the Superintendent and Acting Deputy Commander South, Allan Row Bani, who will be looking after the office.

The move to the new office is expected to take place at the end of March, which is the end of the rental period at the Vila Mall.

Starting today onward, the Vanuatu Mobile Force (VMF) engineers will configure the rooms before the commanders can choose which ones they want to use, said VPF Senior Sergeant, Jimilton Tabi.

”Cell 6 is one of our important facility. We will have to construct a new Cell 6 in the new office before we move in.

”While we are here we will continue negotiations with the government on the repair or demolition of our rundown office,” he said.

Sergeant Tabi said the rental fee per month for the new office building is approximately Vt800,000.

He conveyed the VPF will be submitting a supplement budget request for the relocation rental fees, to ensure that the current operational budget is not exhausted as the relocation was an unforeseen circumstance not budgeted for.

The monthly rent at the previous location was approximately Vt345,000.