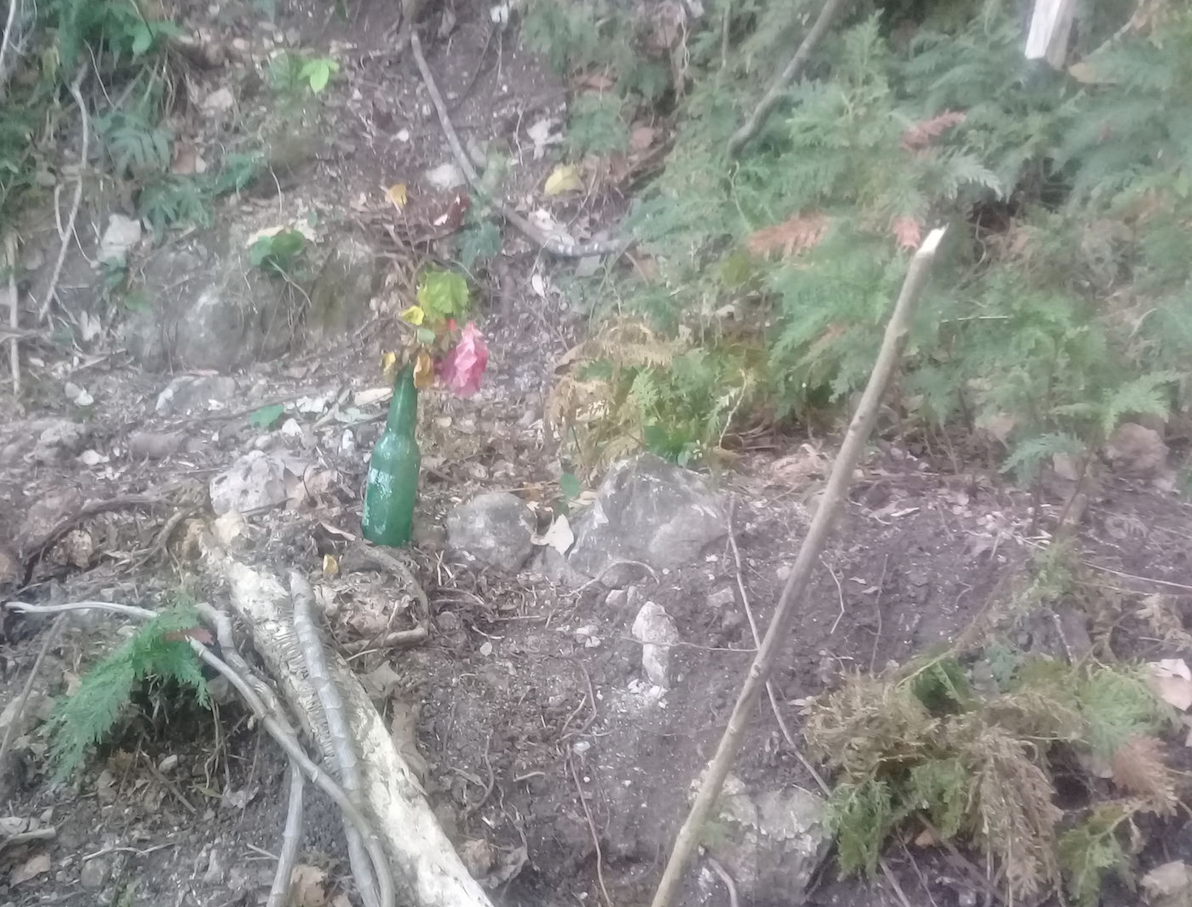 An old green bottle which serves as a vase for a few flowers marks the site where the body of the late Elina Vira from Ambae was discovered at Joint Court. 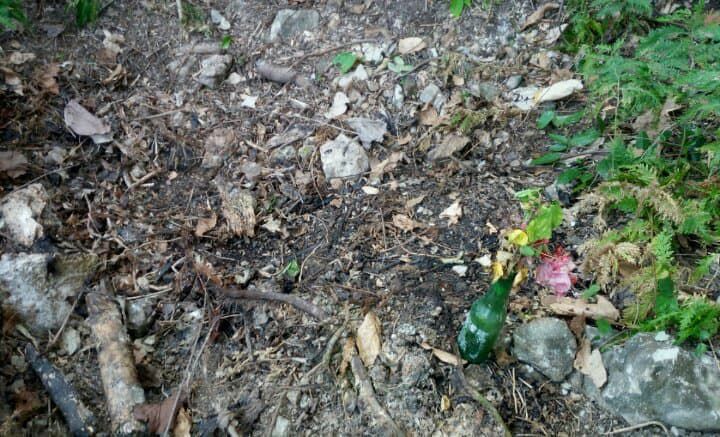 An old green bottle which serves as a vase for a few flowers marks the site where the body of the late Elina Vira from Ambae was discovered at Joint Court.

Police in Port Vila are appealing to the offenders behind the tragic deaths of the two women whose bodies were found recently to surrender immediately.

So far two male suspects in the alleged murder of the woman from Tanna found dead on the road at Smet last Saturday have been arrested.

Police said they are still hunting for a female suspect whose identify cannot be revealed at this stage.

They are also investigating a lead in the alleged murder of the other woman whose decomposed body was discovered in the bush at Joint Court.

Director of the Criminal Investigation Department (CID), Jack Joses, said: “We (the police) are appealing to the offenders to come forward.

“Wherever you (offenders) go and how far you can hide, we will always find you. We will make sure that you will not escape justice.

“As investigations are underway, we want to assure the families of the two victims that we will ensure justice is served.”

He said the number of murder cases in Vanuatu is increasing.

According to the Coordinator of the National Crime Prevention Unit, Superintendent James Aru, 10 out of the 15 cases recorded in 2015 occurred on Efate.

“Nine murder cases were recorded last year. 7 out of those cases happened on Efate. Substance abuse, lack of respect, financial issue and family separation were some possible contributing factors in these deaths.

“So far since the beginning of this year, we have recorded two homicide cases and two suicide cases; one occurred recently at Teouma and another on Ambae,” he said.

CID Director Joses said they have already requested a pathologist to conduct an autopsy on the Joint Court victim, the Tannese woman found dead at Smet as well as the third who committed suicide at Teouma.

Sorry, there are no recent results for popular images.