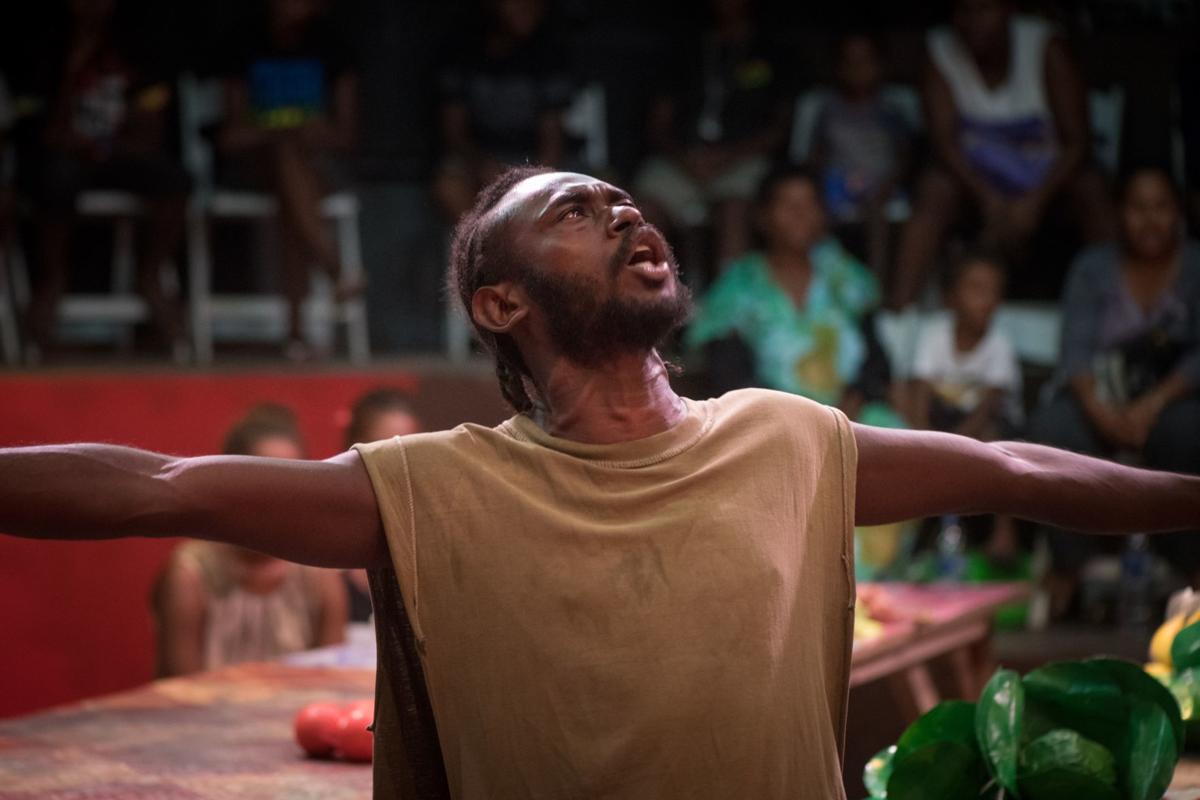 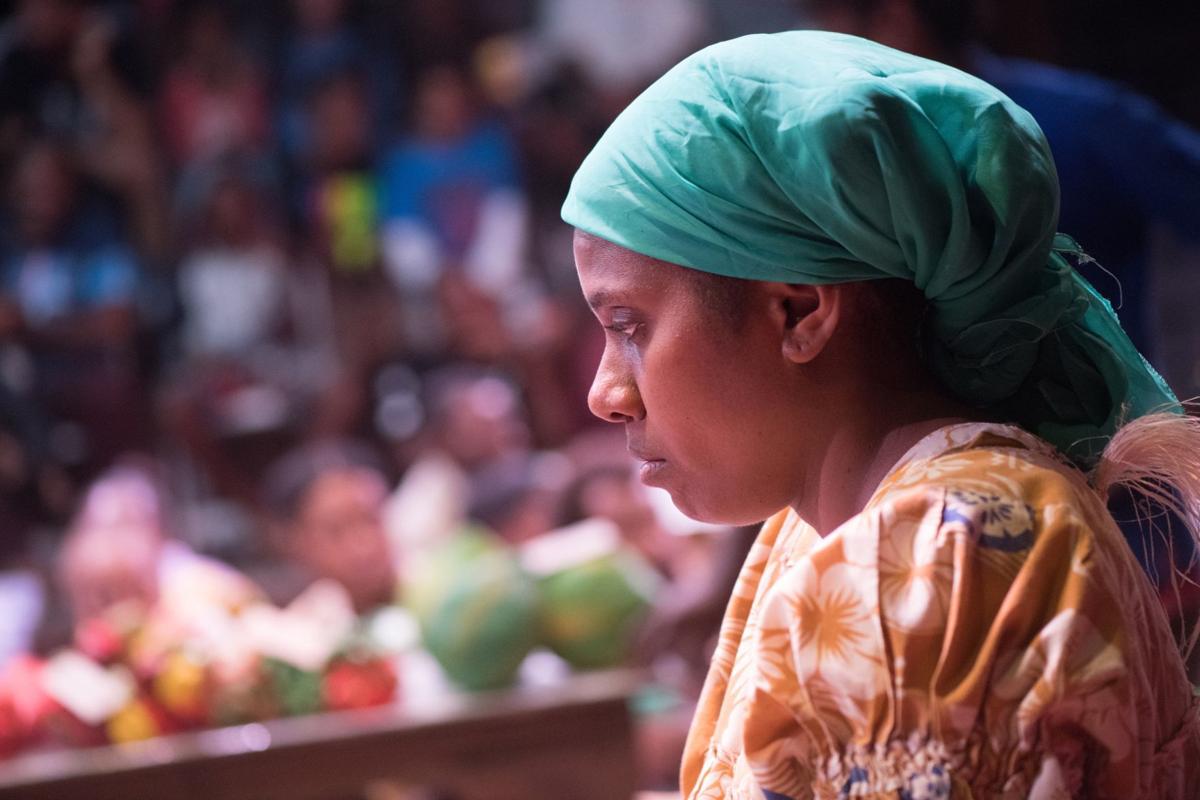 That may not sound like a lot, but in Wan Smolbag’s latest play, it’s enough to create a rollicking, roisterous and occasionally riotous Port Vila market. Ol Mama is a slice-of-life play laying out the immense obstacles and small victories that our market vendors face every day.

High costs, endless fees and charges bleed away their modest profits. They have to pay for the privilege of using the toilet or washing themselves. Transport fees are immense, compared to the money they earn, and they can’t unload until they’ve paid. Thieves and pickpockets prey on them and their customers.

The women who keep the heart of local commerce pumping are still mothers and wives, of course. They have to care for their children, and often the only way they can is to bring them with them.

Some would say that the domestic atmosphere, the sense of lives being lived all around you, is one of the most endearing aspects of Port Vila’s central market. But it comes at a cost. As we see in the play, children in the market miss school. They often sleep on bare cement. Their hygiene and cleanliness depend on whether their mother has sold anything yet. Likewise, their nutrition. There’s tons of healthy food all around them, true, but it’s not free.

With forty performers altogether, this is the largest cast ever assembled for a mainstage theatrical production by Wan Smolbag. And director Peter Walker isn’t just filling gaps in the scenery. The concerted chaos and boundless bustle of the market house is captured in intimate detail. Every actor knows their part, and every actor has one.

The constant crosstalk and low-key anarchy create a startlingly true rendition of what a visit to the market is like, but in an instant, the cast can bring crystalline focus to a scene—or burst into song, for that matter.

The energy dissipates, flows, and then suddenly peaks, always in delightful or compelling ways. This isn’t a half a dozen actors and 36 extras. This is 40 actors at work. There is not an excess body on the stage.

Only someone who’s had to direct this many people in this many individual roles can truly know the amount of effort involved in throwing the dialogue around the crowd like a beach ball at a rock concert. It’s a devilishly difficult task to make the dialogue flow as naturally as it does, to keep it from becoming stilted and staccato, relying on rhythm instead of spontaneity.

We could end the review here and call the play a success. But as usual, Jo Dorras’ script provides the actors with countless opportunities to do what they do so well: to portray the lives of normal Ni Vanuatu with warmth, empathy and humble honesty.

A number of familiar faces are prominent in the show. Florence Taga, Joyane Quiqui and Sese Kalkaua all play key roles with their trademark aplomb. Noel Aru’s volcanic presence as a drunken husband left the audience in rapt silence before he’d even said a word. Donald Frank’s kavafied security guard is every bit as hilarious as Aru is foreboding.

But equally notable are a few new faces. Charles Obediah has a few show-stopping moments in a role that would be oh so easy to play just for the laughs.

Two actors from Wan Smolbag’s youth troupe successfully auditioned for key roles in the show. Vuti George plays an Artful Dodger living by his wits, who falls for the daughter of a market vendor. The daughter is played Carina Apia with remarkable ease and fluidity for one so young.

Special mention needs to go to Florence Taga. She not only headlines the show with her memorable performance as an abused wife, she also composed the music for the play and helped create the market scenery, including remarkably lifelike fruits and vegetables—enough of them to give the prop-master nightmares.

The only downside to this show is that it ends far too soon. There are so many stories unfolding—and so many more alluded to in a line or a look—that the running time (a little less than an hour and a half) only leaves us wanting more.

This is the same kind of serio-comic slice of life that kept decades-long series like Coronation Street alive.

Ol Mama isn’t the Battle of Winterfell, but it’s as close as you’ll get in Vanuatu—and a great deal more fun. And it’s not Westeros. It’s us.

Ol Mama opens Wednesday April 15 and runs on every Wednesday and Saturday for the next two months. Another play, ‘Yu Stap Wea?’ will premier later this month.

Make sure to book your tickets early, as they often sell out well in advance.

They are sold at Wan Smolbag in Tagabe, and in front of the ex-Port Office building downtown. Keep watching Wan Smolbag’s Facebook page for updates and news.