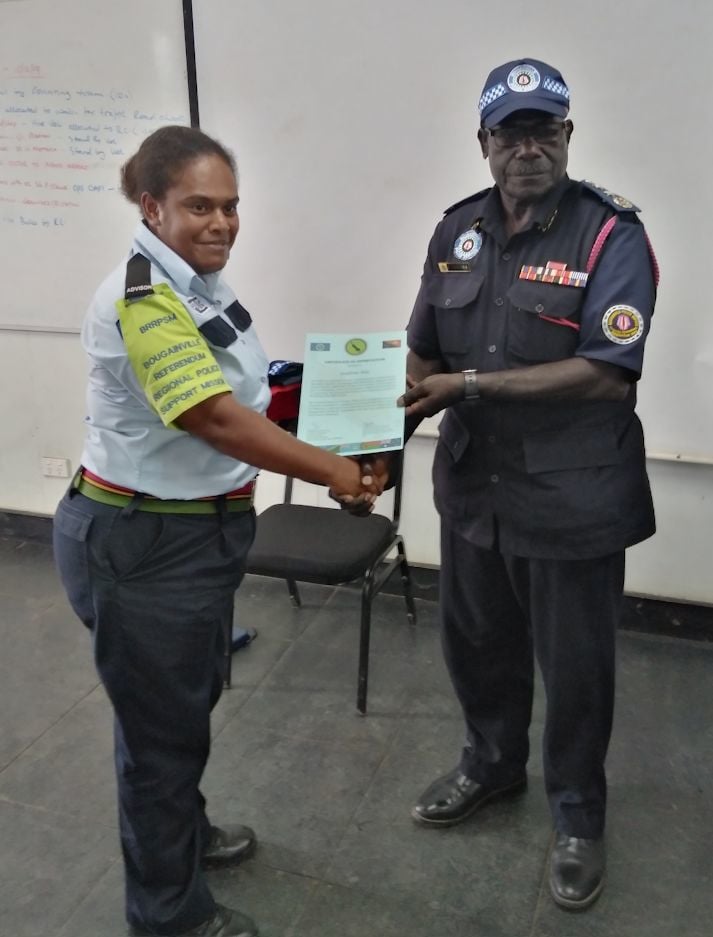 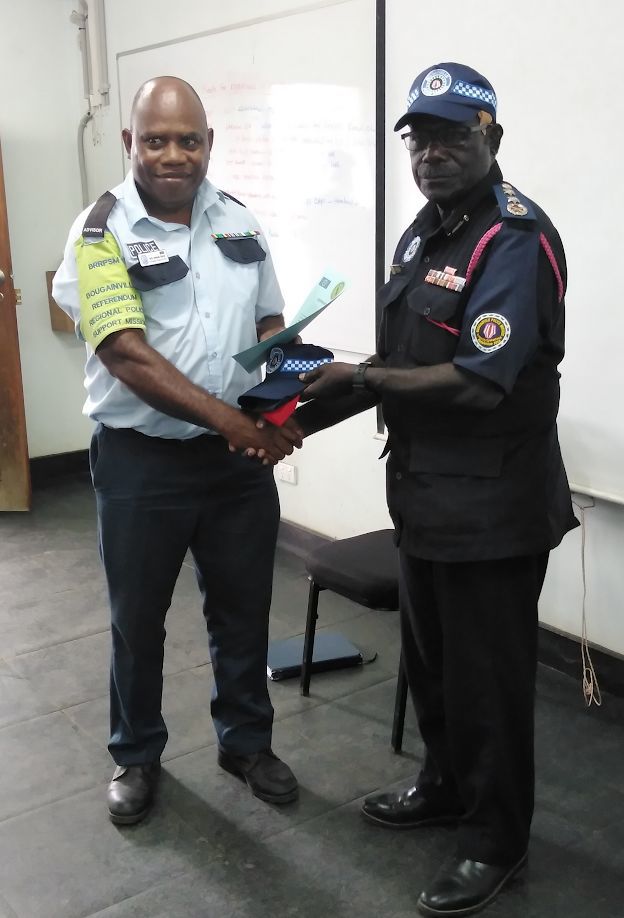 The regional support mission consists of Australia, Fiji, Solomon Islands, Vanuatu and NZ as the head of the mission.

Arriving in Bougainville Island, the two Vanuatu officers were based at Buin, a town and capital of South Bougainville District with six NZ counterparts.

Their mission was to simply to provide a neutral, unarmed and non-operational support Bougainville Police Service in accordance with the agreed terms of reference, for the defined period of Bougainville referendum.

They patrolled most of the polling booths ensuring that locals see their presence, as they are there to show support during the special time.

Inspector Garae said the pre-awareness during polling period has given them advantages on friendly approaches to all locations they visited.

”There were 829 polling stations; 800 in Bougainville and 29 outside Bougainville -Australia, Papua New Guinea (PNG) and Solomon,” he said.

The Acting Commissioner of Police for PNG in charge of the operation, Francis Tukura, has thanked the Bougainville Referendum Regional Police Support Mission for its assistance.

Bougainville has been through civil unrest in 1987 with PNG over the unfair profit sharing of the Panguna mine and later led to a peace process that begun in 1997 becoming an autonomy of PNG.

An agreement in November 2019 agreed for Bougainville to decide its future through referendum.

Bougainville has voted overwhelmingly in favor of becoming independent from PNG through the referendum lately last year.