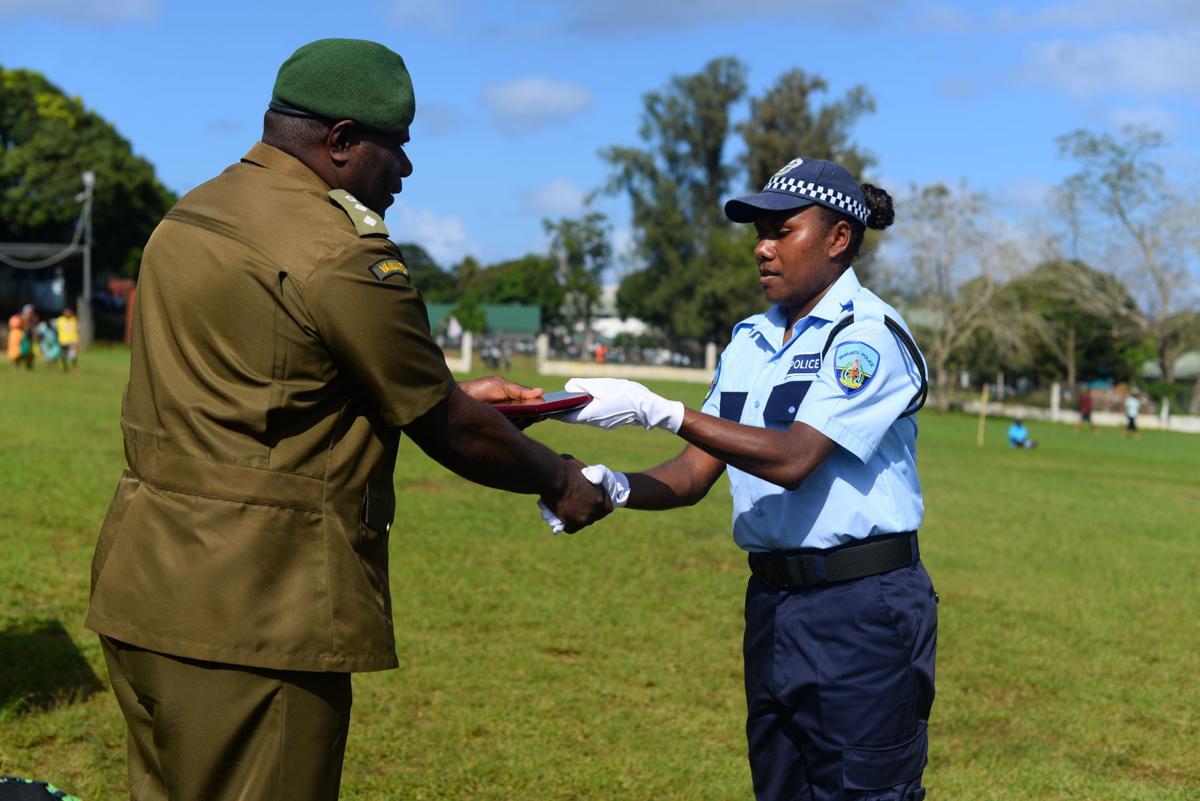 One of the 10 female officers is receiving an award from the Acting Commissioner of Police, Colonel Robson Iavro 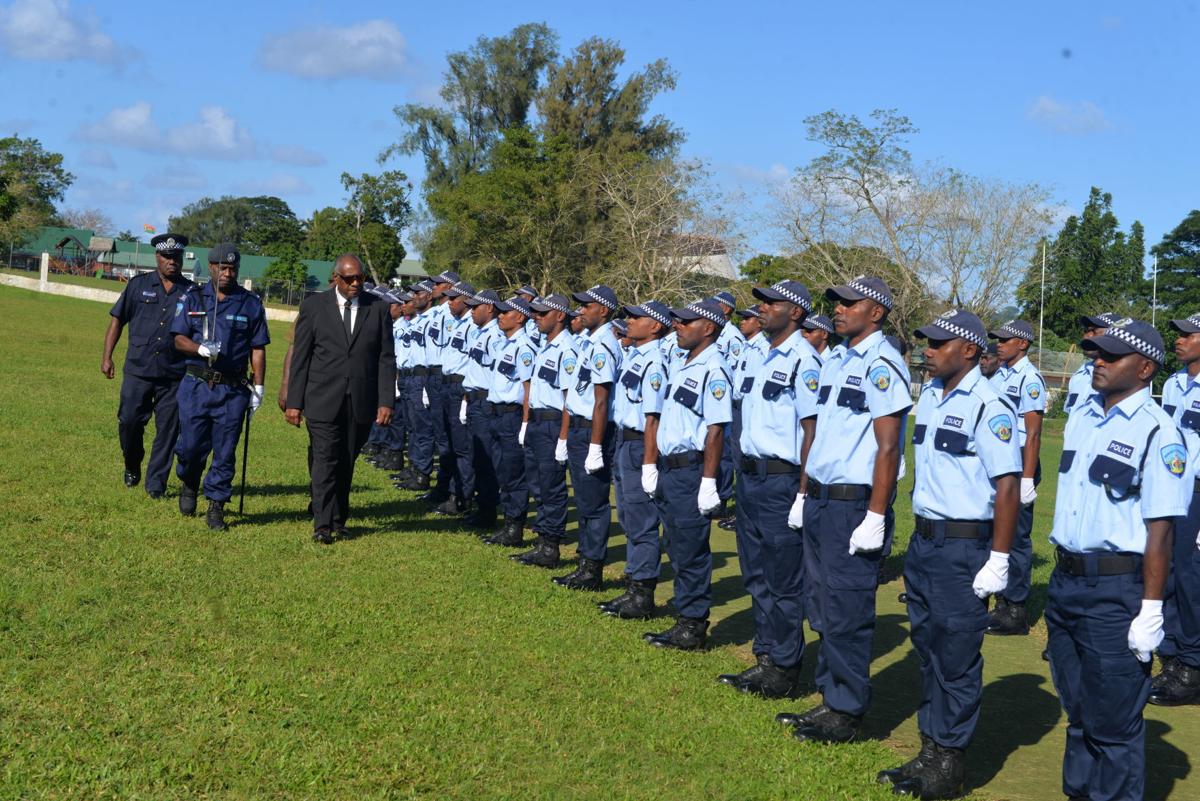 One of the 10 female officers is receiving an award from the Acting Commissioner of Police, Colonel Robson Iavro

The key message that was echoed at the graduation of new 50 police constables yesterday morning was to respect the citizens of this country.

Prior to pledging their oath, the new police officers were reminded of their new role as law enforcement officers.

“Welcome to the family of policing. You should be proud to join the force to serve you country," Acting Commissioner of the Vanuatu Police Force (VPF) Colonel Robson Iavro stated.

“Your function is to ensure that lives and properties must be protected at all times, at all cost, under any circumstances.

“Be reminded that when you are joining the police force, ensure to observe every law that is governing this nation, respect human rights, the dignity of every citizens as well as visiting visitors into our country."

The Acting ComPol appealed to the graduated officers not to engage in unethical practices.  “It is important to uphold the values you learned as you made your pledge to serve as a law enforcement officer. The values of discipline, respect, obedience and loyalty as you progress your career with the force.

“When executing your duties, serve this nation with integrity and professionalism. Respect the people of Vanuatu. Nothing more, nothing less."

Minister for Police and at the same time Deputy Prime Minister, Ishmael Kalsakau joined the Acting ComPol to ask of the constables to respect the citizens. He called on the officers "to never partake in brutality".

Kalsakau reminded them that their lives as a civilian has ended. “Show discipline and order as required by police."

Parents were acknowledged to support this nation by agreeing for their child to serve and provide security for this nation.

The minister for Police noted that in the future, police should consider and give full effect to decentralization and have police presence visible in all islands of Vanuatu.

In her speech, the Australian High Commissioner acknowledged that the graduation is a huge achievement for VPF to work towards achieving its goals and providing a safe and independent country, and Australia is delighted to support this achievement.

She noted police are always on the front line during emergency scenarios, such as the TC Harold response and COVID-19 pandemic.

The passing out of the 50 new recruits yesterday has boosted the number of new police constables to 295 since 2018. Amongst the 50 are 10 females. They also received their postings yesterday.

The overall number of the members of VPF including the Vanuatu Mobile Force (VMF) stands at just over 600.