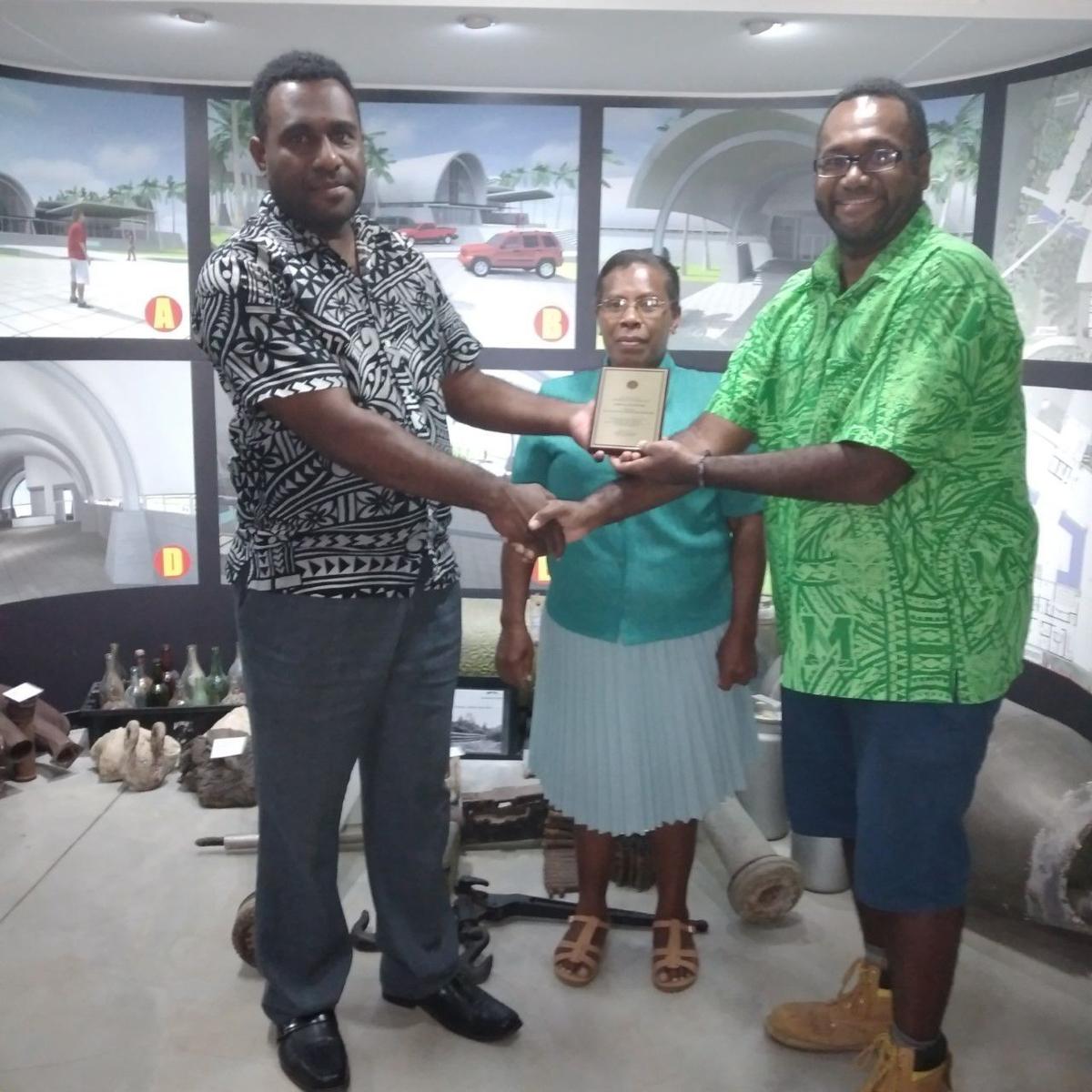 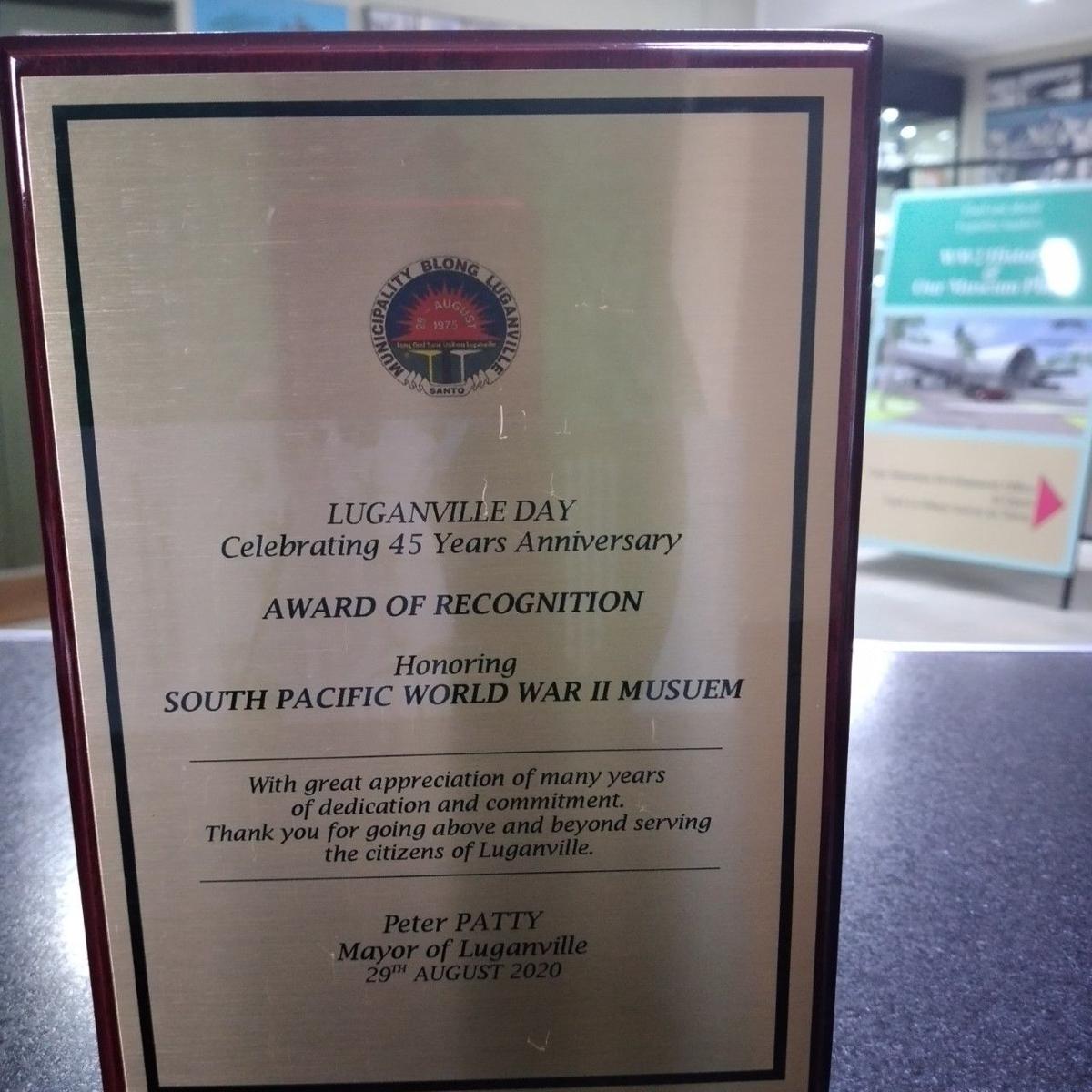 A close-up of the Recognition Award 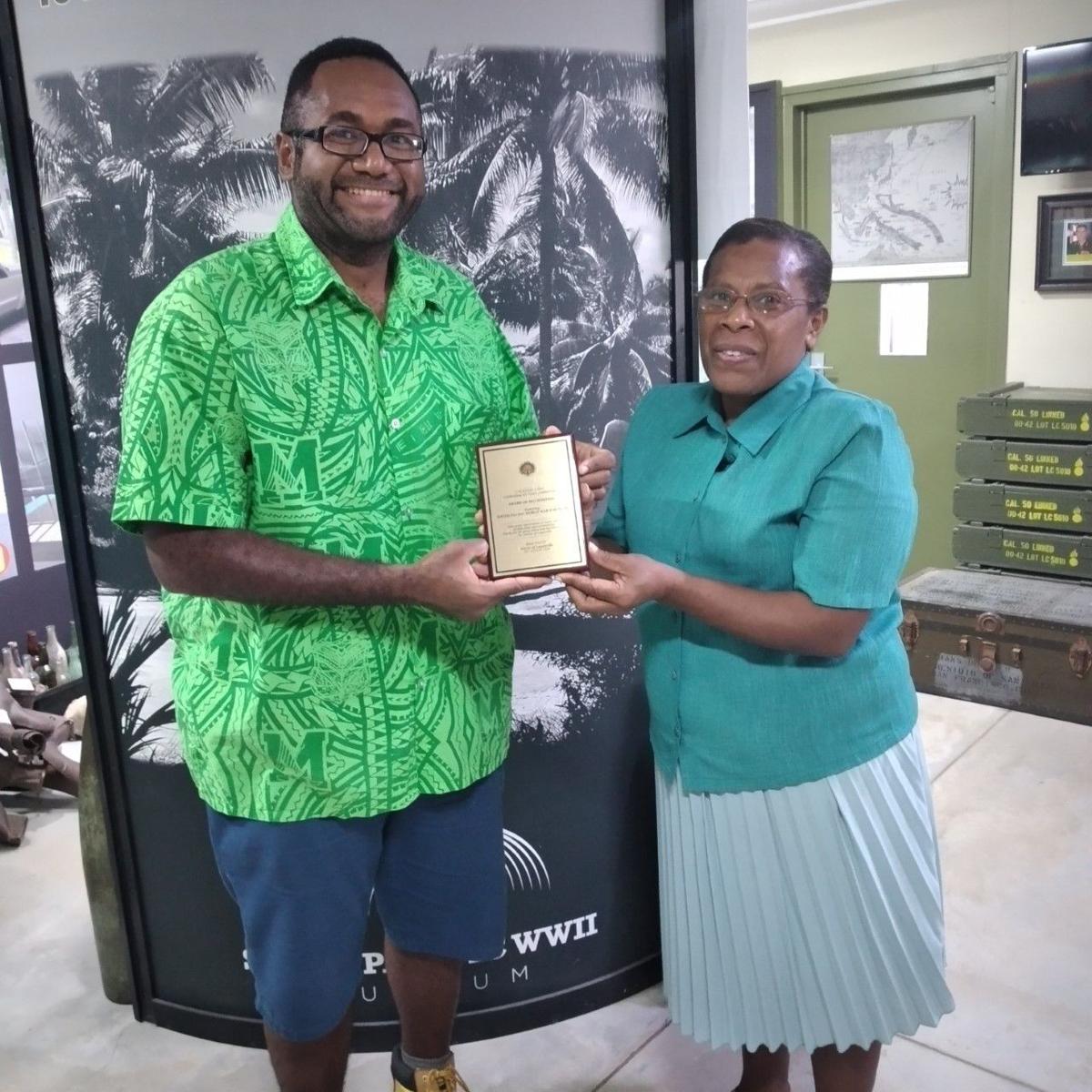 A close-up of the Recognition Award

It’s not every day you receive a phone call from the Lord Mayor’s office asking whether he could meet with Museum staff at the Museum for a special presentation.

The Museum team were very much intrigued. What was this all about? And the Lord Mayor no less. Sure enough Lord Mayor Peter Patty came by the Museum and Project Development Office to present a special award to the South Pacific WWII Museum.

The ‘Award of Recognition’ acknowledges the important role the Museum is fulfilling through:

• The untold stories being uncovered by the Museum;

• The dedication of the staff, particularly following tropical Cyclone Harold and the Covid-19 outbreak;

• And our cooperation and communication of the Museum.

The Museum team were absolutely thrilled to accept the award on behalf of the Museum, which came as a total surprise to everyone.

Our Executive Board Members have been the driving forces behind this project, and we have people passionate and contributing like James Carter all the way in Melbourne, Australia,” said Lengkon. “Everyone from the builders / renovators of our project office to Bena Christopher, who maintains the cleanliness of the Museum property, former board members such as Steve Turner, the many international and local visitors, our followers on our website and social media platforms and our Navara Fund Sponsors, particularly LCM, BSP and Vodafone who have confirmed their commitment to supporting the project during these harder times due COVID-19,” he concluded.

The South Pacific World War II Museum would also like to thank Lord Mayor Peter Patty and the Luganville Municipal Council for the award which now hangs very proudly in the Museum. It is greatly appreciated and is the first time a local Vanuatu authority within the Vanuatu Government has publicly recognised our Museum with such an award.

Next time you’re visiting the South Pacific WWII Museum, ask our Museum staff to show it to you. I’m sure they’d be more than happy to.