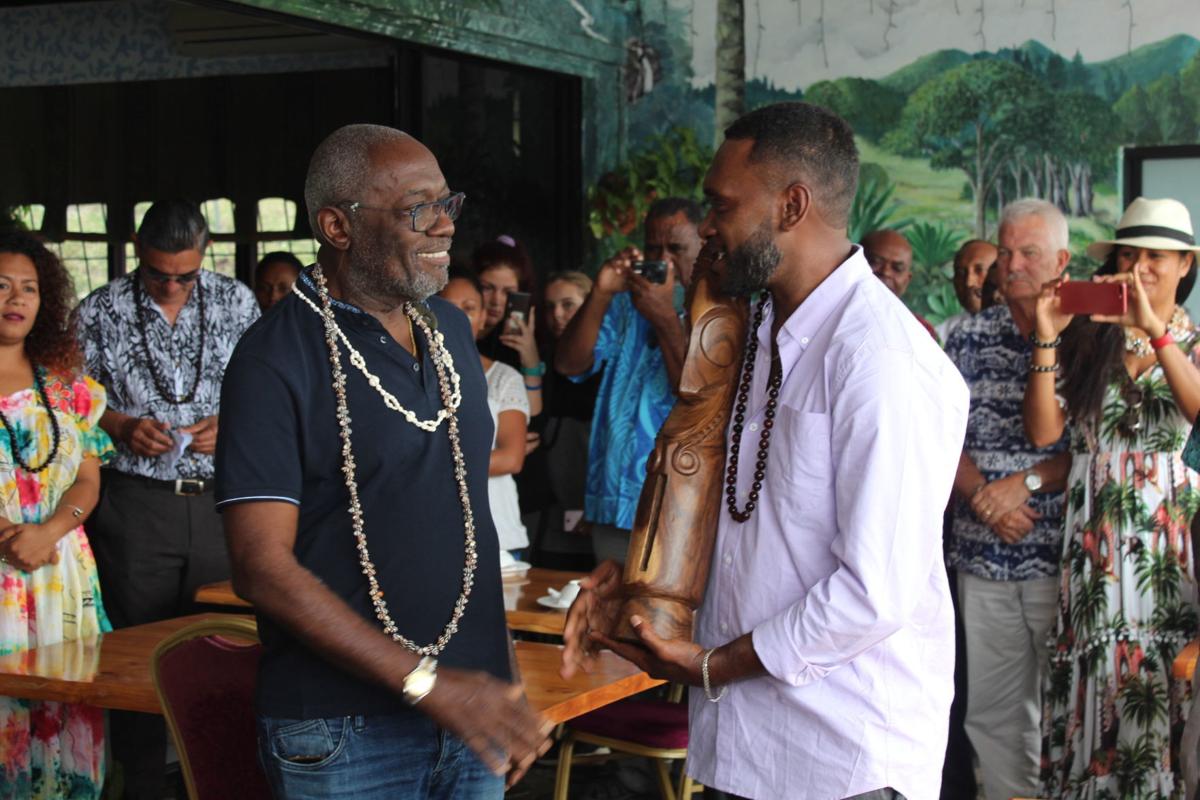 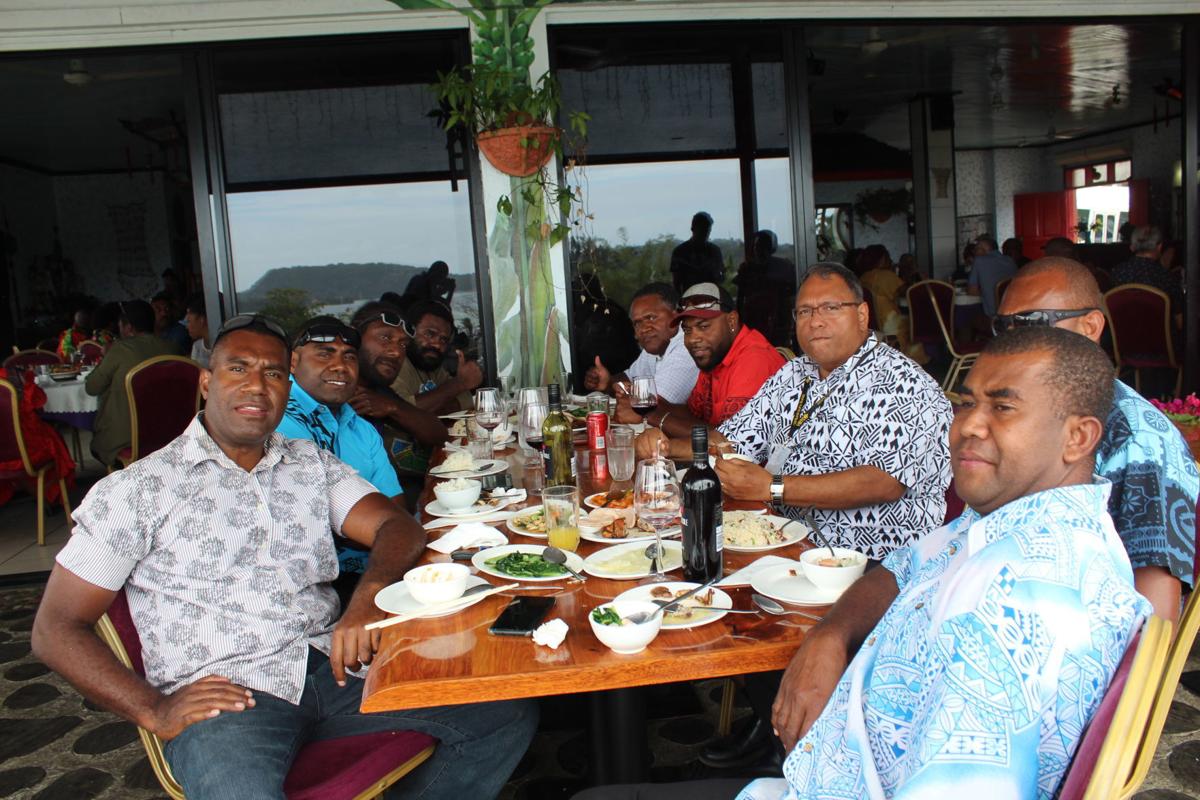 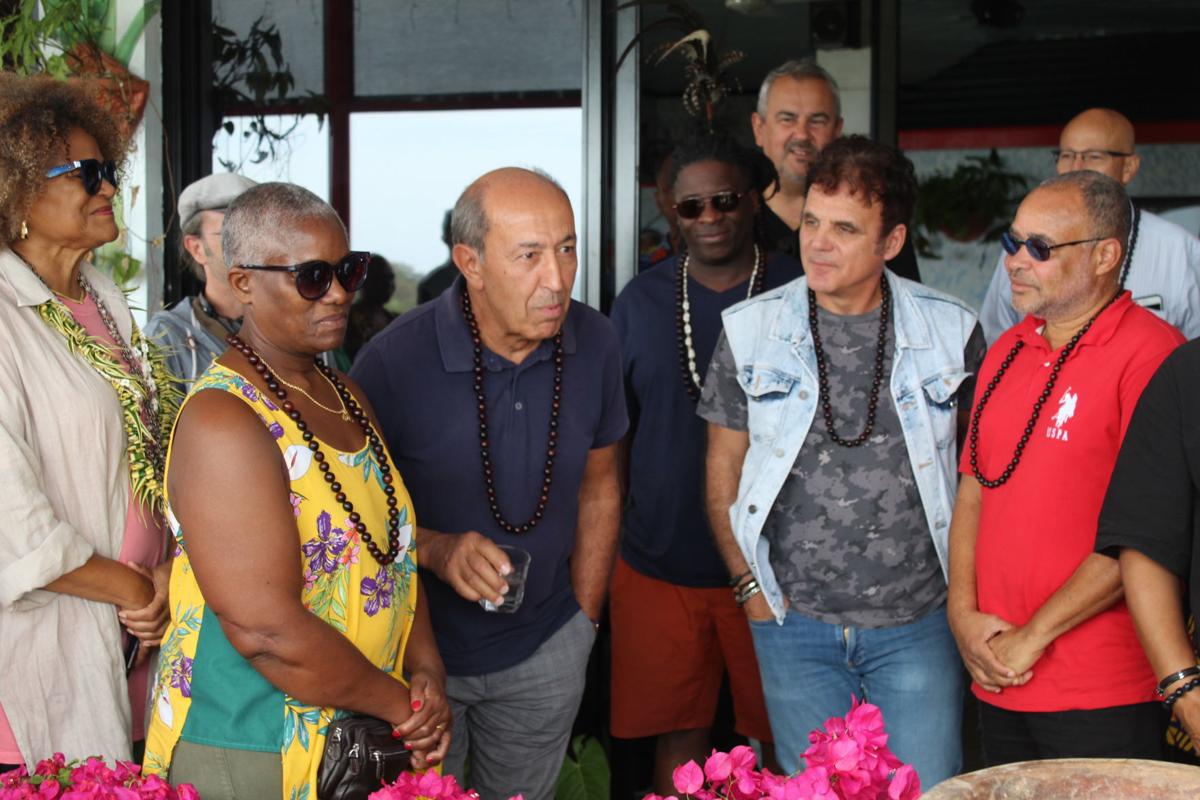 Other members of the band

Other members of the band

The Port Vila Municipal Council (PVMC) was delighted to host lunch for the members of Kassav’ Band at the Harbour View Chinese Restaurant in Port Vila yesterday.

Mayor Albert Sandy applauded the Vanuatu Broadcasting and Television Corporation (VBTC) for bringing the international zouk band to Vanuatu for the people to meet and watch them perform live on stage. The Chief Executive Officer (CEO) of VBTC, Francis Herman and some staff of the company were present during the lunch, including PVMC councilors and some members of the business community.

Mayor Sandy told the band members that many of their songs were popular in Vanuatu during the 80s.

”That is why a large crowd of fan have come out to wait for your arrival at the airport,” he told them.

Mayor Sandy has presented a curved wooden key to the band as a sign of welcoming them to Port Vila. Kassav will perform at the Korman Stadium from 6 to 9pm this Saturday.