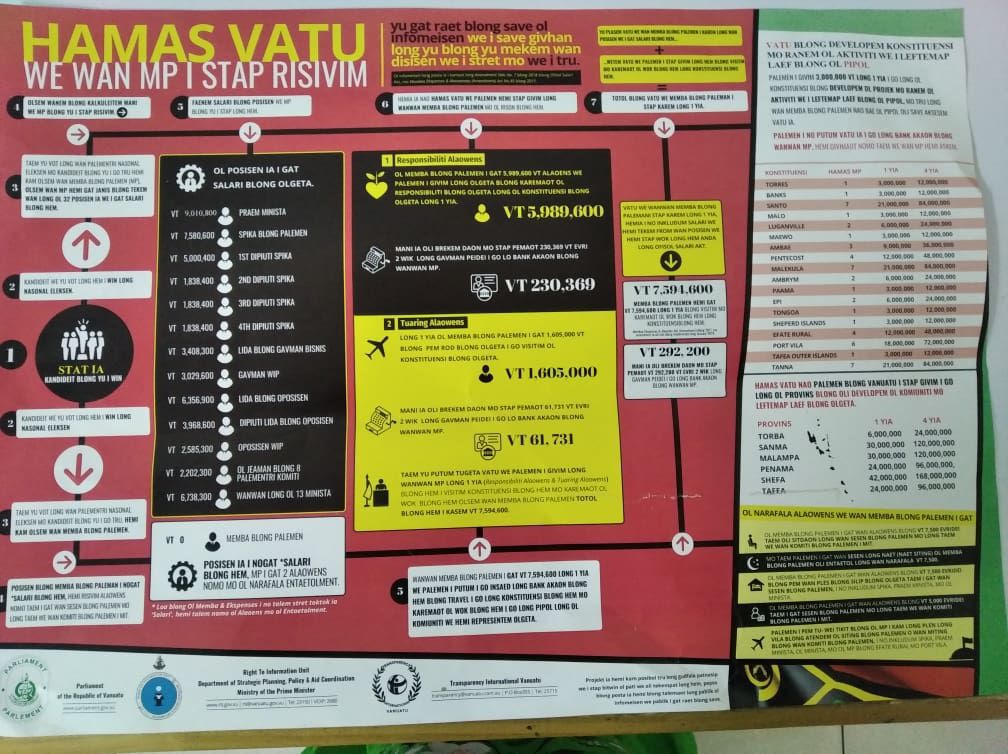 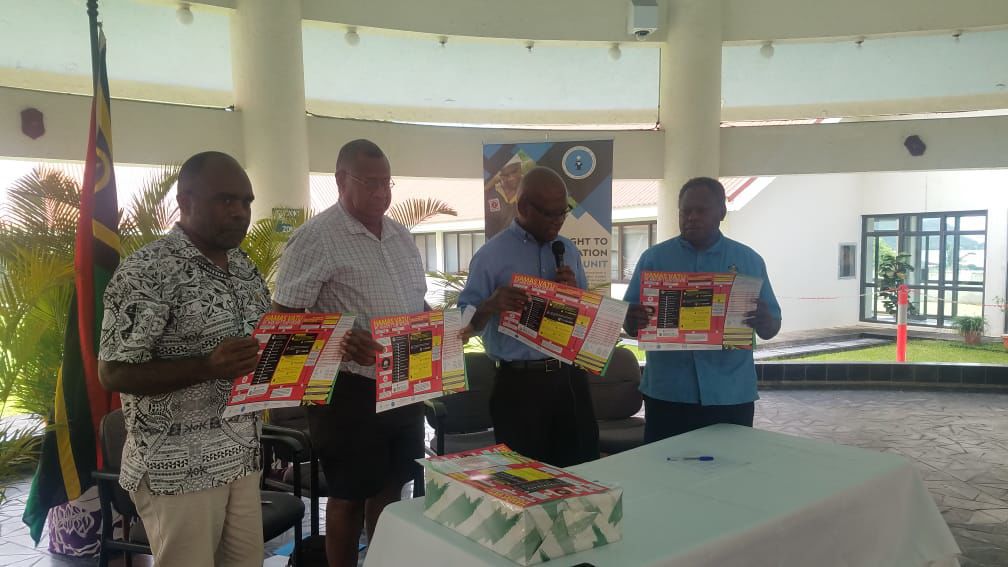 Members of Parliament (MPs) will be more cautious on how they use their entitlements now that the people of Vanuatu know how much money the parliament is giving them to serve their constituencies.

People know very little how much their elected representatives are getting, but thanks to a collaboration by the Parliament, Transparency International Vanuatu (TIV) and the Right to Information (RTI) Team, this is changing.

While voters are getting ready for the 2020 General Election, Parliament, TIV and the RTI Team launched an initiative to promote a wider understanding about the whole purpose of voting and what to expect after electing a candidate this week.

This initiative is the release of an A-3 size poster featuring the entitlements and benefits of the MPs prescribed under the Official Salaries Act and the MPs (Expenses and Allowances) (Amendment) Act No.45 of 2017.

The posters will be distributed to communities.

“It falls in line with the NSDP Goal of building strong and effective institutions,” he said. ”The RTI Law passed by parliament in 2016 aims to ensure the government is more open and transparent, which means that the public has the right to access information from public offices.

“The last RTI enforcement order signed by the Prime Minister last year covered parliament and other public offices. This means that the funds allocated by parliament for MPs to spend in their constituencies are now under a magnifying glass.

“These figures are no longer a secret and electors have the right to know how they are being spent.”

Of that Vt7,594,600, Vt292,200 is paid directly into the MP’s bank accounts every payday. MPs are required to use this money to purchase tickets so that they can visit their constituencies and carry out their responsibilities.

Each MP is also entitled to an allocation of Vt3 million per year which is obtained through an application to the Speaker’s office, based on quotation or invoices for community development activities.

Apart from the Vt3 million allocation, responsibility and touring allowances, MPs are entitled to be paid a sitting and accommodation allowance of Vt7,500 each time the parliament meets.

MPs can also get additional compensation starting at over Vt1 million when they serve in additional roles.

The Leader of Opposition whose role is to question and hold the government accountable to the public gets Vt6, 356, 900 while the Deputy Leader of the opposition gets Vt2, 986, 600.