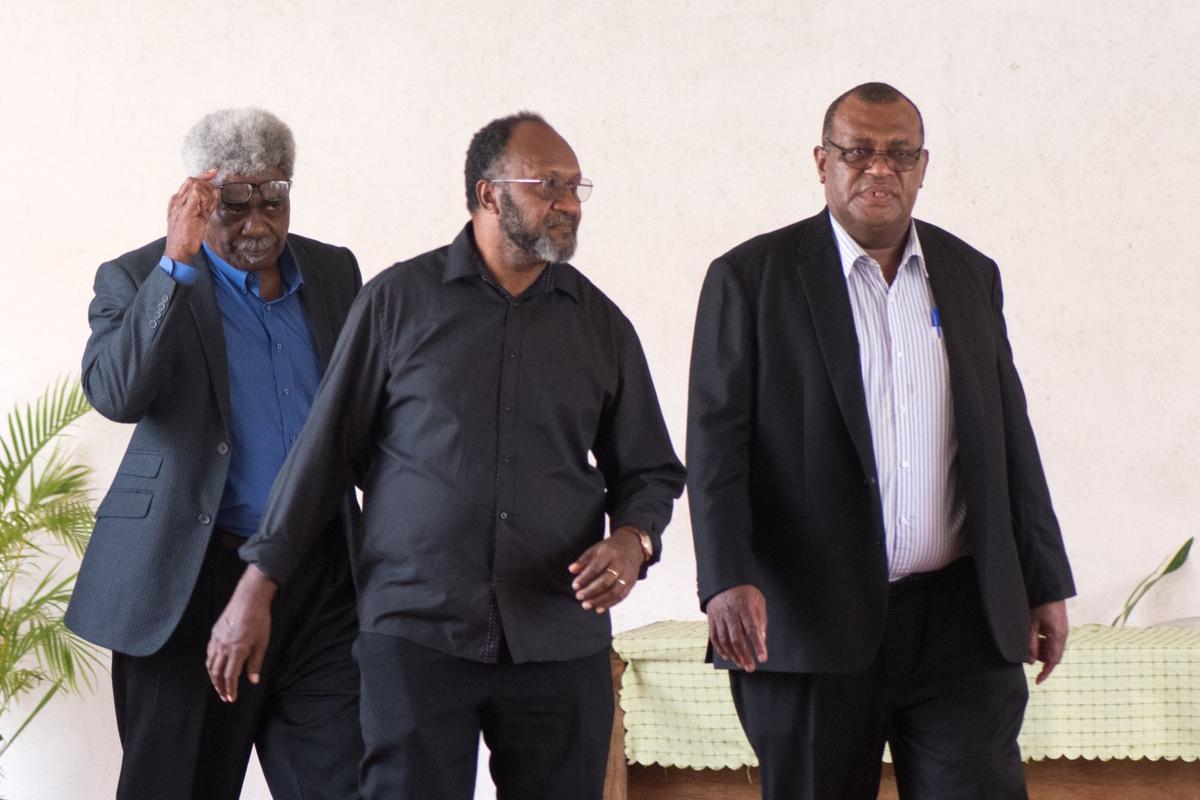 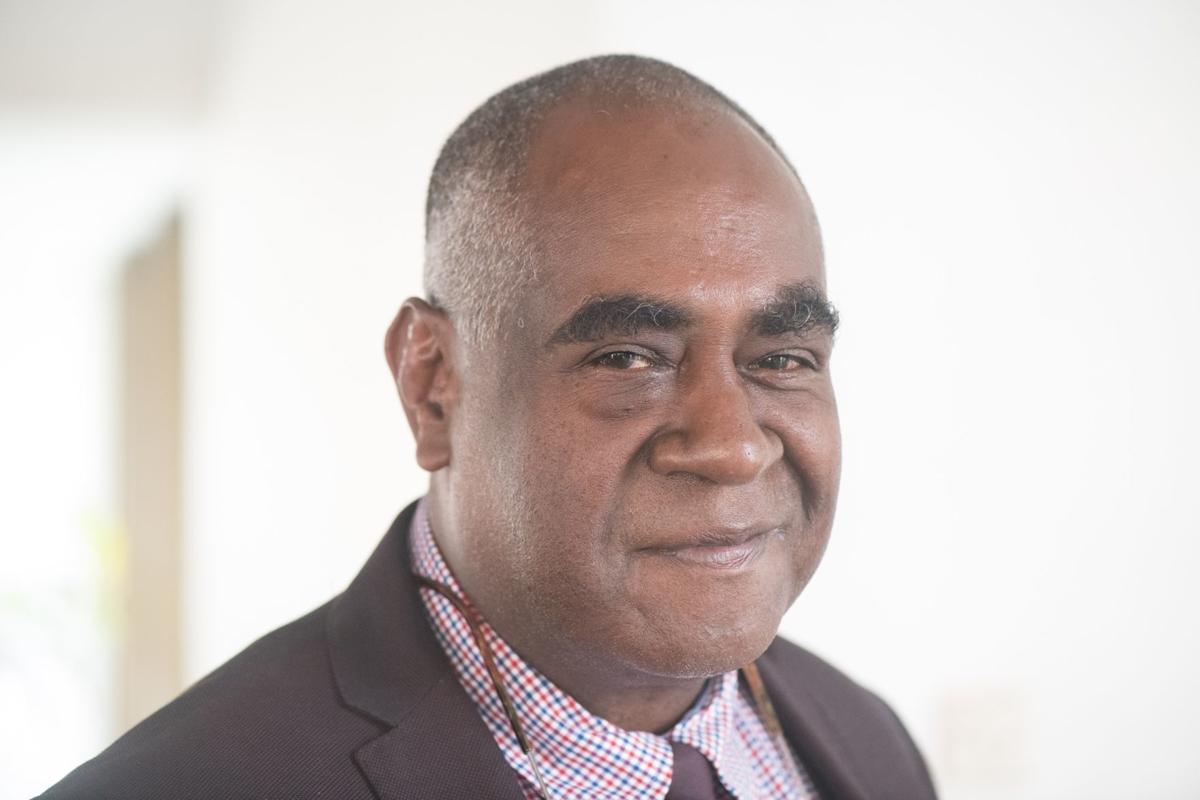 Mr Kalsakau said he intended to pursue legal matters arising from the no confidence motion. "I'm a trained and experienced lawyer," he said. "I've covered every single inch of ground."

Mr Kalsakau said he intended to pursue legal matters arising from the no confidence motion. "I'm a trained and experienced lawyer," he said. "I've covered every single inch of ground."

The Opposition motion to hold a vote of no confidence was defeated yesterday with 31 votes against, 19 for, and 1 abstention.

But outside the Parliamentary chamber, Opposition Leader Ishmael Kalsakau told the Daly Post that the matter was not finished yet. He insisted that the Opposition intended to pursue their allegation that the use of funds not budgeted to pay for the creation of new Parliamentary Secretary positions was unlawful and in breach of the Leadership Code.

Member for Ambae Jay Ngwele informed the Daily Post Monday that he was planning to submit both a criminal complaint and a complaint to the Ombudsman concerning the Prime Minister’s decision to give a member of his Rural Development Party a Parliamentary Secretary post.

This contention was the subject of heated discussion in the Parliamentary precinct on Monday as members exited the building.

Deputy Prime Minister Bob Loughman spoke on behalf of Prime Minister Charlot Salwai during the debate. Mr Salwai is in mourning following the death of his sister late Monday evening. He was present for the debate, but did not speak.

Responding to the 16 grounds listed in the Opposition motion of no confidence, Mr Loughman was dismissive. “These are too light,” he said. “You need something much heavier to bring down a Prime Minister.”

He pooh-poohed many of the items, but became heated when dealing with the issue of Parliamentary Secretaries. He reminded Mr Kalsakau that he was Attorney General at the time when the third PS position was created, and he advised then-PM Sato Kilman on the legality of the decision.

“He liked it then, but now he wants to complain,” said Mr Loughman.

Regarding complaints about the delays in repairs of Bauerfield airport, the Deputy PM chided Mr Kalsakau, saying, “if the Leader wants to find the source of the problem, he doesn’t have to look far away. He should look close to himself.”

Former Minister of Infrastructure and Public Utilities Jotham Napa was sitting two chairs away from Mr Kalsakau at the time. They both shared a good-natured laugh at the dig.

Responding to accusations of incompetence in dealing with the Ambae evacuation, Mr Loughman retorted that “This is the most responsible government I have ever seen in my tenure as an MP,” he said.

A succession of MPs rose to withdraw their support of the motion. Most admitted that they had signed, but several suggested they had done so months before, when circumstances were different.

MP for Santo Samson Samsen admitted that he had indeed signed the motion, and told the house that although he had since had a change of heart and was happy to sit on the government side, he felt it would be inconsistent to haven signed the motion and then to vote against it. For that reason, he told the Speaker, he would be abstaining from the motion. His was the only abstention.

MP for Malo Uri Warawara rose to repeat the allegations that he made to the Daily Post on Monday, telling the members that he had not signed any motion or attestation and that he was still concerned to find out who had signed.

Earlier yesterday, senior Opposition members implied on social media that they had multiple witnesses willing to state that Mr Warawara did indeed sign.

Asked whether Government would pursue the matter outside of Parliament, Deputy PM Bob Loughman said he couldn’t say at that moment.

“If we do, it will be the decision of the entire government.”

Justice Minister Don Ken, on the other hand, had a change of heart. In Parliament yesterday, he no longer insisted that his signature had been forged.

“I might have signed,” he said, “at some point long ago, when I was in Opposition. Needless to say, therefore, I withdraw my signature.”

The change of course was met with general laughter from the Opposition bench.

For their part, the Opposition seems intent on carrying their accusations furthers.

Speaking to the Daily Post outside the chamber, Ishmael Kalsakau said, “it’s not over yet. We intend to pursue our Leadership Code challenge.”

Mr Kalsakau smiled and added, “I’m a trained and experienced lawyer. I plan to cover every inch of legal ground.”

In an interview immediately after the vote, Mr Loughman told the Daily Post that the Opposition were welcome to exercise their constitutional rights. “But we have the numbers.”

He pointed out that a motion could be moved during the upcoming Ordinary Session with only nine signatures.

“They’re welcome to try if they want, but I’m confident we will survive the next one just as we did this.”