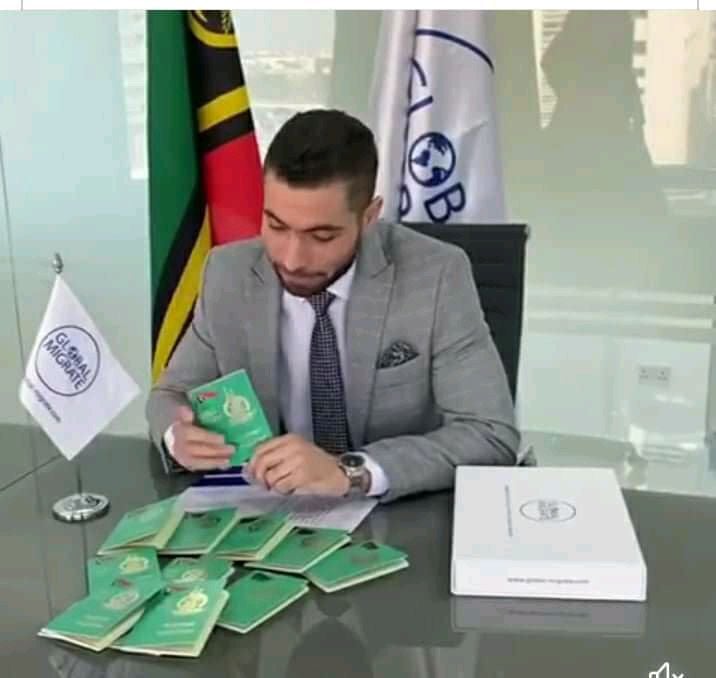 A snapshot of one of the videos. What angers most Ni-Vanuatu on social media was the upside down Vanuatu Flag.

Chairman Warsal says isolated instances such as this distasteful representation of the Program reinforces the need for decisive action. The Commission has made it its priority to ensure that the program’s operational standards are raised.

A snapshot of one of the videos. What angers most Ni-Vanuatu on social media was the upside down Vanuatu Flag.

Chairman Warsal says isolated instances such as this distasteful representation of the Program reinforces the need for decisive action. The Commission has made it its priority to ensure that the program’s operational standards are raised.

A series of footage concerning the sales of Vanuatu Citizenship under the Development Support Program (DSP) that were circulated on social media recently, has triggered an investigation by the Vanuatu National Citizenship Commission (VNCC).

The short clips have sparked a lot of criticisms from members of the public.

These footages carry statements from some individuals from an investment firm in the Middle East known as the Global Migrate which according to Chairman Ronald Warsal, were “marketing the DPS program in a manner that is not of the professional level and standards that we expected and require of our representatives internationally”.

The people featured in the video series were talking about the program, displaying the passports they have and in one of the videos, a woman was actually showing the Vanuatu National ID Cards that they also have in possession.

Warsal confirmed that the actions and activities of this particular firm “are not unlawful in themselves”.

But according to Chairman Warsal, the Commission has discovered that the migration firm involved is not officially registered and authorized by the Citizenship Commission to promote the Vanuatu Program internationally.

“It is of vital importance that we retain our Citizenship Program for the benefit of Vanuatu, and since the appointment of the current chairman of the Citizenship Commission, those Commission has made it its priority to ensure that the program operational standards are raised, with better management and control,” he told Daily Post.

“Isolated instances such as this distasteful representation of the Program reinforces the need for decisive action, and in the near future, the Commission will be implementing new measures to address these requirements.”

The Commission wishes to remind the Ni-Vanuatu community that the vast majority of individuals who take Vanuatu Citizenship through investment are valuable net contributors to our country and indeed have sustained the country though the economic hardships of the past 12 months.

Chairman Warsal assured everyone that in order to maintain and preserve the Citizenship Program for the future of this country, the Commission will be asserting rigorous control and vetting over the Program, the Agents who represent it, and the applicants who seek Vanuatu citizenship.

While they may be entitled to the Green Passports, the Vanuatu National ID Cards, and certain rights enjoyed by indigenous citizens, they are limited to a number of privileges as per the Vanuatu Constitution.

Article 13 (3) states, “For the purposes of protecting the national sovereignty of Vanuatu, a holder of dual citizenship must not; (a) hold or serve in any public office; (b) be involved in Vanuatu politics; (c) fund activities that would cause political instability in Vanuatu; (d) affiliate with or form any political parties in Vanuatu; (e) stand as a candidate and vote at any of the following elections (i) general election for Members of Parliament; (ii) Provincial election for members to a provincial Government Council and (iii) municipal election for members to a Municipal Council.”