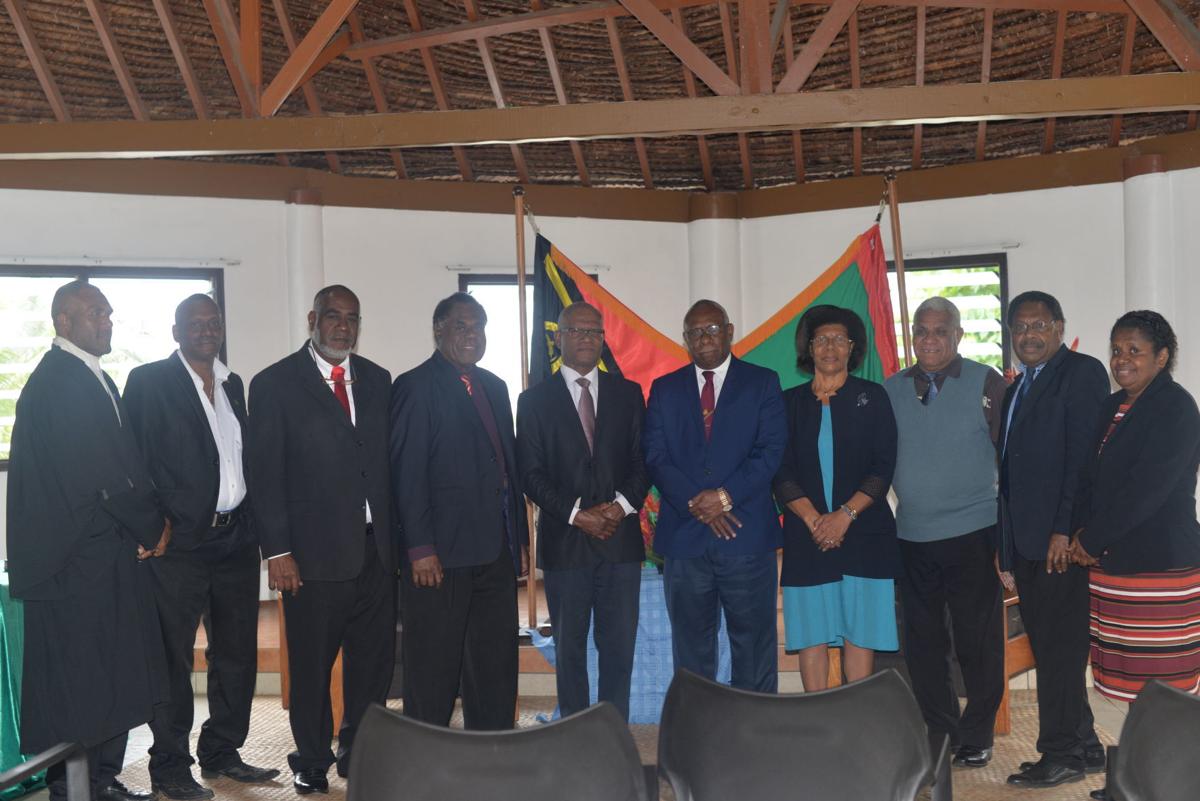 A group photo with the newly appointed Clerk of Parliament 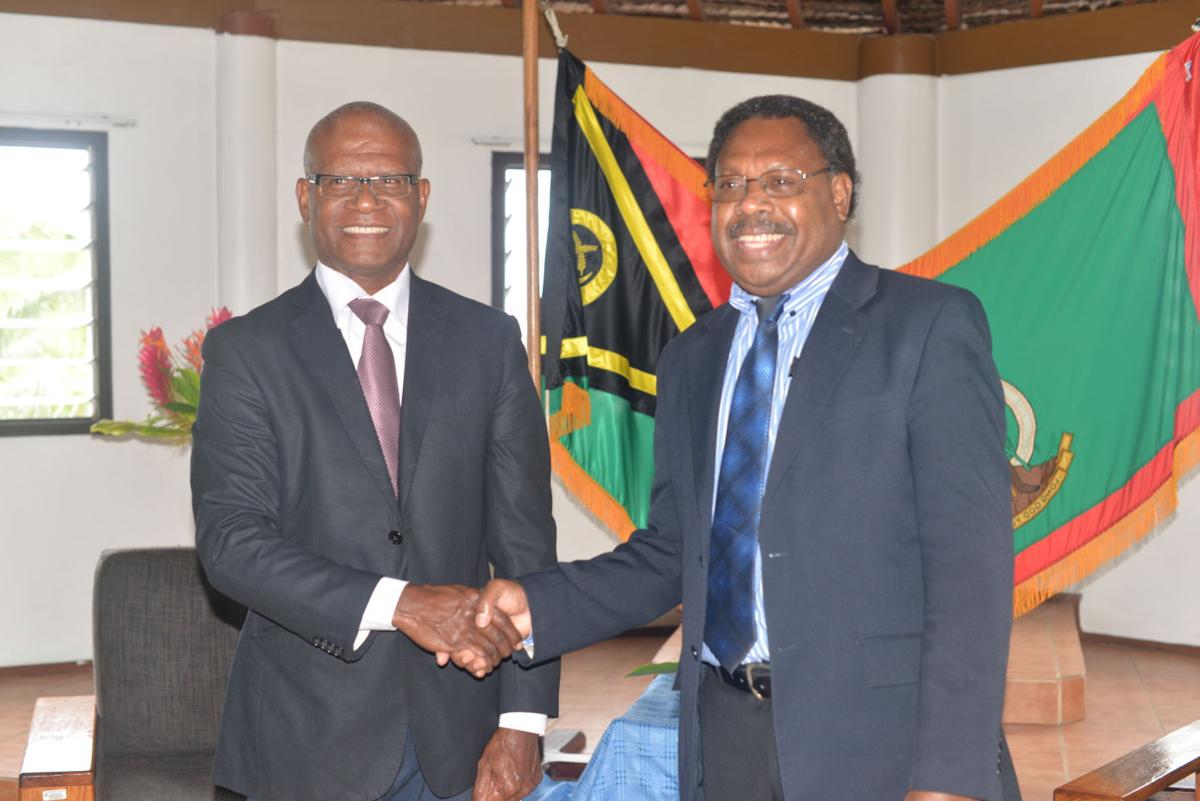 A group photo with the newly appointed Clerk of Parliament

Head of State, Obed Moses has appointed Mr. Raymond Manuake as the third Clerk of Parliament of Vanuatu yesterday morning.

It was also the new Clerk who initiated a project in creating an internet website for the Vanuatu Parliament.

Manuake was the Vanuatu Consulate General in New Caledonia from 2005 to June 2017.

President Obed remarked in his official speech that the occasion was special as it is another challenging path in Manuake’s career.

Manuake is well educated and has served in a many positions within the government.

“You have spearheaded a lot of trade agreements with development cooperations between Vanuatu and New Caledonia during your term as the Consul General of Vanuatu to New Caledonia,” President Obed said.

“I believe the Government has made the right choice to choose you as the new Clerk of Parliament.”

“Your loyalty towards the Speaker, the Ministers, Leader of Opposition and Members of Parliament and the Government must be impartial and respected by everyone.”

The Head of State called on the new Clerk to manage his office with dignity and ensure that all duties and functions of his office are carried out professionally.

“Make sure the works you do are delivered in a transparent and accountable manner and do not abuse the position you are in.”

President Obed thanked the Parliamentary Management Board for recommending Manuake for this respected position.

In his response, the newly appointed Clerk of Parliament foremostly thanked God for guiding him all throughout his career paths.

He acknowledged the Parliamentary Management Board for having confidence and entrusting him to take up this new role.

Manuake said he would do the best of his ability and with God-given knowledge and wisdom, to serve the office and the nation with integrity.

The position of the Clerk of Vanuatu Parliament has been vacant since 2015. Mr. Leon Teter was acting Clerk until the appointment of the new Clerk yesterday.

Daily Post understands the position of Clerk of Parliament has been advertised four times.