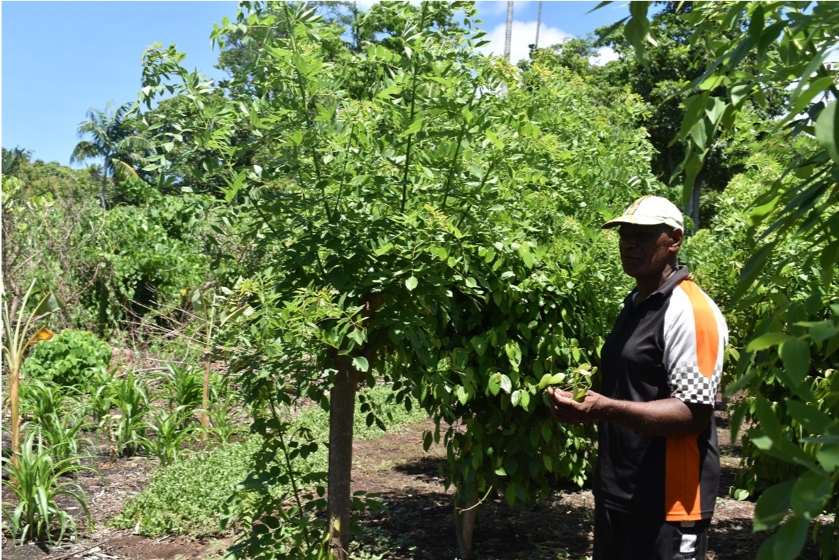 Pepper farmer Tamata at his pepper farm on Malo 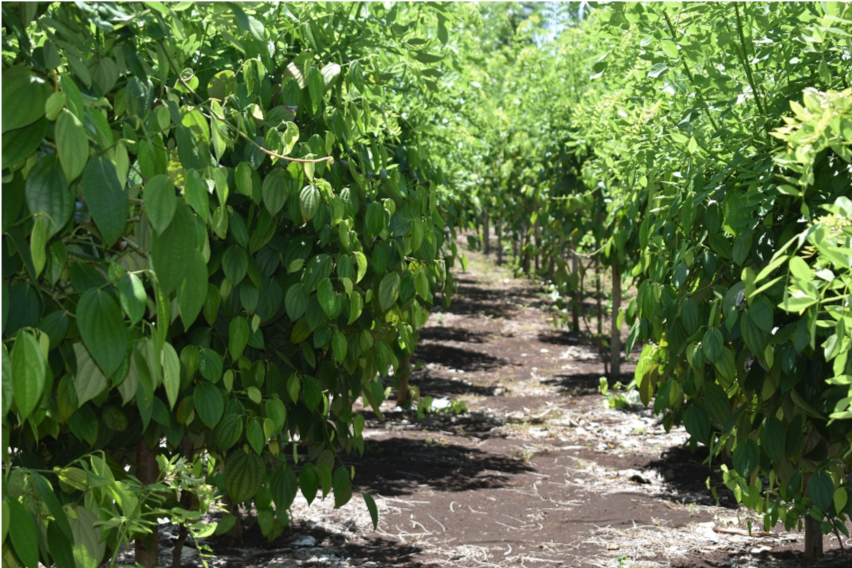 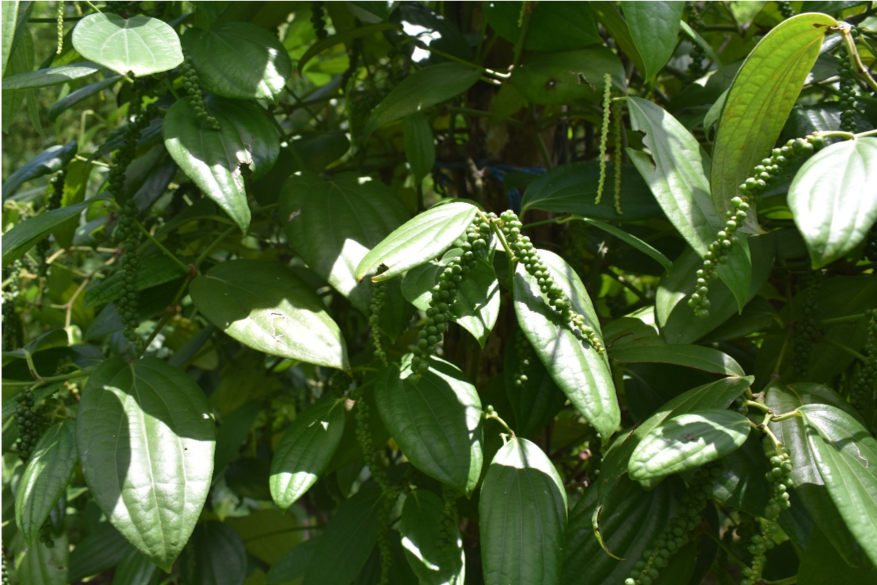 Pepper farmer Tamata at his pepper farm on Malo

Pepper farmer Vanua Sohesohe Tamata who hails from Malo Island, is an active farmer, who has participated in the Regional Seasonal Workers Employment (RSE) programme in New Zealand in 2014.

According to Tamata, field management activities carried out on the grape farms are similar to pepper production and as such he figured since the market is available in Vanuatu, he might as well set up his own plot and apply similar management practices which he had learned in New Zealand to produce the spice.

He has utilized his experience to establish two pepper plots.

“I have planted over 1,000 pepper plants in my first plot in 2015 which some of them were destroyed during cyclone Pam.

“The second and new pepper plot which was established in 2017 contained approximately 500 plants,” farmer Tamata said.

Tamata opted for ‘dead’ support to stake his pepper plants in his first plot but he later realized the disadvantage of using lifeless posts, especially during the dry season which does not help his pepper plants as they became very susceptible to the sun’s heat.

In his second plot, Vanua decided to use gliricidia as live stakes. This required that the farmer must first establish the stakes prior to planting out his pepper plants.

Tamata recommended that it is best to establish this support trees during the dry season for high success rate.

As the stakes show progress, pepper seedlings can then be transplanted. He has about 700 pepper seedlings planted on live stake in his second plot and he is more satisfied with the additional benefit gliricidia offers to his plants in terms of shed.

Pepper is one of the crops that also contribute to Vanuatu’s economy.

Farmer Tamata said the work of farming pepper is very simple and easy for women to handle.

As active farmer he is observant and has made adjustments to improve the support of his plants from dead posts to live staking, using gliricidia.

Pepper harvest season takes place at the beginning and end of each year. In 2019, farmer Tamata reaped a substantial harvest earning over VT260,000 from his crop.

“I am expecting to earn more than this amount but due to challenges of our climate, it affects the production of this crop,” the farmer said.

When visiting farmer Tamata, the Department of Agriculture and Rural Development (DARD) observed his pepper plots and the challenges he was facing and to see how DARD could work in partnership with individual progressive farmers like him to address the challenges through the Assistant Agriculture Officer (AAO) for Malo, Bakon Riu.

“Due to climate changes and current weather conditions, no weeding is done in the plots and this is to prevent soil erosion.

“All I need from DARD is to assist me with adequate tools to help me managed the weeds on my pepper plots because I do not want to expose the soil surface as this contributes to soil erosion.”

“Pepper farmers on Malo prefer to produce local products for sale. We want DARD to assist us to be able to value-add our local made products.

“Our aim is for us pepper farmers to work together to achieve a finished product for the farmers to reap the best benefit from their farm produce.

“Many farmers are ripped off by unfair prices paid by middlemen on black and white pepper.

“So what we farmers want to see is producing a final packaged product ready to market domestically or internationally,” farmer Sohesohe Tamata added.

The farmer continued “Usually, one pepper plant produces over a kilo of green pepper.”

For young farmers who are interested to invest in pepper production, he encourages the use of a specific type of pepper cutting as planting material which he says can even produce flower in 2-3 weeks even while still in polybags.

He does not recommend the use of seeds as propagating material because it just takes too long to produce pepper. New pepper farmers need to also take note that they do not use “runners” that will hardly yield.

Farmer Tamata said, “It will be proper for government departments like DARD to work with RSE workers to utilize the skill and knowledge gained abroad to develop Vanuatu.

“For the past 40 years after Vanuatu’s political independence, our economy is still yet to develop to a standard where people will be economically self –reliance.

“RSE Workers returning home need to be educated on how to use their experience to till their land, reap the full harvest of their sweat, ensuring food security and improving their livelihood.”