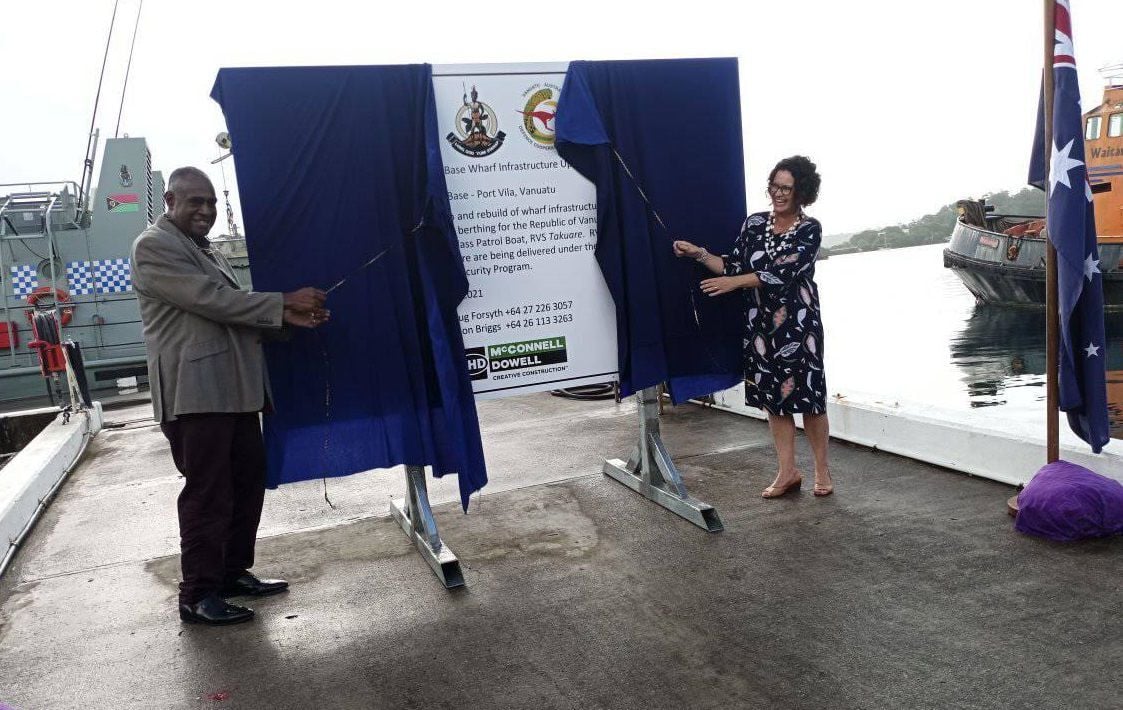 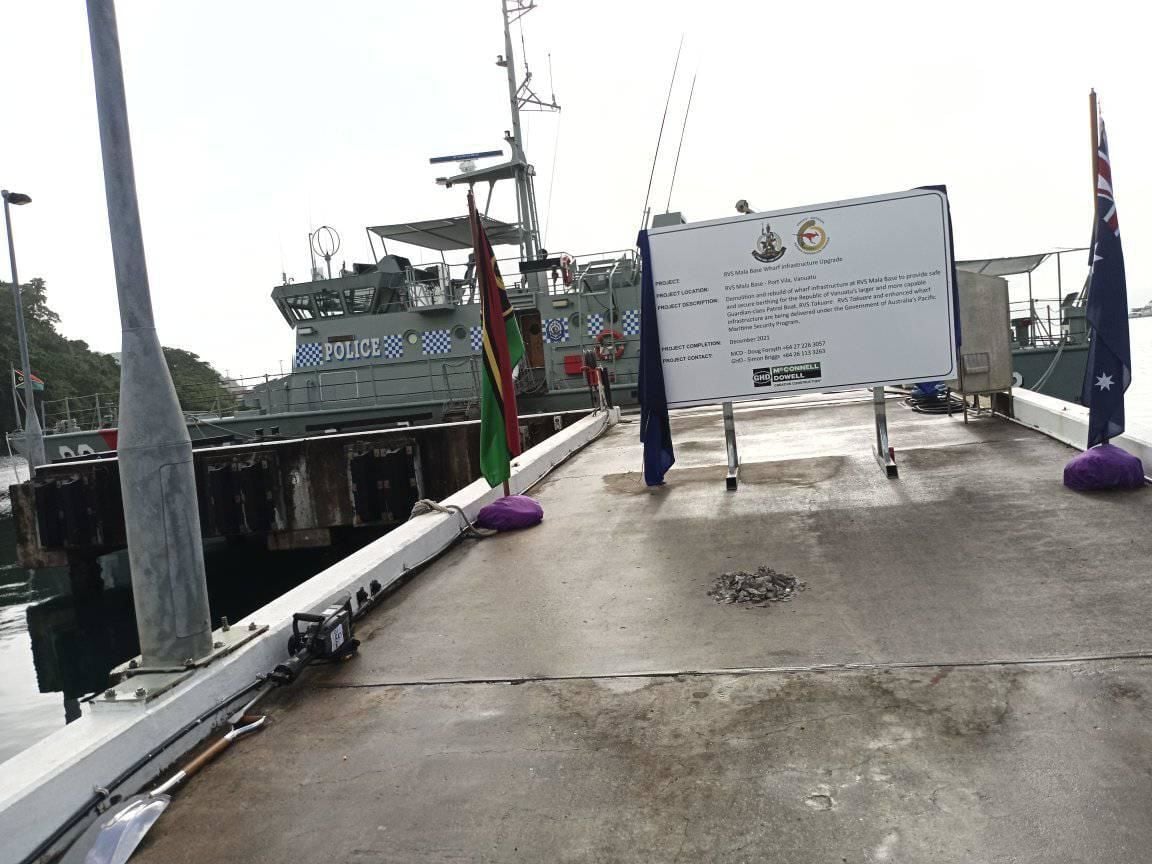 The Mala Base Wharf in Port Vila will soon be demolished and reconstructed to provide a safe and secure berthing for RVS Takuare, Vanuatu’s larger and more capable Guardian-class patrol boat.

This is one of the major upgrades of Mala Base Wharf since the arrival of RVS Tukoro in 1987.The contractor, McConnell Dowell Constructors will be demolishing the wharf soon. It will take several months to complete upgrade works.

The new changes include: replacement of the existing L-shaped wharf with a new vehicle accessible pier, a derrick crane with an 8-meter reach to lift stores from either side of the pier, new ladders, fenders, service points and wharf lighting, electrical upgrade and a 20kW roof mounted solar panel system to supplement base electrical supply.

This new upgraded wharf will be delivered by the government of Australia, through its Pacific Maritime Security Program assisting countries to protect maritime resources and reducing costs of illegal activities.

Australian High Commissioner to Vanuatu, Sarah deZoeten, said the project is a testament to the enduring strong relations between Vanuatu and Australia.

Commissioner deZoeten and the Deputy Prime Minister (DPM) and Minister responsible for security, Ishmael Kalsakau unveiled the project signage in the presence of the Acting Police Commissioner and senior officials yesterday.

Minister Kalsakau commended both governments and technical staff who strived to ensure this project came to fruition.

He said the generosity that Australia continues to demonstrates to Vanuatu is that of a family and as minister responsible for security, he wants to see this partnership grow to the next level in the future.

“Such a development in this part of Port Vila city is massive and brings with it bountiful benefits,” he said.

“The economic prosperity that this project will provide is invaluable. National frameworks such as National Security Strategy clearly states that border security and disaster response are vital to national security and echoed in the National Sustainable Development Plan.

“Therefore, having such an infrastructure will mean that we are serious about our borders and keeping our region safe.”

He also said that the high quality infrastructure project is a flagship achievement because of a strong Vanuatu-Australia security partnership.

After the unveiling, Minister Kalsakau and Commissioner deZoeten were invited to update the RVS Tukoro countdown to departure board.

Vanuatu will be farewelling RVS Tukoro in less than 20 days and will welcome its replacement in the coming months. Acting Police Commissioner, Robson Iavro, said RVS Tukoro has served Vanuatu very well for over 30 years.